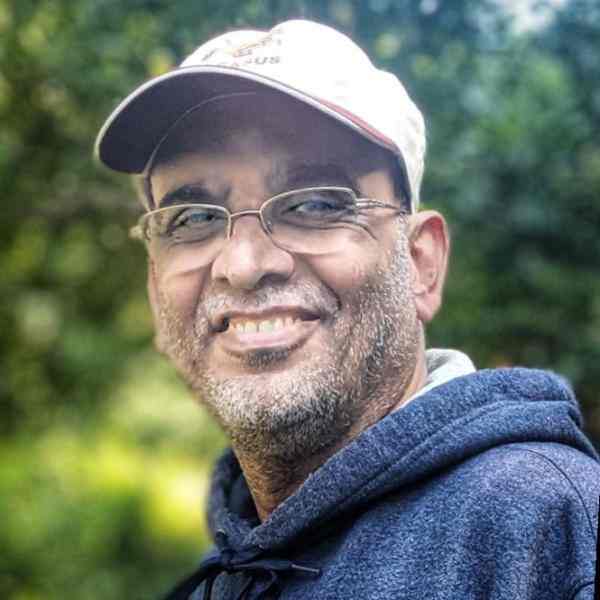 J.M. Sampath is setting out to make psychology increasingly a part of the average Indian's skills. Since modern values depend on people being able to empathize with and thereby understand the impact they will be having upon others, popularizing psychology may well be critical to strengthening society's values.

Sampath, a human resources development professional seeking to strengthen values by encouraging a deepening of the public's psychological awareness, has developed a powerful tool to help him -- games.He started with a values-oriented game, "Discovery," and has also been developing other games based on psychology and ethics. All his games stimulate creativity, provide a release from academic pressures, and introduce values-inquiries as part of Outward Bound's program. One of Sampath's most promising new ideas is for a game that would induce the players to reflect and discuss the stages of the human life cycle. Each new idea is a further step towards his broader objective -- making the basic concepts of human resource development something that millions of Indians of all ages understand and use.Sampath was introduced to "human resources work" in 1983, while he was a student of the Madras School of Social Work. He attended monthly labs organized by the Indian Society for Individual and Social Development and the Indian Society for Applied Behavioral Sciences and gained experience. Gradually, scholastic interest and extensive reading of the works of Anthony de Mellow, Richard Bach, and others heightened his awareness about his own emotions and led to the central question: "How can one bring about a process of questioning and of achieving psychological awareness in the masses?" He found an answer when he chanced upon Ashoka Fellow Venkat Rao's Snakes-and-Ladders game based on environment (released via his organization in Hyderabad -- the Centre for Environmental concerns).Sampath has already begun to activate major networks to promote his games. UNESCO has decided to send "Discovery" to Paris and Bangladesh; Sampath had a meeting with NCERT (National Council of Educational Research and Training) which has reacted favorably, as has UNICEF; he has addressed forty members of the Indian Society of Behavioural Sciences in Jaipur, acquainting them with his games and their purposes; he has received some assurance that the 400 Navodaya schools (3-year-old government schools of excellence) will buy his games; some interest has been shown by the ILO and the "Kendriya Vidyalaya Sangathanas"; the Delhi Management Association recommended to the government of India that the game be written into the "Five-Year-Plan"; and Sampath has begun to conduct workshops in several schools in Delhi and Jaipur, while "Titan" watches is organizing a one-day workshop for all the headmasters of the interior districts of Tamil Nadu.

A value system can be eroded or blurred if its basics are not spelt out and implanted at an early stage of an individual's life. Sampath therefore intends to work extensively with teachers "who churn out the social system." Moreover, the concept of human resource development (HRD) is at the moment in danger of becoming a fad imposed by organizational heads from above. Sampath's contribution, therefore, would be to help in spreading the idea from below and in popularizing the introspective process by making it enjoyable and rewarding rather than fashionable.

Discovery uses a snakes-and-ladders format to make the players introspect and define values with the help of parables. "Discovery" can be played on three levels, representing three levels of learning: explicit -- of a kind that can be played at home or school among children, buttressed by the excitement of scoring; experiential -- where players share real-life experiences similar to the parables; and introspective -- which is suitable for training workshops, and which would help shape value bases.

Sampath sees three phases in the further development of his work: first, he plans aggressively to encourage the use of Discovery. Second, he plans a series of other interventions to popularize other aspects of psychology. These include experimenting with additional media of popularization, e.g. an illustrated book version of Discovery that might encourage its readers to enact some of the parables. Finally, he hopes this work will underwrite the nonprofit society "Arpitha" he is now starting, which would pursue human resource development even more broadly.

Sampath received his B.A. in economics and then his M.A. in social work with a labor management specialty. HAL (Hindustan Aeronautics Limited) then trained him for 18 months at their HRD Institute, in exchange for which he committed to work for them for five years. He left the company after two and a half years to work for Triveni Engineering Works, but intends to resign from this job as well, switching gears from a corporate career-and-hobby mix to this consuming interest which has become a cause.

By nature, Sampath nurses a high degree of sensitivity and feels that this element lies buried in most of his countrymen because of their hesitation to talk through -- and therefore learn from -- experiences which may not show them in a flattering light. He wishes to break this barrier with his games, which encourage sharing and learning in the true sense of what "human values" -- usually associated with moralizing -- are really about.