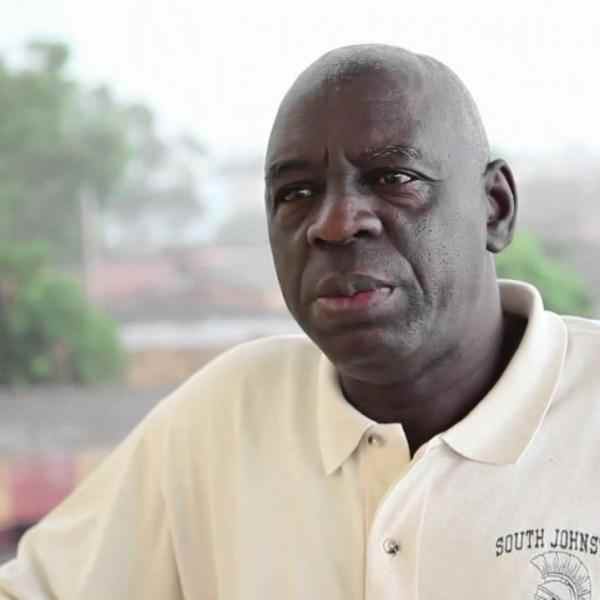 By combining literacy training, mentoring young Malian authors, publishing textbooks written by Malians for use in local schools, and a revolutionary low cost rural book distribution scheme, Ismaila Samba Traore is preserving Mali&#39;s rich indigenous knowledge base while giving rural Malians access to the broader world and pride in their own culture and history.

Ismaila Samba Traore&#39;s vision is to add a lettered tradition to Mali&#39;s strong oral tradition, building on the rich cultural history of the former Sahelian empire. Ismaila&#39;s enterprise, The Sahelian, combines publishing books by Malians, about Mali in local languages, and village-based literacy training, with an unrivaled distribution and marketing system that gets low cost books to rural readers. The Sahelian also encourages adolescents to travel through villages in Northern Mali, where they interview villagers, take writing workshops, and then publish books about the experience for use in Malian primary schools.
Through this combination of literary activities Ismaila demonstrates to rural Malians the value and richness of the knowledge they possess and provides access to a broader world through reading and writing. &quot;We are a society of 8 million people with 8 million little ideas,&quot; Ismaila says, and creating a reading society will help unlock them. &quot;We are not condemned to die of poverty and ignorance. We can change our lives during our lifetime, but we can&#39;t wait for that from the government or anyone else.&quot;

The fodder for a rich written tradition in Mali exists, but simply remains untapped. In the 13th century Mali was home to one of Africa’s greatest empires. Music, dance, and oral traditions were rich and varied—some compare Mali’s role in Africa’s cultural history to that of Ancient Greece for the West. Many of these traditions have survived, passed down orally and through the tradition of griots, professional storytellers and cultural guardians. They remain valued and important, and yet have not been able to bolster Mali’s position on the global stage. Colonialism, with its European emphasis on writing, did little to nurture these traditions. As information increasingly was conveyed through the written word, rural communities were isolated and their social capital lost value. 80% of Mali lives in rural areas, and a mere 10% is fully literate. The isolation is also physical, as minimal infrastructure makes access to rural areas difficult. In theory, school and education should help to bridge this gap. And yet Mali’s school attendance rates are some of the lowest in the world. The textbooks available are remnants of colonial days, mere copies of French texts full of irrelevant examples about “a day at the beach” or “skiing in the Alps”. What results is a collective sense that writing and reading aren’t relevant for rural Malians and their culture cannot be communicated in the same way. Communities turn back to oral traditions to sustain themselves, and yet they do not hold ‘currency’ as rural Malians seek pathways out of poverty. Increasingly, generations of young people are losing this connection with their history and culture.

Ismaila&#39;s strategy features four interlocking parts. The first is The Sahelian&#39;s publishing activities, which center on texts by and for Malians published in both French and local languages. Ismaila authored The Sahelian&#39;s first publication, &quot;Hine Nana”, which tells of the history and culture of a northern region of Mali where Ismaila did research. He plans to produce 10,000 copies of each title for a general readership, and 30,000 copies that will be used in schools. The Sahelian also will publish monthly journals in local languages, beginning with the &quot;Saheli&quot; to be distributed in the Segou region. These journals will feature local news and articles written by local people.
The second part of Ismaila&#39;s strategy is an effective distribution strategy to open up access channels to get books in the hands of rural readers. Ismaila works with village chiefs to select someone in each village who will be responsible for selling The Sahelian&#39;s publications. With the assistance of local leaders, The Sahelian then mounts a publicity campaign using word of mouth and local radio to advertise not only the publications, but the person charged with selling them. Thus The Sahelian&#39;s local &quot;agent&quot; enjoys a certain status, which motivates him, and local people become interested in a book that is relevant to their lives.
The third part of Ismaila&#39;s approach is village based literacy training in local languages. The Sahelians&#39;s program is highly successful because it uses texts that directly address village problems and history. Many of Ismaila&#39;s former students are now themselves active writers, and he plans for them to be active contributors to The Sahelian&#39;s regional journals.
The fourth major part of Ismaila&#39;s strategy involves events like the &quot;Caravan Sahel&quot;. In September 1992 Ismaila took 16 children aged 11-17 on a ten-day journey through villages in northern Mali. The children spent their days interviewing village elders and at night Ismaila conducted writing workshops for the children. At the end of the trip the children produced texts to be published by The Sahelian for use in schools throughout the country. Ismaila&#39;s plan is that each Caravan group become an autonomous and self-financing entity, generating revenues through book sales, and the production of their own newspaper or magazine. He notes that &quot;in twenty years, we&#39;ll be counting on these children.&quot;
The Sahelian core team is currently comprised of five people: Ismaila, an administrator, a secretary, and two extension agents. As The Sahelian grows, he envisages that these five will remain at the center, with extra peripheral staff added as needed.

Ismaila&#39;s parents were book collectors, and he remembers beginning to write travel stories when he was 15. Ismaila attended secondary school in Mali at the National Institute for the Arts, and after graduation he spent three years working as a reporter for Radio Mali. In 1974 he went to France, and there spent seven years at the University of Bordeaux. He studied journalism, comparative literature, and communication and went on to receive a Masters in Communication.
When he returned to Mali in 1981 he went back to work for Radio Mali, and also served for four years as the President of the Malian Writers&#39; Association and for two years as the Malian National Associate Director for Arts and Culture.
In 1985, seeing the great need for books in Mali, Ismaila purchased 125 books in Cote d&#39;Ivoire, brought them back to Mali, and revitalized the dormant Centrale d&#39;Edition, de Diffusion et de Promotion Africaine (CEDIPA) (African Center for Book Publishing, Distribution and Promotion). This center promoted films and books as well as exchanges between artists. With this enterprise Ismaila sought out &quot;people who can invent the future.&quot;
Also in 1985 Ismaila was invited to visit China for three weeks as President of the Malian Writers&#39; Association. The visit had a profound effect on him as he was very impressed at how the Chinese &quot;live at the level of their own need, close to the earth,&quot; and he saw this as a viable alternative for Mali to European-style development.
In 1988, together with Alpha Oumar Konare, Mali&#39;s current president and another associate, he co-founded JAMANA, a newspaper and publishing house. Despite the difficult conditions in Mali, Ismaila is hopeful for the future. He says that &quot;even if a country is broken, the spirit doesn&#39;t die.&quot; His personal motto is: &quot;Each person, each day, one stone.&quot;