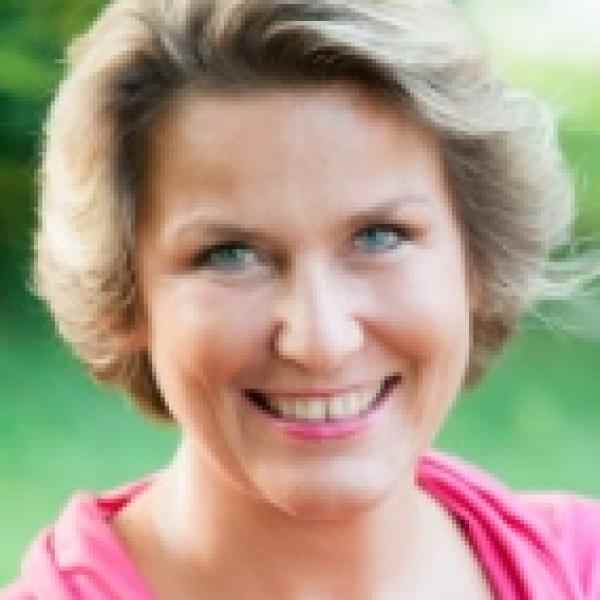 Isabella Lenarduzzi is bringing women and men together to create a new economy, one that values work-life balance and diverse management practices, and thus reinvents what it means to be successful at work and in the home. Beginning first in Belgium and France, and eventually spreading to other European countries, Isabella is triggering multinational corporations, their CEOs and human resource managers, as well as a broad-based network of professional women, role models, and champions of her vision.

Isabella is using a three-pronged approach to demonstrate how a corporate culture that values work-life balance and inclusive management practices can benefit everyone in society through improved human and economic development. Isabella first identifies role models and champions who embody this new corporate culture and exposes how they are changing the rules of the game—through events, marketing and press relations that reach the general public, as well as business leaders and middle managers. By reinforcing how these champions are breaking traditional gender roles, this visibility gives them an even stronger ground to pursue corporate culture change.

Isabella focuses on creating a permissive environment for these champions by legitimizing them within their own companies. Large multinational corporations are invited to sponsor and send their employees to a mainstream annual forum, which gives Isabella access to a strong pool of talent and leaders. Isabella is also creating the first Belgian community of equality managers (an important internal stakeholder group) and connects them with a broader European network to foster a culture of innovation separate from traditional leadership programs and corporate women networks. By recruiting and giving tools to a broad-based network of professional women who understand the need for a new corporate culture, Isabella exponentially grows the number of female middle managers who have the tools, networks, and self-confidence to change their self-image and promote their own style of leadership.

In response to many activists and studies of the missed economic opportunity of gender equality (e.g. McKinsey’s “Women Matter 2012”, a study presenting a benchmark of gender diversity programs in 235 European companies), most large companies have developed gender equality programs. In fact, 90 percent of surveyed companies in McKinsey’s study have gender diversity programs and the topic appears as one of the top 10 strategic priorities of more than half the companies. However, there is a discrepancy between the goals of these programs and what is actually implemented. Often, a CEO’s commitment does not trickle down to management levels, where only 41 percent of managers believe gender equality will have a positive impact on their company’s performance. Furthermore, existing programs do not transform the corporate culture because they only encourage women to adopt the male corporate path to success rather than foster an environment where everyone can thrive.

Corporate cultures are also not taking into account a growing social trend that is transforming traditional gender roles. For decades, men have aspired to professional success while women have focused on personal success (family and marriage.) Increasingly, aspirations are aligning: more than 90 percent of men and women want to succeed in raising their children while only 50 percent say professional success is a priority. Interestingly, the latest studies show that women surpass men in valuing their career success.

However, these shifting aspirations are slow to translate into changing attitudes and behaviors. Women may have new professional and personal goals, but they are not achieving them nor finding strategies to do so. Statistics show that only 13 percent of French women ask for a pay raise in their annual review

versus 23 percent of men; and that 1/3 of women hope for a promotion versus 2/3 of men. Underlying this reality is a lack of female role models that show “having it all” is possible.

While feminist efforts over recent decades have pushed legislation that protects equal rights for men and women; corporate culture has not changed. Companies are largely dominated by men. In 2010, women on average made up 12 percent of board members in the biggest publicly-listed companies across the European Union. Only 14 percent of board chairs were women. In male dominated workplaces, the definition of success is largely male. The prevailing idea in continental Europe remains that aspiring managers need to make themselves available anytime, anywhere with little consideration given to work-life balance. A certain male leadership style also prevails which often limits women from expressing their true values and personality. Instead, they try to adopt those values and personalities which are deemed more “successful” in the workplace.

Isabella is trying to shift this corporate culture by demonstrating that a more inclusive economic model is possible—one where men and women can have success both at work and at home. She provides a missing platform for all relevant stakeholders—including men—who want to change corporate culture, but do not have the support to do so, by providing them with the confidence, tools and the most strategic outlets to press for lasting change.

While mainstream gender equality thinking focuses on equal pay for equal work, and of fairly shared responsibilities at home, Isabella shifts the debate to empower both men and women to embrace their true aspirations for personal and professional success, and then shows how this ultimately advances the economy. Leveraging her past experience in communications, she has developed an ambitious media strategy built around men, women, and corporate role models who have found a satisfying work-life balance and are thriving. She leverages 500,000€ (US$637,000) worth of free marketing and PR every year from partner companies and media to tell their stories. To provide an identity for this community of role models, Isabella has created a powerful JUMP brand that positions equality as all inclusive; using pink (also a business color) and a recognizable logo.

Isabella works to create a permissive environment that legitimizes individual champions of her vision. To create a supportive environment, she invites large corporations to engage in her vision through the annual forum she organizes in Belgium and now in France to advance the debate around gender equality and personal/professional success. “Men and women as allies for greater equality and performance” was the title of this year’s forum that welcomed over a thousand participants including experts, executives and professional women. Isabella has been very successful in mobilizing the largest corporations in Belgium and France, including Deloitte, Sodexo, IBM, and Danone to sponsor the forums, inviting their top and middle managers. Isabella has ambassadors within all major companies.

Isabella also engages companies through an awards strategy given out every year to an executive leader, to highlight his/her personal engagement in corporate culture change. These leaders have become her greatest allies, as this recognition gives them the internal legitimacy they need to push further progress within their corporations. For example, Tom Declerq, Managing Partner for Talent at Deloitte won the [email protected] Award last year, said it helped him to promote gender equality within the company’s hierarchy and gave him the legitimacy to implement innovative equality programs. It was also an important moment from a personal perspective, as he feels he has a personal responsibility as an ambassador and role model on equality and diversity issues.

Isabella is also creating a supportive environment for corporate equality managers, another key stakeholder for shifting corporate culture. Because equality managers are isolated in their own silos, Isabella is creating the first of its kind network of equality managers in Belgium, across the country’s deep language barrier, which will become a platform to exchange practices, hear from experts and innovators, learn about cutting edge research, and accelerate their ability to transform gender equality programs within their companies.

Engaging individual champions and entire corporations around her vision is not enough to empower women who suffer from internalized discrimination and have adopted gender stereotypes as part of their self-image. Isabella has thus developed the Jump Women’s Academy for life-long learning. This offers a series of workshops and trainings to help women define their own success and influence the practices and culture around them, at work and at home. All content is relayed in a newsletter that reaches 170,000 women every month in Belgium and France. With three to four workshops each month in Brussels, Overijse (Flemish Belgium), and Paris, it is creating a sorority of women who reinforce each other’s decisions and determination to create change. Most women surveyed say they now have the self-confidence to start gender equality initiatives in their companies.

While most professional women’s networks target senior management, Isabella’s JUMP network targets middle management, ages 25 to 45, a crucial time for women in their personal lives and when companies often detect high potential. JUMP does not have membership fees and uses a sliding scale for event or training fees. Uniquely, it also works across all sectors (private, public, and citizen sectors) and focuses solely on the European continent. Its newsletter, events, workshops, and trainings are always offered in English and the local language(s). Active in Belgium and France and reaching out to women across Europe, Isabella aims to make JUMP a European leader on the issue within five years. She will expand forums and workshops in various countries, including Poland, Germany and Luxembourg, broadening her women’s network, influencing European Commission legislation, and developing a structured campaign on a new generation of male and female role models.

Isabella always felt she had a cause and purpose in life from a young age. She was raised by a migrant family of Italian miners, and in the various countries she grew up, she was deeply influenced and shocked by male-dominated cultures and the inequality between men and women. Isabella believes these experiences influenced her to become, “a feminist for others.”

At a young age, Isabella developed an organization, La Voix des Femmes (translated to The Voice of Women), to empower immigrant women in Belgium to gain independence and become better agents of their lives. Using a location only accessible to women, she promoted cultural exchange and social mediation. In 1987, at 27, Isabella and two male associates created a media company which organized student fairs in European countries and published two monthly magazines to promote positive messages to young readers (aged 15 to 25).

Managing these companies, Isabella realized she always struggled to legitimize her leadership. Stakeholders saw her as an assistant and she did not feel recognized and valued as an associate and business partner; though she had been elected entrepreneurial woman of the year by a leading Belgian business magazine. Isabella started to imitate male behavior in managing her team and leading business meetings but felt disconnected from her true self.

Moving to Italy with her husband and children, Isabella rapidly took on the role of wife and mother, giving up many of her professional ambitions. Unhappy, she returned to Belgium and began to think about how to change women’s self-image and societal roles. Isabella created JUMP in 2006.