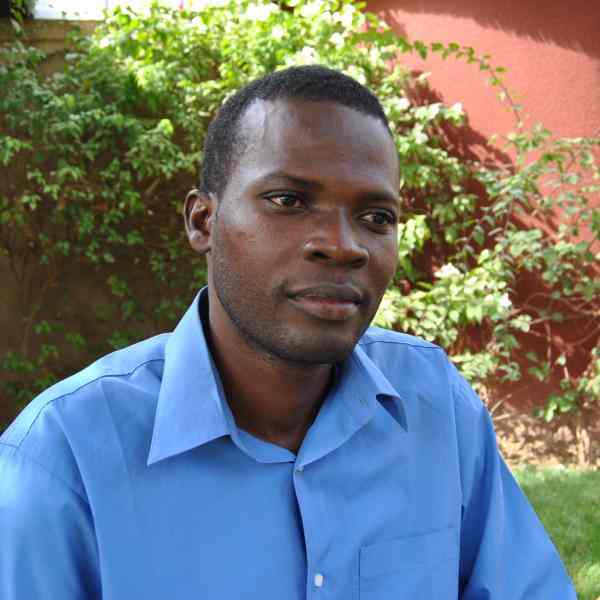 The son of a farmer who never seemed able to gain control of his life, Inoussa has developed a model that firmly repositions the farmer from a bystander at the side of the road to the driver of his fate.

Recognizing that even when well-intended, many agriculture development programs are actually bereft of the ever-so-crucial “farmer empowerment” component, Inoussa has decided to demonstrate what it means to truly “put the farmer in charge.” Specifically, he is partnering with small farmers to co-create a company that closes the gaps currently stifling the agricultural value chain. Often for the first time in their lives, farmers are actively involved in thinking through what problems exist, and thus, what goods and services the business should provide. Through this process, not only is Inoussa improving farmers’ economic situation, but more critically, he is changing their view of themselves and the role they must play in fixing their industry. Finally seeing themselves as the actual drivers of what life as a farmer can and should be like - rather than embracing the role of the passive victim of a system that is already pre-determined by others and which they have no power in - farmers are awakening as the active problem-solvers they need to be to really take control of their destinies. This process is further enhanced by presenting the opportunity to farmers to join the company as shareholders, a position never before associated with the small farmer. In this role, farmers’ participation is elevated to the highest level of critical thinking and decision-making as they are asked to contemplate challenging questions like what is the trade-off for the company (from which they now get dividends) of charging farmers (a group they are still a part of) more or less for the goods and services the company is providing. This 360 degree view has never been granted to the farmer. Moreover, being a shareholder also has many other empowering effects like cultivating an investment mentality among farmers, as well as the general principle of diversifying sources of income.

In Burkina Faso, and much of sub-Saharan Africa, small agricultural producers comprise over 80% of the population and struggle to stay at or near the poverty line. In these geographies, farming is an uncertain and often highly volatile way to earn a living as dependence on rainfall and other challenging environmental conditions can create significant vulnerability. This difficult reality is further compounded by a broken and often predatory agricultural industry that makes it hard for farmers to embrace anything besides a passive role in their fate. Lack of information of actual market demand prevents farmers from making targeted production plans, for example, while simultaneously, it allows middle men to set the price of whatever the farmers do happen to produce. Getting access to inputs can also seem like an impossible task as buyers sometimes do not know who is selling, sometimes do not have money in advance to buy, sometimes do not trust sellers who have disappeared with their money in the past, sometimes get sucked into exploitative predatory lending schemes that further entrench farmers into cycles of debt, etc. There is indeed no end to the inefficiencies that currently plague this sector at every phase of the value chain – from production techniques to distribution channels – due to information and service gaps, all of which encourage an almost resigned, passive state amongst farmers.
Further compounding this situation is the approach of the public, private, and citizen sector organizations that intervene in the rural zones in an attempt to solve the problems of farmers. Even as their intentions may be different, their actions often portray the same disempowering elements found in the actions of exploitative middle men and predatory lenders. They often do not consult farmers or include their ideas when developing agriculture development programs, for example. Not only does this increase the number of misguided programs in the short term, but it also does not nurture or encourage the development of creative or elastic thinking amongst farmers, which is so vital in a field and geography that requires constant problem solving and adapting. If not before, this becomes most obvious once the program disappears. In Burkina Faso, for example, many farmers are still producing the crops that used to be purchased as part of a government scheme despite the collapse of that scheme and the lack of a significant real market for those products. Many Burkinabe farmers are also reeling from the sudden stop of government handouts of agricultural inputs – like fertilizer – on which they have become dependent, and which now feed into the predatory lending problem.

As the 11th child of a very large family and the first child to attend school, Inoussa is very aware of farmers’ challenges. However, he decided to pursue his studies in agronomy in order to better understand the technical aspects of the agricultural sector. When seeking to complement his classroom knowledge with more practical experience, Inoussa turned down a well-paying structured job, instead choosing a less lucrative position that would also provide the flexibility to allow him to experiment and learn more creatively.
While his primary responsibility was to improve the farmers’ meeting groups in this role, he found that their biggest problem was caused by inefficiencies in production and distribution channels, yet these issues were never really discussed in the meetings. Even though this problem lay outside of his scope of work, he traveled to Ouagadougou to find clients who would buy the farmers products as well producers who would sell the farmers inputs. Knowing that the farmers had difficulty repaying their loans, fertilizer and seed sellers initially did not want to provide their products on credit. However, Inoussa was able to convince them to provide fertilizer for the farmers on credit and surprised the merchants when he mobilized the all farmers to pay off their debt in full after the harvest.
Inoussa experienced first-hand how the lack of steady family income creates extreme difficulties for parents to pay for their children’s school fees. Because Inoussa himself had to overcome many obstacles as a child in order to pay for his education, he has gone directly to school principals in Pô and guaranteed that children’s school fees will be paid. Inoussa’s dream is that farmers will take hold of his idea and quickly resolve the problems in their own industry themselves. Perhaps then, by using what they have learned in the agricultural sector, they will be able to revolutionize other industries, each with their own set of problems waiting to be solved.