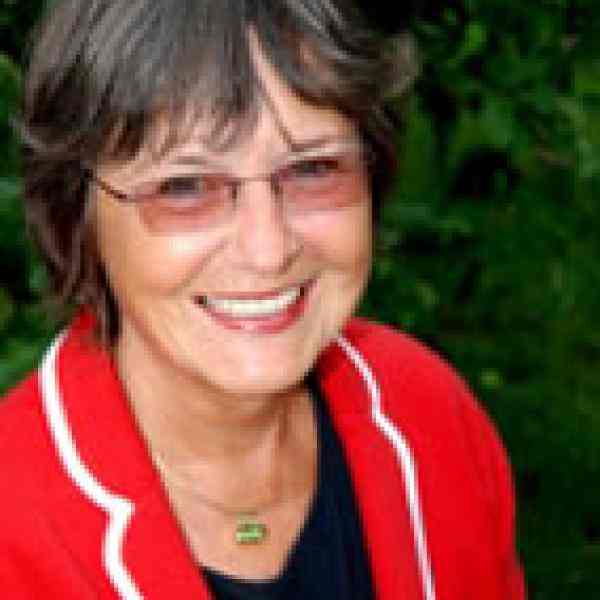 Hildegard Schooß recreates community-based forms of care, volunteering and entrepreneurship in uniquely designed multigenerational houses. With hundreds of such centers across Germany, her program is a powerful antidote to individualism, isolation and exclusion that often characterize urban life by providing mothers, children, and the elderly with a vital space for community members to incubate new programs, services and businesses to serve their needs.

Hildegard’s multigenerational houses challenge the marginalization of excluded groups by reintroducing venues that foster neighborhood relations. By adapting the African proverb, “It takes a village to raise a child,” to industrialized societies, caring for children, the elderly, the sick, and the handicapped are collective and mutual responsibilities. Having been described as “public living rooms,” the centers allow the elderly, women, and children to claim a public space. The multigenerational houses managed and operated by their members, provide peer-to-peer contact and exchange on a drop-in basis. Basic social and family services are also made available, in addition to support for entrepreneurial activities and trainings by providing workspace, consultancy, and skill-building activities.

Multigenerational houses impact communities on several levels. They influence the quality of parenting and child-raising, as well as the quality of family relations. They also revitalize neighborhoods, bring new family services and facilities to the communities, and provide a platform for grassroots players to be involved in local governance. The multigenerational housing movement, which has been led by Hildegard since the 1980s, has contributed to the transformation of social institutions and changes in legislation. It has created a paradigm shift in the field of social work and social welfare: Mothers and families are no longer seen as mere clients of professional programs, but as active participants in local planning and decision-making.

One of the consequences of the growth of the welfare state in Germany has been the segregation of beneficiaries into specialized welfare structures, versus integrating them into community life. As integrating institutions, such as extended families, religious institutions, clubs and associations play less of a role in bringing communities together, but often professional activities do for, those economically inactive.

Family and community structures in contemporary societies are disintegrating. The economic demands for increasingly mobile workforces challenge the ability for families to serve as the primary social support system for their members. Frequent changes of residency and long distances between family members destroy established intergenerational support structures within families, leaving mothers, children, and elderly on their own. Additionally, traditional neighborly help and solidarity, formerly existing in village communities, has been lost through the trends of urbanization and individualization common of modern lifestyles. Mothers, children, and the elderly too often find themselves marginalized and isolated from public spheres, deprived of participation and decision-making in public life.

New ways of fostering intergenerational community are needed as the family unit is shrinking in Germany and various groups are becoming more isolated and excluded from public life. Children experience limited access to peer contacts and to public spaces, due to the increase of single child families and better access to technology (i.e. computers and video gaming). Young mothers can undergo a loss of self-confidence when raising children, a task which demands different daily rhythms and priorities than those constituted by public norms and the labor market. Elderly people, as they leave the work force and become less mobile, often feel needless, lonely, and disconnected with the world. These communities need a place where they can learn to establish confidence in social contacts and relationships and develop trust in building democracy from the bottom up. Intergenerational houses provide such a space.

Intergenerational houses grew from Hildegard’s own experience as a young mother without a solid social network. Realizing that it does indeed take a village to raise a child, Hildegard opened the first multigenerational center in 1980. Soon after, with support from academic researchers, she wrote up the concept of the centers, initially coined “mother centers.” In 1981 Hildegard co-founded two more mother centers in Munich and Darmstadt and the National Family Ministry began funding the first three centers. Since 2003 Hildegard has worked with the family minister of Lower Saxony to further develop the concept of mother centers, expand the number of new centers, and develop evaluation tools. When the minister became Federal Family Minister in 2005, Hildegard helped to introduce a national initiative, which spread the concept of “multigenerational houses” all over Germany. Today, over 100,000 Germans are actively contributing their skills to the community in 500 centers throughout the country. Today, that first center, based in Salzgitter has grown to 100+ members with more than 600 visits per day. It was recognized by the world exhibition (EXPO) in the year 2000 as an innovative concept for creating private-public space.

Multigenerational houses differ from the traditional approach to social services in which an expert solves a problem for the client. The mother center philosophy turns this approach upside down: Everyone is good at something, so together the community has every skill it needs to thrive. Multigenerational houses are self-managed, community-driven organizations that facilitate service exchange based on reciprocity. Individuals, particularly the isolated and excluded, encounter a level of support and engagement—through volunteering, trainings, and personal connections—that German social services have failed to provide. In multigenerational houses everyday life competencies are focused, consolidated, and channeled into community leadership, regarding, i.e. public childcare provisions, quality playgrounds, safer traffic conditions, or family friendly urban planning, and housing. They offer a platform for the issues of parenting and for community interest, to be linked to national campaigns and policies, to achieve a family and child-friendly society and environment.

Multigenerational houses reintroduce village structures within a modern city as they reunite private life with community bonds, bringing citizens into open houses and under the same room. The core of every house is a daily drop-in coffee shop with childcare for mothers and support for elderly. The center offers infrastructure for micro entrepreneurial activity, involves projects that help lower expenses for families, and supports families with their everyday chores, as well as in times of crises. They include services such as a second hand shop, hair cutting, lunch meals, a toy library, sewing classes, and repair services. There are also trainings to help expand skills to re-enter the labor market, such as language courses and computer and job retraining courses. Holistic health services are also part of the daily program. Within the setting of multigenerational houses a range of family services have been developed, i.e. pick-up and escort services for children and elderly, janitor and maintenance services, and meal and shopping services. Housing these services under one roof creates an animated meeting point in the neighborhood for all generations. It places child and eldercare services in the context of genuine neighborhood relationships and networks.

In its early years, a key strategy responsible for the concept’s growth was to publicize the centers through the members themselves. A scientific research team facilitated a process whereby the women involved in the first three mother centers wrote down their personal stories, relating how the centers had helped them. The book was later translated into many languages. When other mothers read the accounts, they felt inspired and encouraged to replicate the idea of mother centers for themselves and their communities. The book conveyed two basic messages to grassroots women’s groups across Germany and beyond: “This is it!” and “We can do that, too!” The mother center movement is an outstanding example of scaling up and the transfer of grassroots best practices, using a storytelling format and peer learning strategies.

Multigenerational houses have become hubs for broader community engagement. Centers and their members are involved in various consultations, round-tables and planning boards, with regional and local government and municipal departments. They are seen as an important linkage to the community and are invited to give their views on a wide-range of issues. The houses are central players in a partnership network with other stakeholders in society: Pediatricians, psychologists, and family counselors often cooperate with the houses and some professionals see the centers as an important support system to reintegrate clients into the community. Co-operations with local unemployment departments and various educational institutions are further partners.

Today there are over 850 multigenerational houses worldwide, across four continents and in over 20 countries. The houses have primarily been transferred and replicated by the migration and remigration movements, particularly throughout Central Europe. New houses are developed by refugees who return to their countries of origin and want to spread the valuable community. Furthermore, the Mother Center International Network (co-founded by Hildegard in 1993) facilitates the international transfer of the houses by providing start-up support, consultation, training, and peer exchanges between centers. A further driver behind the transfer and marketing of the concept were the series of trainings and partner dialogues produced between 1990 and 2001 by the Grassroots Women’s International Academies.

The successful replication of multigenerational houses has solicited the attention of governments around the world. As such, the houses have become an integral part of federal programs, such as in Germany, and are being officially endorsed by governments, such as in the Czech Republic. A trend toward public finance of the centers has emerged and now is the main source of funding for the centers. As multigenerational houses grew in number and size, municipalities saw the value of the services and the community to a well-functioning society, not to mention the cost savings benefits to government welfare funding. The concept of multigenerational houses as self-managed spaces to meet the needs of society—and of mothers and families as active participants in local planning—is increasingly taking hold as government partnerships expand and more centers spread internationally.

Hildegard grew up in a large family as one of 11 children. Her father, an entrepreneur, gave her much room for proactive individual initiative. Struggling with the normal school system as a child Hildegard looked for alternative ways to express her creativity. After deciding to end her higher education Hildegard applied at her father’s butchery, which she took over at only 20. After getting married to a manager and moving away from home she found herself isolated and without any social contact.

In 1980 Hildegard became a young mother while living far away from her extended family, alone in a new city. She knew that she did not want to live the typical life of a mother in a German city, alone at home with their children and isolated from society. Hildegard dreamt of a private-public space where everyone could contribute his/her talents in the form of support similar to an old village community just within the city. Acting on her dream, Hildegard rented a room and opened up the first mother center in Germany which acted like a public living room space. It quickly became the place for people of all generations to go to find interaction and assistance.

Today Hildegard is perceived as “Mother” of the mother center movement. To solidify the movement, she founded an umbrella organization and a service agency to lobby and support the existing multigenerational houses.

Today Hildegard works with many organizations and positions as a consultant, mentor, mastermind, and thought leader of the mother center concept.