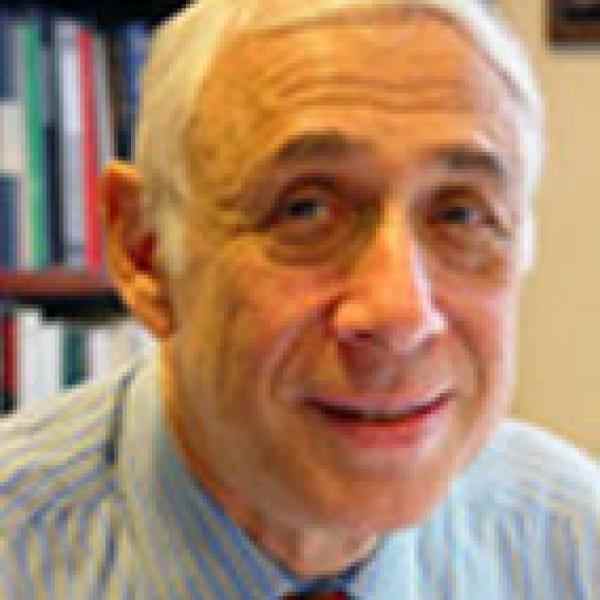 Herb Sturz - with support from the Open Society Institute -has helped create a new model for after-school care that has redefined the way after-school care is delivered, funded, and institutionalized as an essential service for children and their families in New York City and beyond. This after-school model is distinguishable by its diverse set of stakeholders, comprehensive programming and reliable cross-sector funding which has produced a high-quality, sustainable and universal system of K-12 after-school programs.

Although the idea of after-school care has been in practice for some time now, Herb aspired to make it more than a fleeting practice, and rather a universal system of high-quality and replicable programs. Herb understood that rather than support after-school programs on an individual, short-term basis, after-school programs could only be scaled through a publicly supported system of citywide after-school programs. To achieve this, Herb helped create the first intermediary body that supports, monitors, evaluates and funds after-school programs.The After-School Corporation (TASC) has established an unprecedented correlation between scale and quality of after-school care. Owing to its structure of open enrollment, a single TASC program can attract 200-300 students from a single school and thus naturally attracts attention from school principals. Moreover, by connecting hundreds of programs across a city with varying approaches and offerings the TASC network is able to identify and distill best practices and innovative strategies, thereby becoming rich resources to each other.In addition to maintaining quality, Herb has created a sustainable after-school system through a unique funding strategy. After realizing that high-quality programs could not be sustained largely through private contributions, Herb managed to financially re-engineer after-school programs using a funding model that uses public resources to further leverage private finances. The result is a sustainable and diversified funding stream for after-school programs. To date, TASC has led one of up the most successful private-public partnerships in New York City and the largest municipally-funded system of after-school programs in the nation.The quality and sustainability Herb has brought to after-school care through the TASC model have been transformative, as once disjointed and fragmented after-school programs are now perceived by schools, practitioners and policy makers as a comprehensive system and growing field. Now, such programs can be evaluated, studied and advocated for and participation is now perceived as a right rather than a privilege.

After-school programs, for most of their history, were built through small, independent activities of local organizations or community volunteers. While this bottom-up, disjointed arrangement enabled customization and individuality between programs, it has been placed under considerable pressure in recent years as the demand for after-school care has increased and expectations about their outcomes have expanded. More than ever, there is a need for a congruent network of after-school programs to respond to the ever-growing development, enrichment and academic needs of the 21st century child.Sadly, schools are unable to provide for all the needs of children in the seven hours a day kids spend there, and families also find it difficult in the hectic hours between work and bedtime. While higher income families are able to pay for their kids to be occupied during after school hours, with homework help, music lessons, art experiences, team sports and other youth development-focused activities, these types of extracurricular programs are often unavailable for children with fewer advantages.Twenty years ago, a child growing up in a low-income community would most likely have had no access to after-school care because programs just did not exist citywide across an education system. Instead he or she may have been cared for by an older sibling or neighbor, or would join peers outside to play with little to no supervision. Without scheduled and constructive activities or a stable social environment, after-school hours become prime opportunities for kids to partake in risky activities. These sorts of realities can create enormous opportunity gaps between young people by limiting the learning needed to prepare them for college and careers, and to develop to their full potential.Despite the recognized need for after-school care, programs dedicated to after-school were sub-prime when Herb took on the transformation of after-school care in 1998 in New York City. If they did exist, they were marked by disparities in quality and unreliable funding, and were highly stigmatized, often equated to a form of babysitting or luxury for the higher stratums of society. Moreover, due to their small size, often serving on average 30 to 50 children, and inconvenient scheduling for working parents, after-school programs were far from accessible to all, independently funded and serving mostly higher income stratums of society.

The TASC model calls for community-based organizations to operate after-school programs in schools three hours a day, five days a week at the invitation of, and in close partnership with, school principals. Further hallmarks of the TASC model for elementary and middle school programs include:A full-time, paid coordinator

Beyond these core program elements, TASC model is flexible and accommodating, depending on the school district and specific needs of the student body. To ensure the success of its programs, TASC provides training and technical assistance to sites on administrative and programmatic issues through its Partnership for After-School Education.In addition to finding partners to build a quality system, Herb decided it was time to reengineer the funding model of after-school. TASC’s strategy uses large amounts of public funding to leverage further funds, predominately private in nature, and has proven to be successful. The first round of funding (for 25 after-school programs) began in September 1998, with the total number up to 50 by the end of that school year, serving more than 13,000 students. By the fall of 2000, 137 programs serving 35,000 students were operating with TASC support. By the fall of 2008, 320 programs were supporting 300,000 kids and families. New York City is now the largest municipally-funded system of after-school programs in the nation. Through nine years of policy and advocacy work, TASC currently serves as a trusted advisor to a broad network of federal, state and local policymakers. TASC is best positioned to advocate for after-school programs through lobbying efforts and coalition-building tactics to establish partnerships with governments, school boards, cultural and educational community-based organizations, businesses and foundations. A notable success for TASC and the after-school field was in 2003 when TASC played a key role in the formation of New York City’s $200M Out-of-School-Time initiative, the largest in any city in the nation, which institutionalized many core elements of the TASC program model. In addition to its own advocacy work, TASC provides the tools for its stakeholders to be informed and to take action around after-school care through such initiatives as After-School Action Partners (ASAP), which includes groups of parents, educators and providers who receive alerts on after-school issues and guidance on how to advocate with policymakers effectively.In addition to its systems building initiative, TASC is also growing the field by creating a new profession: the after-school educator. TASC launched The Center for After-School Excellence in 2006 to respond to the problems of barriers to beginning or completing college and lack of access to courses in the field of after-school. The Center expands higher education opportunities for after-school educators by helping them earn credits or degrees in the after-school field at the university level.The rate and breadth by which TASC programs have expanded across New York City and the nation is quite impressive. In 1998, there were only ten thousand children in publicly supported after-school programs. In 2008, the TASC model served 140,000 elementary and middle school students in New York City: a fourteen-fold increase since 1998. Beyond the City of New York, the TASC model has been replicated to the states of New York, New Jersey, Louisiana and New Mexico, and as it continues to be replicated across the U.S., its core programmatic elements are preserved and its diversified funding strategy is adopted.Moving forward, TASC is interested in applying its learnings to further strengthen its summer programs and high school after-school initiatives, particular those serving lower-income families. At present, TASC after-school programs for high school students help prepare participants for college, careers and leadership positions by teaching them how to craft resumes and write college applications, exposing them to work experiences in their communities, and by training them to work with younger kids. TASC is also continuing to inform the extended learning time movement to ensure that as school days get longer, an after-school approach is embraced.

With a résumé of public-service achievements that began over 50 years ago and continue to this day, Herb has often been referred to as a “serial social entrepreneur,” demonstrating a long and vibrant history of social entrepreneurship. He has helped to create more than 20 still-thriving New York-based organizations that tackle a wide range of social issues including the Vera Institute of Justice (criminal justice reform), Wildcat Service Corp. (which addresses welfare reform and prisoner rehabilitation), Project Renewal (affordable housing for the homeless), and Safe Horizon (support for victims of abuse). In each instance, Herb understood the need to work across sectors to expose injustices and inequalities and to develop comprehensive, lasting solutions.Born in New Jersey in 1930, Herb has always rooted for the underdog, and during his senior year of high school, he became the underdog himself when he contracted polio. In his biography, A Kind of Genius: Herb Sturz and Society’s Toughest Problems, Sam Roberts writes that Herb’s “bout with polio infused him with an abiding compassion for the lesser privileged in life.” His need to do something meaningful would soon become evident in both his personal and professional lives.Following his work in Mayor Koch’s administration in New York City as a deputy mayor for criminal justice, Herb took up the position of chairman of the city planning commission. Throughout his seven years as planning chairman he worked to change the face of a city that he continually saw with wonderment and delight. By curbing development on the east side of Manhattan while spurring it on the west side and in downtown Brooklyn, Herb helped to reduce citywide disparities.In the 1980’s, Herb left government to serve on the editorial board of The New York Times. Herb was a regular on the editorial pages, where he calmly illustrated the need for numerous reforms, from expanding Medicare and improving educational opportunities to logic in city governing and development. Herb’s social reforms have been publicly acknowledged through the numerous honors he has received, including the Rockefeller Public Service Award, the Roscoe Pound Award from the National Council on Crime and Delinquency, and the August Vollmer Award from the American Society of Criminology; Herb was also a 2006 Purpose Prize finalist.Having helped found TASC in 1998, Herb has moved from the position of Chairman to serve as a board member where he remains closely involved as an advisor. Herb is also working on his most recent initiative, ReServe, founded in 2005 by Herb and Jack Rosenthal of the New York Times Company Foundation, which provides retired New Yorkers with stipended community-oriented work experiences. TASC is one of many placements for ReServists, who use their professional skills and experience to provide part-time work to community-based organizations.In addition, Herb serves as a senior adviser of the Open Society Institute and on the board of NURCHA (National Urban Reconstruction and Housing Agency), a non-governmental organization that has facilitated the construction of over 300,000 low-income houses throughout South Africa.