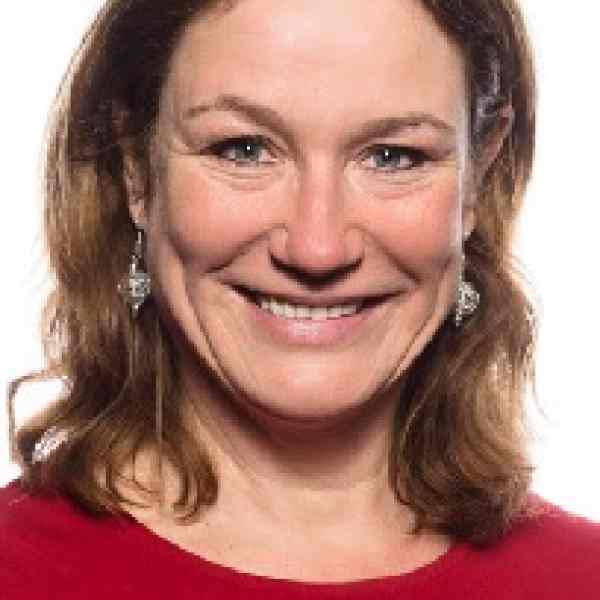 Driven by the increasing estrangement of people in urban surroundings with nature and its potential for human well-being, nutrition and education as well as the ecological consequences of maltreatment towards the environment, Heike Boomgaarden introduces a new way of “eco-human” development for urban settings bringing people back in touch with the environment and (edible) nature where they live.

On the basis of her experience with urban greening projects garden and media, expert Heike Boomgaarden created the first holistic urban gardening concept, which is applicable on a city or district level, customized to local needs and restrictions and which involves both city administration as well as central stakeholders such as citizen groups for sustained impact and an overall change of urban greening culture.
Key to her approach, which has successfully been implemented within the award-winning "Essbare Stadt Andernach" (Edible Town Andernach) in Germany, is the idea of moving issues like biodiversity, soil improvement, permaculture and planting of edibles from a niche practice into the actual center of civic attention. She does so through systematically and sustainably reshaping public areas in city centers by developing and implementing planting concepts with regional, diversified and mostly edible plants. All are available for all citizens to harvest free of cost. The effect is manifold; due to actively involving a broad range of citizens and giving them responsibility, there is a rising understanding and a strengthened identification of citizens with sustainability related issues in their surroundings. Also, her work creates new low-barrier education opportunities and jobs around eco-human development and reaches a significant cost reduction for city administrations through the change in greening and caretaking concepts for public spaces – a key selling point to cities, which face ever more restricted budgets.
This way, Heike offers practical solutions for urban settings and enables them to follow a trend, whose time has come: the growing need for serious sustainable development on the one hand and citizen demand for cities with high quality of life on the other. Making use of her media background, Heike markets the implemented projects broadly – and successfully. This allows not only to position them as brand-building role model projects, but also sends the message that fundamental change is possible and attracts followers to come.

Throughout the past decades, urban development followed a trend of controlling (and even removing) nature within urban settings. Roots of this trend can be found in post-WWII history, when food production in city centers was necessary for survival and through this is still connected with the notion of need and poverty. In addition, the mainstream ideal of controlling, shaping and standardizing nature has also led to less natural urban space for citizens to actively engage in, i.e. for education or plant growing. All of these factors have contributed to severe challenges that a majority of cities throughout Germany now face, both ecologically (due to decreasing biodiversity within urban settings) and socially (because of an increasing estrangement of citizens and nature as well as a lack of ownership of citizens towards public spaces). At the same time, public financing is increasingly restricted, as cities and communities live off tight budgets and on debt, a situation that proves to be a difficult starting-point to meet these challenges, which are growing along with the trend towards urbanization.
On the surface, the consequences described are not always visible, and thus the public problem awareness is low. However, when diving into the expert sphere of urban development and biodiversity, the picture is a different one. There are extensive studies on the effects of decreasing biodiversity in urban settings – changes in microclimate, quality of soil, loss of genetic variety in plants for natural resistance to name some – and on the positive effect of nature on (psychological) health and social development. Scientists even caution against what they call a “nature-deficit-disfunction” in the development of children growing up in urban settings.
The challenge is manifold, then. It lies in raising awareness for the problem on a broad scale as basis for transition, finding solutions that invite the broad public to participate in implementing them and to make economically feasible cases for cities without extra budgets. The future of urban development lies in meeting this challenge of shaping healthy cities with high life quality for their inhabitants – and establishing it as a collective responsibility.

Key to all of Heike Boomgaardens activities are two guiding principles. Following the conviction that “a new world is plantable” she drives transition through focusing on reshaping centers of everyday life (in German: Lebensmittelpunkte – Lebensmittel [edibles] und Mittelpunkte [centers]). Her holistic yet low-threshold processes are focused on connectivity, which invite a broad basis of stakeholders to participate and make tangible what until now so often stays theoretic. To her, this is central to foster a public system of people dealing with the urban challenges and, even more important, actively supporting their solutions.
The city of Andernach, an average small city in the south of Germany with about 30,000 inhabitants, was where it all started with a guerilla gardening activity to revive fallow land, which led to Heike receiving the city’s approval for setting up and developing a 13 hectare large permaculture area outside of Andernach. Heike has set-up and developed this space in cooperation with the city of Andernach and a local reintegration company for unemployed people. She motivated them to design and implement a new job-training for “permaculture assistants”, which is a central social component of the overall concept. Having this area, which now serves as Germany’s largest educational garden, is key to demonstrating how to reshape the management of materials flow in the city. It allows sustainable development, saves costs due to cost-efficient natural waste disposal and is a driver for job creating.

A gardener by training (with a focus on fruit-growing) and studies (focused in horticultural science) Heike was faced early with ecologically questionable practices such as the management of soil and pesticides and felt there had to be a different way of approaching things. This shaped her growing conviction in her early professional years that people and nature belong together for the benefit of both. This eco-human approach is what she advanced throughout all of her career – through driving initiatives, which made people understand the importance of nature for their well-being and showed ways to easy implementation. She did so within her own engineering office, through which she built and reshaped school gardens and natural education playgrounds, as well as through her being a media networker and presenter around the topic of (urban) gardening and shaping more than 30 civil society greening initiatives with broad media coverage. Heike says she has made it her task to wake people´s passion and make them see the benefits of doing things differently. She has experienced failures, such as a schoolyard re-planning project that the principal didn’t support because of a perceived risk of planting trees where children play. While saying that it’s unlikely that the same resistance would appear today, she also sees that experience as illustrating how important timing is for her work. Even though local politics can be time consuming, she sees value in the democratic process that seats decision at depth. At the same time, she is always looking for ways to augment local resources so that projects can be built and illustrate the potential for a city.
The variety of her experience in working with and actively involving people on the ground is one of her largest strengths – besides her humorous personal, vast expertise, pragmatic way of doing things and unfearful approach of new situations and challenges. Heike draws from a large network within civil society - gardening experts, associations, politics and media - in order to drive the public agenda towards reshaping how we think about and act upon urban nature. The world of urban planners is small and known to each other, and she is well known within it. With the success of the pilot in Andernach, the time is right and all pieces are in place to spread her expertise, learnings and concepts on larger scale and move towards broader in-depth change.