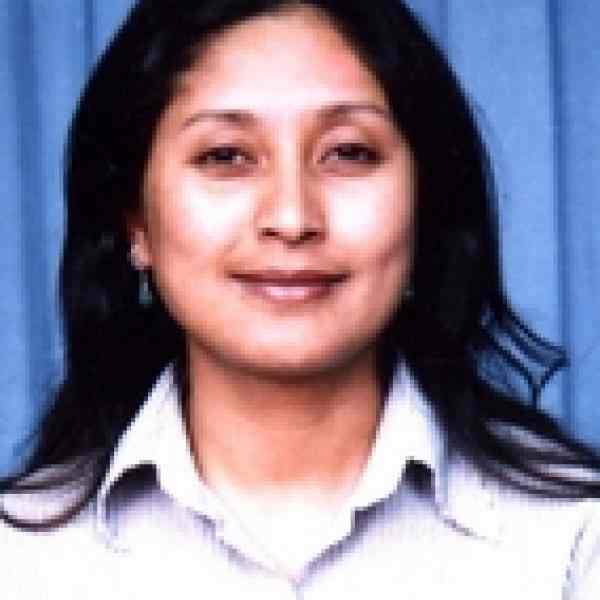 Hasina Kharbhih created the nationally and internationally acknowledged Meghalaya Model, a comprehensive tracking system that successfully brings together the state government, security agencies, legal groups, media, and citizen organizations to combat the cross-border trafficking of children in the porous Northeastern states of India.

Historically isolated by geography and politics, and torn by ethnic conflict, Northeast India is emerging as a center for human trafficking. Poverty, which is one effect of armed conflict in the region, has displaced people from their homes, rendering children and young women vulnerable to sexual exploitation. Hasina developed the Meghalaya Model to combat child trafficking in Northeast India as a single comprehensive strategic plan, to be adopted by all state agencies and citizen organizations in the region and on the nearby crossings to Bhutan, China, Myanmar, Thailand, and Bangladesh. The model enables government and citizen groups to jointly implement the “three Ps” prevention, protection, and prosecution, and the “three Rs” rescue, relief, and rehabilitation. The different actors communicate and share data more efficiently, and use the same training manuals, standard operating procedures, and public-awareness campaign. A legal support network, which includes a victim-protection program, identifies and reports on traffickers. An anti-trafficking course is being integrated into the curriculum of Police Training Schools with the aim of creating child-friendly systems. A Helpline Resource Directory of the region has also been developed with the help of the Meghalaya government’s Department of Social Welfare. The Meghalaya Model ensures the coordinated implementation of all these initiatives across the different groups involved.Hasina works directly with the state government and government agencies to make sure that the model is fully incorporated into their operations instead of merely being linked to it. Pilot testing of the Meghalaya model has been verified as effective and it is one of the best practice models included in the South Asian Regional Initiative/Equity study by Management System International in Washington and supported by USAID for replication in South East Asia.

The increased vigilance on the human trafficking issue in some Indian regions is forcing traffickers to look for new sources of vulnerable women and children. The geographical isolation of North East India, its diverse ethnic constitution, and the international porous borders that encircle it make it a hub for human trafficking and child exploitation. Civil unrest; social and cultural isolation; perceptions of a weak central government; ethnic conflict; and military conflict combine to make the region quite poor and unstable.Traffickers exploit this environment to lure families into sending children to cities to work.  Trafficking syndicates are flooding the area with offers of modeling jobs, or work in beauty parlors and call centers. Because of their diverse ethnic backgrounds, most Northeastern women have fair complexions and very distinctive features that are highly sought after by pimps and brothel owners in Mumbai, New Delhi, Kolkata, Bangalore, Pune, and other cities.When Hasina’s organization, the Impulse NGO Network, studied the issue in Meghalaya, they found that the nearby highways facilitate the prostitution in Meghalaya. The clients are mostly truck drivers from the states of Punjab, Haryana, Uttar Pradesh, Bihar, and other states. The situation is complicated by the region’s shared borders with Bhutan, China, Myanmar and Bangladesh and its proximity to the infamous “golden triangle” that facilitates the free flow of narcotics and arms.  The Indian government has always viewed the Northeast as a conflict area and therefore tends to disregard human trafficking. Inexperienced and ill-equipped to tackle this new menace, police lack the data and infrastructure to track missing persons. There is little coordination between the police in the northeastern states and their counterparts in other metropolitan cities. The huge distances involved between points of sourcing and exit, coupled with the fact that many girls come from very small villages in the North East, make coordination even more difficult. There are no mechanisms to monitor recruitment agencies that target women for service jobs.Atop all this, rehabilitation of rescued women and children is difficult. The legal system is underdeveloped and there are major language barriers. It is very common for rescued northeastern girls to be mistaken as Nepalese because of their similar features, which further complicates the process of recovery. Many times, rescued girls fall prey to trafficking once again because of the lack of post-recovery counseling, rehabilitation schemes and the failure of the authorities to develop a system to track offenders.

Having identified the region as a relatively new source of supply for traffickers, and one where lack of information resulted in non-acknowledgment of the problem, Hasina decided to work with the National Human Rights Commission to include secondary data from all the eight north-eastern states—Assam, Manipur, Tripura, Meghalaya, Nagaland, Mizoram, Sikkim, Arunachal Pradesh–and primary data from the two most vulnerable states of Meghalaya and Assam. She also presented her study at the national Action against Trafficking and Sexual Exploitation of Children network consultation in Kolkata. The opportunity helped her connect with organizations in the country working on the issue and led her to form an initiative which provided a comprehensive solution to the problem in Meghalaya. Simultaneously, she reactivated the defunct State Committee on Human Trafficking.What Hasina defines as the Meghalaya Model is a formal collaboration between different agencies of the state government, law enforcement, lawyers, and a national network of organizations working on trafficking in the country. The model’s different initiatives aim to track and rescue children in the sex trade, facilitate rehabilitation, provide families with livelihood alternatives, prosecute offenders, and raise awareness on the issue. The model’s start-off point is a weekly outreach program for children at various ‘sourcing’ points run by volunteers. The volunteers spend time with the children, discuss their needs and teach them about their basic rights. Additionally, the children receive nutritional supplements and non-formal education through extra-curricular activities. A data bank is created for each child, which helps in keeping track of his or her movements. Regular interaction with the children reveals valuable information on fly-by-night recruiters, their modus operandi and other missing children.         Recognizing that communication and information sharing are key to implementing the model, INGON uses the internet to connect the different stakeholders. INGON launches email campaigns and web alerts to disseminate information to the partner organizations and posts updated information and photos of missing children. This effort has yielded results— organizations in other parts of the country now get in touch with INGON when girls from the region are identified and rescued from brothels in the cities. Aside from this, direct communication and training with law enforcement agencies has helped streamline the process of rescue and repatriation. INGON’s database is a valuable tool used by government agencies and citizen groups. The first of its kind in the country, the database collects information on missing children and the history of rescued children. The state police are able to use this data to ensure quick action on cases.  INGON has been able to raise government funding for shelter homes where counselors work with rescued children. Counselors monitor the child’s progress for a year after the rescue to ensure that the child does not fall victim to trafficking again. In case a rescued child does not want to return to her family, INGON works with other organizations to provide her shelter, education, and vocational training. The INGON counselors are working with all agencies in order to formalize a system of information collection from rescued girls that is effective but respectful of their physical and psychological well-being.  The Meghalaya state government has now accepted the model as an integral part of its anti-trafficking operations. Hasina is in the process of signing memoranda of understanding with various state departments and accessing allocated but unutilized funds, so that the model will survive transitions in government. She has also turned her attention to the government’s new ‘Look East’ tourism and trade policy, which is opening up routes to China, Myanmar and Thailand. She is lobbying the government to introduce a social safety component for human trafficking to protect the women and children of the area. With the seven other Northeastern states showing interest, Hasina is now looking to scale up her model to the national level.

Hasina was born of a Khasi mother and a Bangladeshi father. Her first introduction to work towards social change was through a school charity group, of which she became an active member, eventually creating an alumni network. In college she began working in a crafts village close to her ancestral village, providing design inputs and introducing their craft to new markets, even internationally. The program has evolved into a full-fledged livelihood program for craftspersons connecting to new markets through exportation of their products.What started as a youthful, enthusiastic initiative turned serious when Hasina began to train young people as volunteers for the village program. She sensed in her interaction with the youth the need to talk about matters important to them but seldom acknowledged in public. Sexual health lessons and other related issues such as Aids and drug counseling were incorporated into her sessions. The program became popular enough to draw the attention of the government, which now runs it in 60 schools. It was her deeper involvement with the youth volunteer program that led her to seriously investigate the problem of child trafficking in the region.Hasina lives with her mother, brothers and their families in Shillong, Meghalaya.