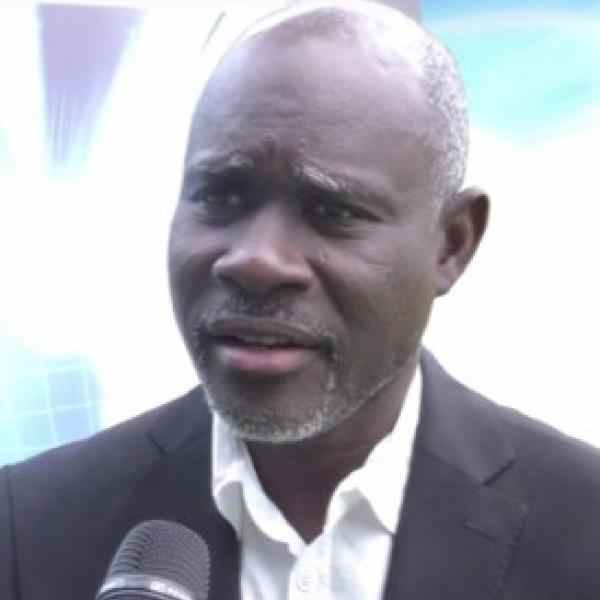 Hamadou Tidiane Sy is developing a Pan-African corps of independent, investigative journalists to focus on a range of important public issues. This media approach is helping to redefine African journalism and has the power to positively impact the dissemination of local and regional news.

Digitally-based news sources, such as Slate and The Huffington Post, have been successfully established in some parts of the world as alternatives to traditional news media. Rather than focus on the same topics and people, these outlets have the freedom to thoroughly investigate and follow-up on news they have covered. Tidiane recognizes the need for similar investigative journalism in Africa—by and for Africans—independent of the government and traditional news media.
Dissatisfied with the system, Tidiane founded a new, region wide online news outlet—Ouestafnews—in which a corps of independent, investigative journalists report on the stories they care about without being subject to outside pressure.
Tidiane believes that the key to sustainability is a commitment to high ethical standards and quality work. He focuses heavily on ensuring that the stories reported are trustworthy, fact-based, and fact-checked, to the standards of the most professional of traditional news outlets. By establishing a well-respected, reputable alternative news service, Tidiane hopes to show the world that this approach to news is both sustainable and may be done by a new generation of journalists.

In Senegal, print and broadcast news media has historically been controlled by the government, meaning that journalists were seen simply civil servants. As a rule, news consisted of reporting on the activities of the head of State and other officials, and was filtered to not pose a threat to the government. When “independent” journalism began to emerge as an opposition-led press, journalists were not always adequately trained or aware of media ethics. As a result, many were exposed to a host of pressures from political and business interests—a situation that still exists.

In addition to trying to control the government forces working to restrain independent journalism, the profession is plagued by corruption. Much of what passes for independent reporting in the West African news media is planted by private companies, or by others to control how their story is told. Often reporters receive gifts, money, or services, for undertaking assignments and having their stories make it to press. In Sahel West Africa, journalists are not well-paid, and these gifts and other forms of compensation are a significant source of income.

Additionally, discrimination is commonplace. Local journalists often face deeply rooted prejudices that reach the highest levels of international news agencies. For instance, local professionals rarely serve as the “face” of African stories because news agencies tend to rely on journalists from their home countries, discouraging the formation of a broader and more nuanced journalism within these institutions.

Tidiane created Ouestafnews hoping to address the obstacles facing journalism in Africa, and has rapidly acquired a wide readership. Articles published on ouestaf.com are regularly redistributed by newspapers in various countries, including francophone West Africa, where Agence France Press is a major news agency. Additionally, citizen organizations (COs) and businesses, such as Reuters Foundation and Panos Institute for West Africa also distribute his articles on their web sites.

Tidiane hopes that the unbiased news stories he publishes online will have the power to bring about social change by driving reporting across the region. For instance, an article published in Ousestafnews linked a foreign company signing a contract with the Senegalese government to a report in Sierra Leone—the company had engaged in questionable business practices. This story was picked up in media across the region and was the subject of follow-up articles by reporters from traditional news media. By increasing public scrutiny with such stories, Tidiane puts pressure on the government to change.

Next, Tidiane will expand the cadre of Ouestafnews journalists to create a base from which he can receive and edit stories from first-rate independent investigative journalists from around the region. This will enable him to broaden the range of articles, increase readership, and encourage more advertisers to be part of his website.

In a world in which more people are equipped with cellular phones than newspapers, Tidiane sees the future of his work driven largely by technology. As new technologies are developed, he will take advantage of them to expand his organization. He is currently negotiating with cell phone carriers to distribute excerpts of his articles as a part of their service. He is also partnering with Africable, the only West African cable station, to have daily information from Ouestafnews presented on television.

In the long-term, Tidiane hopes to reshape the way journalists are trained and how they approach their profession. He hopes to transform the way traditional news media operates, in Senegal and Africa in general, so that the coverage is broader, more consistent, and goes beyond reporting only negative news.

After receiving a Master’s degree in English, Tidiane discovered his interest in journalism while interning at a news service in Ivory Coast. After this experience, he studied journalism at the Information Sciences &amp; Techniques Study Centre (CESTI), the major public journalism school in Senegal where people are trained from all over West Africa.

By 1993 he was selected as Chief of the news bureau of the leading South African news outlet, Channel Africa. After a few years with Channel Africa, Tidiane returned to Senegal where he worked for Agence France Press. He worked there several years and realized he was not receiving promotions because he was African. Soon after, Tidiane left his position and created an alternative news outlet—for himself and other investigative journalist—to avoid the discrimination and compromise he had dealt with during his professional life.

During his career in journalism, Tidiane was also very involved in the social sector. He worked with several COs, such as Enda and Panos, and helped to produce a network of internet information for local development.

Tidiane has received many accolades for his investigative reporting and is widely recognized among his peers for his standard of ethics.