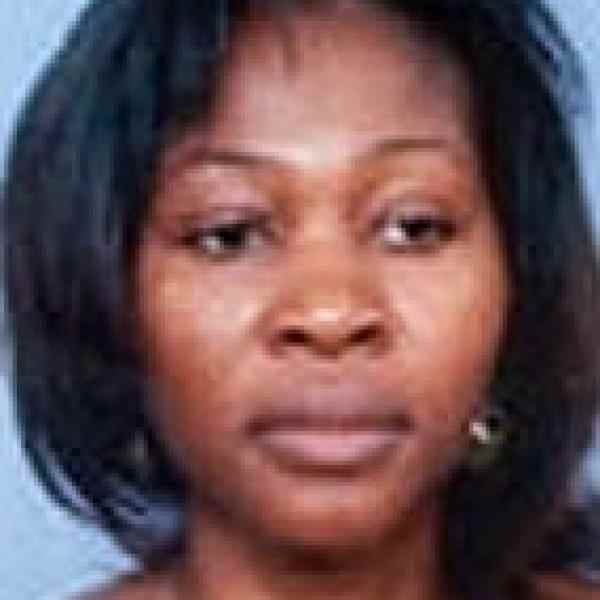 Guilla Gifty is facilitating small farming families to become more self-aware by guiding them to create a “Balance Sheet of Personal Competencies,” an exercise for farmers to reflect on their families and businesses and become more effective. In addition to developing this exercise, Guilla gathers farmers to share ideas and support, thus helping them create more efficient enterprises. Guilia’s support groups build individualized action plans for improved family and cultivation practices, ultimately empowering small farming families to change the economic landscape for local farming communities. Through these farmer networks, farmers are also emboldened to apply pressure on their governments to introduce policy reform that includes local farmer’s needs.

Guilla believes that the key to unlocking productivity gains among small farmers is creating trust- based groups that allow small farmers the space for self reflection. She challenges small farmers in a safe collective space to ask: “Who am I?” and listen to their answers. This process helps to set in motion a transformation among farmers, from self-discovery, to a self-assessment, to a mode of mobilization solidified by the creation of a family action plan.

By providing an avenue for dialogue and reflection, Guillia opens the doors for small farmer families to move forward together in creating group innovation, and collaborative family enterprises. In each case, the process is designed for a small group of farmers and their families (i.e. typically 7 to 10 families) and by making this process a group effort, participants gain support internally from their families and externally from other members moving through the same steps.

These sessions become the space for new ideas, with farmers guiding each other and aspiring to improve many facets of their enterprises. Together, farmers evolve their farming operations (i.e. more efficient planning of planting and follow up), they enhance their knowledge (i.e. deciding to enroll in agricultural courses about water management and crop cultivation), and they adopt new technologies (i.e. better seed varieties and the use of manure for organic compost). Farmers are encouraged to reflect upon and change their personal family dynamics, such as working on their family relations (i.e. opening communication between husband and wife and in polygamous families, the husband and several wives), and their self-discipline and self-confidence (i.e. learning how to ride a bicycle, or deciding to enroll their children in the local school).

The small family farm in Burkina Faso has historically failed as a unit of sustainable family livelihood. Small family farms make up more than 90 percent of agricultural production, but more than half of all farm families live in a state of absolute poverty. The UNDP global ranking of comparative farmer livelihood classifies adult rural poverty as earning less than US$200 per year, placing Burkina Faso as the 176th highest country for adult rural poverty out of 177 countries.

In spite of recent reforms, most small farmers cannot collateralize their land holdings to make investments that would lead to an introduction of new technologies and higher product yields. This is due largely to government ownership of all land not formally given by concession, and because the government has not yet implemented an approved process allowing small farmers to gain formal titles to their land.

Instead, the recent trend in government policy has been to create incentives for large-scale commercial agriculture by granting land concessions, but not by offering a contextually useful set of incentives to small farmers. As a result of the highly publicized recent successes of Ashoka Fellows Rosalie Ouoba, Ini Damien, and Claude Ariste, the government is now rethinking how to engage with small farmers more broadly to encourage small farmer sustainability.

Guilla believes that an important key to this transformation is farmer self-awareness as a family unit, and better communication of this externally. After undergoing this process of self-realization and self-awareness, farmers become clearer about their goals and demands. With this improved understanding of their own situations, Guilla then encourages farmers to organize and present their demands to the government, thus applying targeted pressure for more appropriate policy changes. In this manner, Guilla empowers the farmers to become community activists and influential participants of society and reform. With this increased public pressure for government officials to translate the entrepreneurial visions of small farmers into more favorable public policy, farmers will also evoke a more empathic response from professionals working in the sector as they learn to have more respect for the farmers.

After promoting the cotton textiles of women artisans for a decade, Guilla noticed that repeatedly the most common problem was that women could not create a sufficient amount of free time to do this work. When she investigated why women struggled to become established, she realized that there was little communication between men and women about how to manage farming and non-farming work. She concluded that the family unit needed to better determine how to draw on all of the family’s resources to create a shared vision of happiness tied to productive livelihoods.

Launched as a pilot in 2007 to 2008, Guilla is now completing a quantitative evaluation of the pilot’s impact in five areas of the country, with farmers from diverse cultures who are engaged in unique cultivation practices. Guilla is looking to extend this approach beyond small farmers to government officials working in agricultural extension. To increase her capacity and further tailor her approach to other groups who impact the lives of small farmers, she is collaborating with the University of Ouagadougou and a regional association of professionals specializing in water management.

Guilla began with pilot projects in five provinces (Gourma, Houet, Bulkiemde, Kourweogo, Sissili, and Yatenga) involving 250 people. The objective was to gauge reactions from people with varying ethnic backgrounds engaged in different crop cultivation practices. In two of the pilots, the farmer families chose to undertake new joint projects involving the cultivation of crops such as peanuts and sorghum. A third group launched a joint organic composting project, and two other groups decided to organize sessions with other farmers to encourage them to engage in creating family action plans that improve crop planting and maintenance. Additionally 17 people agreed to be trained as future facilitators of this process with new farmer groups.

This success has led a number of growing projects. The fruit juice company DAFANI is financing a joint venture with the Ministry of Youth and Employment of Burkina Faso to give Guilla the resources to help identify, train, and launch the founders of 225 new youth led agricultural enterprises. Another successful project involves extending one of the provincial level pilots to an additional 1,000 small farmer families. The National Association of Water Project Professionals has provided ten facilitators now trained in the intervention process, and have agreed to supply as many as 500 more facilitators for training over the next three years. A partnership between the University of Ouagadougou and FAO to produce agricultural professionals has also identified 20 students to be trained by Guilla’s organization as facilitators.

In Guilla’s work, she also focuses on properly scaling her method of engaging small farmer communities so it can effectively function as it grows into a nationwide network. One project she is leading is a mobile-based counseling and assistance program, where engaged farm families can reach out to other members for advice, from the technical to the more personal issues related to small farmers. She foresees a ready demand within a short period for this service from as many as 10,000 farmer families. Guilla expects to extend her work in the next few years to Benin and Mali, leveraging close contacts between farmers’ associations in Burkina Faso, and similar farmers’ associations in these neighboring countries.

Guilla was born and raised in Ghana to a Burkina mother, although she spent her childhood with her maternal grandmother. While living with her grandmother, Guilla developed autonomy, self-sufficiency, and a strong work ethic. She was then sent to her mother on the Ivory Coast where she faced rejection within her new family, as they struggled under poverty and could not support another child. In this environment, Guilla realized that being an excellent student was her best hope for advancement. Although her family did not provide her with economic or educational assistance, Guilla managed to be one of just a few women chosen to enroll in the Institute of Mathematics and Physics in Ouagadougou in 1990. She completed her postgraduate work in Agricultural Engineering, but realized she was more interested in social rather than technical issues, and that she wanted to work on what she calls “a much broader canvas.” For this reason, Guilla decided to take classes in sociology while working.

Guilla’s first job after graduating was researching and testing a range of new technologies related to dried fruits and vegetables. In 2002 she shifted from working on technical issues when she assumed the position of Director of the Burkina Artisans’ Promotion Program. As Director, Guilla launched a successful program to promote cotton textiles produced by women’s cooperatives. While working with the co-ops, she realized that in creating sustainable livelihoods for farmer families the one crucial element previously unaddressed is the functioning of the small farmer family unit.

Seeking to improve farmer family dynamics, Guilla attended a SwissAid course aimed to help development professionals assess their strengths and weaknesses. The course, “Creating a Balance Sheet of Your Competencies,” became a source of inspiration as she began to think about how best to approach small farmer families from a personal, rather than a specific results-oriented development perspective.