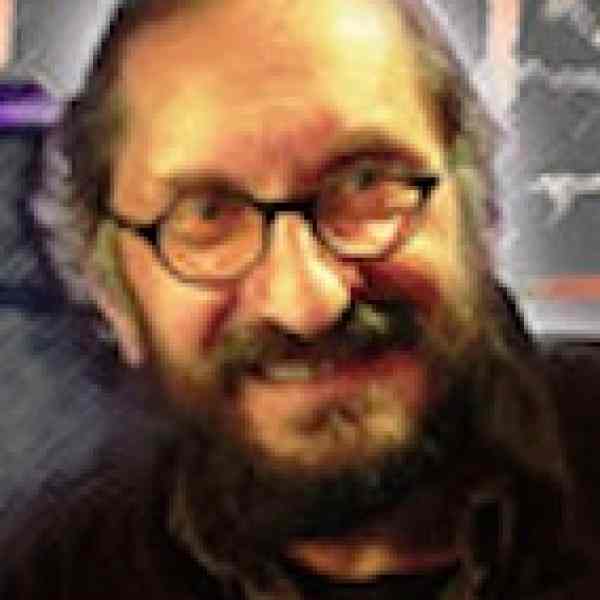 Gregory John Smith is the recipient of the 2014 World of Children Humanitarian Award.

Gregory Smith understands the challenges of children who have become dependent on their street lives. Re-envisioning foster care, his program rehabilitates street children and ultimately places them with families after appropriate interventions.

Gregory is rehabilitating and integrating street children into society by providing them with an opportunity to enter foster care. Gregory's Hummingbird Program is based on his in-depth analysis of who street children are and why so many return to the streets in spite of well-intentioned projects. Through his close contact with youth who have lived on the streets, Gregory has learned that a yearning to belong to a "normal" family lies deep within each child, and his approach incorporates that discovery. The program provides comprehensive services (including food, clothing, and shelter), but it also deals with long-term aspects of the children's lives. The program seeks to uncover each child's life history as far back in time as possible. By understanding the child's background, the Hummingbird Program works toward the goal of integrating him or her into a structured family "space." The program seeks to make foster care work by building trust, teaching conflict resolution, and reducing dependency on the child's street community. For some children, placement with relatives is not a promising option. Gregory is designing a process to establish other sources, although fostering by non-blood-related caregivers is uncommon in Brazil. Existing laws make this practice theoretically possible, but there is no public financing, and it remains culturally unfamiliar. Gregory will be addressing these obstacles. After children are placed in foster homes, the Hummingbird Program will provide follow-up support and guidance to the foster families.

Statistics on street children are difficult to obtain. Census surveys consistently miscount the population because the children avoid authorities at all costs due to mistrust and past mistreatment. In São Paulo, the Secretary for Children conducted a research survey on a Friday morning in 1994. The team found 895 children and adolescents who had stayed out overnight. The same investigators covered twice the geographical area on a mid-week evening and found 4,520 children on the streets. Once street children have been identified, their many needs become clear. Most are illiterate, having rarely or never attended school. The great majority come from economically unstructured families with alcoholic or drug-abusing parents. Many have experienced physical and psychological abuse or sheer neglect.Gregory's extensive research among street children has shown that kids long to feel part of a "normal" family. Attaining a normal family structure, however, poses stiff challenges. Most children abandon their families, rather than the reverse. They are escaping one terrible reality only to find themselves in conditions that appear better but are actually worse over the long term. To re-establish a life off the streets requires a sacrifice of "independence" on the child's part if he or she is to succeed. Public institutions are not doing their part to help. Judicial, educational, health, and public security agencies are neglecting the laws laid down by the Statute for Children and Adolescents of July 13, 1990. This law includes provisions for financing foster care, but local authorities ignore this financing requirement. Many private programs either provide temporary social services to children or invest more extensively in rehabilitation. But recidivism occurs frequently during the first stage of contact and trust-building, and most kids return to the streets after going through programs that focus solely on rehabilitation but which provide no family or home setting from which they can reintegrate into society. On average, children run away twelve to fifteen times after their initial stint at the Hummingbird Rehabilitation Center. Gregory observes that unless a program is prepared to meet the challenges of teaching children to confront personal conflicts and work through their fears, this recidivism rate will not diminish. Most organizations fall apart during the challenging work of total rehabilitation: after five years of field work, Gregory has found that the attraction of the street community is stronger than any of the children's chemical dependencies.

To identify his target group, Gregory used the data gathered in a 1997 investigation by the Serviço SOS Criança, in which two hundred forty children and adolescents under eighteen years of age were interviewed about their street conditions. The survey found that the children's highest priorities were to live with a family and to study. Seventy percent were male, and 30 percent female. About half of the children could be classified as "children on the streets who no longer maintain relationships with their families." Those children are Gregory's highest priority, especially the children under twelve years old (roughly half of those surveyed). After identifying street children, Gregory and his team develop personal relationships with them. As Gregory puts it, the intense work of actually rehabilitating a street child truly begins once the child is off the streets, but first he or she has to have somewhere to go. In the Hummingbird Program, that place is the Rehabilitation Center, donated by a São Paulo lawyer. The site on the outskirts of greater São Paulo houses both the organization's headquarters and the Rehabilitation Center, which has accommodations for both boys and girls. During the early stages, the children generally don't embrace the Hummingbird Program's proposals. Each child has to evaluate the possibility of reintegrating into a family structure (the goal) versus the hard work necessary (conflict resolution training, among other steps). The children most frequently ask the question, "Is it worth it to me?"In discovering who the children are and how their histories have shaped them, Gregory finds what keeps them returning to a life on the streets and thereby helps them work through their dependency. The Center's educational strategies place responsibilities on the children and teach them about their human rights and real-life values. Because the Center is a much more structured environment than what the children are accustomed to, young people do run away. But after they weigh the costs and benefits of life on the streets versus the opportunity to live in a family, they return. Eventually, children learn how to solve their own problems without fleeing. When possible, the Hummingbird Program encourages former street children to preserve and strengthen their relationships with their families of origin. Children and their parents can meet and begin to work through some of the issues that caused the child to run away in the first place. According to Gregory, most of the parents and relatives recognize their difficulties in bringing up their children satisfactorily. In the event that a street child cannot be reintegrated into his or her family of origin, the Hummingbird Program seeks to place the child with a non-related foster family. As it searches for appropriate foster families, the Hummingbird Program matches the socio-economic background of the children with that of the proposed new families. This pairing ensures better bonding and understanding between the foster parents and the child. The Hummingbird Program will pay a fee to foster parents for help with basic material necessities for former street children. Through public policy lobbying, Gregory intends for these costs to be covered by the local government, as mandated by the Children's Statute. The effectiveness of the system in preventing recidivism will prove to the authorities that investing in private foster care is economical. The per-child cost in a government institution is many times higher than is the case in the Hummingbird foster program, and judging by the numbers still on the streets, government efforts have been ineffective in terms of changing children's lives. Gregory has located a physical space to house the Hummingbird Program and Gregory continues to fundraise to finance it. As these efforts develop, Gregory has advanced Hummingbird's prevention programs. To cater to the needs of potential street children, the prevention program is providing educational and job training opportunities for high-risk youth. These courses also incorporate the participants in the Hummingbird Program who have passed through the Rehabilitation Center. As of the end of 2000, the Center is in its final construction stages and Gregory is beginning to mobilize the team of volunteers who will conduct the programs for approximately five hundred youth. The focus on prevention programs comes out of Gregory's conviction that a support program of healthy educational and sporting activities outside the home is the best means of preventing conflicts within the family from building to an explosive level. Moreover, preventive work is economical compared to the costs of rehabilitating a child once he runs away.Currently, Gregory uses his expertise to inform and educate both private and public institutions. He is also increasing the impact of his work via the Municipal Council for Children's and Adolescents' Rights, after being publicly elected to the Council two years ago. The Council has given him a forum for his ideas. Furthermore, by proving to the authorities that a well-structured foster care program does have a future in the municipality, he expects neighboring Municipal Councils for Child and Adolescent Rights to show interest in the Hummingbird Program and to encourage organizations and their own local governments to adopt its methods.Today, Gregory is expanding his work on the following fronts: 1) Building a new activity center to serve five hundred socially at-risk children to keep them off the streets. This center, being built in partnership with international organizations, is in the final stages of completion. The Hummingbird Activity Center will be run by a team of volunteers and will provide education and job training activities for the participants. 2) Consolidating the recent launch of an international information resource network on street children through a listserv that unites efforts to work with street children and at-risk youth and brings visibility and potential resources to the Hummingbird Program. 3) Overseeing a massive website design project led by a reintegrated street child to create a comprehensive resource center for issues relating to at-risk youth. 4) Establishing a partnership with volunteer centers. 5) Launching a campaign "From Friend to Friend" as a form of fundraising.

Gregory Smith traveled around the world for the first two decades of his life. Living in Norway as an adult, he opened four successful art dealerships. However, the memories of the vast economic disparities he had seen in his youth gnawed at him. He became a foster parent and worked as an educator at a children's home in Bergen. Auctioning off all of his businesses and belongings, Gregory started The Children at Risk Foundation. This Norwegian foundation now has branches in the United Kingdom and supports the work of the Hummingbird Program in Brazil. In 1992, Gregory Smith left a career as a successful art dealer and moved from Norway to São Paulo where he spent all of his time on the streets, getting to know the street children in their own milieu. He threw himself into personal research to understand the root causes of the children's life paths. He eventually realized that if these children were to be raised individually in structured family settings, their destructive patterns could be broken. His innovative idea became the Hummingbird Program. Currently, Gregory is the foster parent of eight former street children.