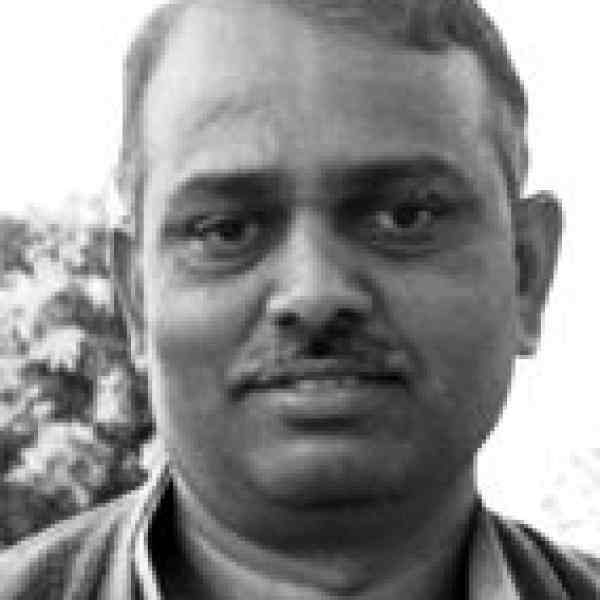 G.L. Janardhana is a long-time organizer and activist farmer who now seeks to persuade other farmers to convert waste land into agriculturally productive land. He is using apiculture and horticulture to improve crop yields and restore the area's environmental balance.

Janardhana is developing a system of training farmers to use apiculture and horticulture as an integral part of their agricultural cycle, emphasizing a critical balance between profitable agricultural practices and sustainability of natural resources. The economic incentive, especially, has motivated more and more farmers in the fragile Western Ghats' ecosystem to adopt his approach. By encouraging farming communities to cooperate and organize themselves, Janardhana has helped them both to increase crop yields and to safeguard their natural resources.

The Western Ghats region of India was previously heavily forested, fertile, and diverse. Unfortunately, government and industry have made it a wasteland. Four decades ago, the vast rain forests in the Malnad region of Karnataka's Western Ghats were flooded by huge hydroelectric projects. The problem was compounded by the destruction of the remaining forest by the pulp and paper industries. Other reasons for the ecological degradation and imbalance in this region include the establishment of power transmission lines and commercial plantations.Used as food, and for religious and medicinal purposes, honey was once widely available in the Western Ghats and distributed all over India. In the past decade, production has been virtually wiped out due to a reduction of the plant base upon which honey bees feed, introduction of non-native species, and the subsequent entry of lethal viruses that have killed many bee colonies. The decrease in the bee population has resulted in significant environmental degradation and diminished crop yields due to the lack of cross-pollination previously provided by the bees. Consequently, traditional beekeepers and honey collectors have become jobless. Ironically, the people of Hosanagar, where Janardhana works, have to buy honey elsewhere to fulfill their vows of offering honey to the local Goddess "Jenukalamma," which in Kannada means "Mother of Honey." Amidst this environmental and economic stress, farmers' efforts have become increasingly scattered and self-centered, and land fragmentation is increasing. Sustainable and eco-friendly income generation ideas such as beekeeping are rare. As a result, natural resources are further strained and poverty is increased.

Janardhana is sending a strong message that it is in the best interest of the farmers and their entire communities to work together. Apiculture and horticulture are at the heart of his plan. While many people dismissed these practices as minor for the typical farmer, Janardhana has shown that they are valuable links in the agricultural cycle, and hence, necessary for economic well-being. Working in Hosanagar, Janardhana is targeting four and a half districts with an approximate population of three to four million people. He has established partnerships with four distinct government departments&#150;Agriculture, Horticulture, Sericulture and Irrigation&#150;to provide the training and materials necessary to reintroduce beekeeping and native plant species into the reclaimed "common lands." Janardhana is building ecological awareness among apiculturists, government agencies, local organizations, and other nongovernmental organizations. He distributes basic booklets and other low-cost printed materials on forestry, bee- keeping, nutrition, related health aspects, and the various assistance schemes of the state government. Currently, he is working on all levels to educate people in approximately two hundred villages about environmental conservation and the threats to their agricultural productivity. He shares with them the impact of soil erosion and suggests strategies to convert 'waste' land into productive land through apiculture and horticulture. Janardhana advocates the reintroduction of depleted native crops such as "drumsticks," mangoes, lemons, arecanut, lime trees, soap nuts, and balsam. In addition, he is working closely with a local health practitioner who has developed a medicine for a viral disease that is killing bee colonies. And with training in identification and planting of native species, he has developed a calendar of flowering plants in the valley, a valuable educational tool. While government efforts to revive apiculture and the use of native plants have failed, Janardhana thinks that he will be successful; he is a practicing farmer, he says, who understands how to communicate with other farmers.Because Janardhana believes that farmers will adopt his plan only after they have seen its benefits with their own eyes, he has developed highly effective demonstration sites which prove, for example, that it is possible to increase the production of mustard seeds in this region by 131 percent, onions by 178 percent, carrots by 500 percent, and radishes by 700 percent. Over the next few years, Janardhana intends to reach one hundred ten farmers in six more villages. He will be organizing a network to spread his idea through volunteers, clubs, civil society organizations, and the government. His goal is to motivate each farmer to have five to ten bee boxes on their farms and to convert the surrounding wasteland into agriculturally productive land by planting various native crops. Their combined actions will transform this area into a "flower valley." The project planning is highly participatory and emphasizes the economic returns and ownership of each participant in the project. With the support of the Department of Apiculture, Janardhana enables farmers to access beekeeping boxes or to construct them, and he provides relevant training in apiculture practices. Women have been organized into groups, with each group representing twenty to thirty families. They have learned about bee-keeping, growing kitchen gardens without using chemical fertilizers, and marketing products through their cooperative. Because poor return on their investment is an issue plaguing the entire farming community, and because of the national crisis in honey production, Janardhana's critical work has the potential for national impact. His solution can be adopted anywhere there is a similar socio-ecological situation. Janardhana's spread strategy grew out of the successful examples he observed in other arenas. He is also networking with other 'environmental' Ashoka Fellows to expand his reach. Janardhana expects that, motivated by the demand for honey and sustainable native crops, farmers will spread his concept, building momentum for a wider movement. Farmers and citizen organizations will lobby the government to adopt and promote the successful elements of this project. Academics and development experts, both internal and external, will document and evaluate the project on a continual basis.

Born in 1955 into a family of progressive farmers, Janardhana had a love for nature right from the start. When he trekked from Bhagamandala to Nagarahole at age twenty-three, he was especially distraught by the environmental degradation that he saw. During his student days, he participated in various social-ecological movements, and, through various jobs, he gained direct experience in volunteer management, community participation, project management, and policy impact. One project was a water reclamation initiative supported by the World Bank. Janardhana was able to successfully mobilize local resources to fund 10 percent of the project. A leader in the farmers' movement, he participated in the anti-eucalyptus campaign and worked with Sunderlal Bahuguna, the guru of the eco-movement in India. Janardhana is a courageous man of principle who has a reputation for fighting against injustice. Once, when he stood up to the police, Janardhana was severely beaten and spent a year in the hospital recovering from broken elbows, a knee. and other injuries. As a testament to the value of his leadership, his fellow farmers took care of all the medical expenses so that they would not burden his family. He lives with his wife, who is a teacher. A natural leader, Janardhana understands that for a community to sustain itself, it must have its own leaders take ownership. After identifying these individuals, he offers guidance when necessary. He is very successful at initiating action and then allowing others to take charge. Because Janardhana is an extraordinarily adaptable person who leads a simple lifestyle, he has been well received by the communities in which he works.