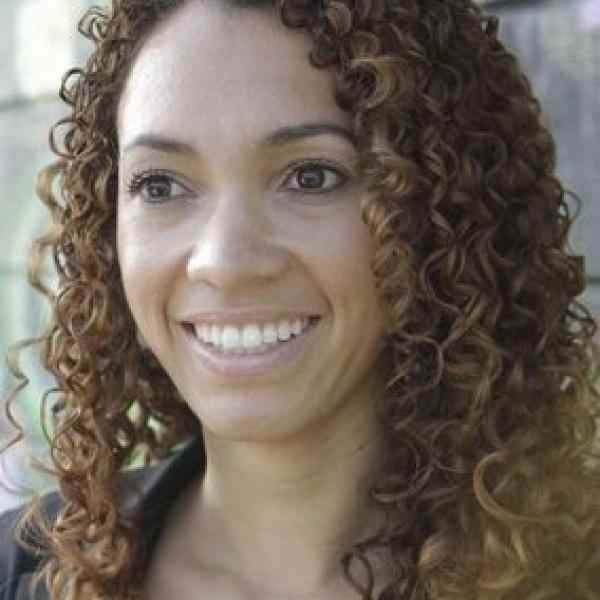 Gina Clayton is building a loving and powerful community for the millions of women who have loved ones behind bars to end the harm of the American criminal justice system to women and families.

Gina founded Essie Justice Group in May of 2014 to harness the collective power of women with incarcerated loved ones to end mass incarceration’s harm to women and communities. Through its Healing to Advocacy cohorts, base building and campaigns, and community-led research, the organization facilitates healing for thousands of women, builds community power and drives social change.

Central to Essie Justice Group’s approach is the belief that those directly impacted by oppressive systems must lead the fight for liberation. Yet in a climate of societal stigma and shame, organizing those most impacted by mass incarceration is a challenge.

Through an innovative Healing to Advocacy model, Essie Justice Group breaks the stigma and silence women with incarcerated loved ones experience forming communities of support and advocacy. Essie Justice Group considers engaging women not only a moral imperative, but also a good strategy. By applying a race, gender, and economic lens while engaging a large and powerful community of women, Essie Justice Group is poised to lead transformative social and policy change.

Mass incarceration is a social justice crisis of astounding proportions in America. The United States imprisons more people per capita than any other country in the world by fa. Today, 2.3 million Americans are confined in jails and prisons. Incarceration has increased in the United States by more than 500 percent in the last 40 years.

Often overlooked, however, is the impact of mass incarceration on American women. One in four women in this country have a family member in prison, and one in two for Black women. Under Gina Clayton’s leadership, Essie Justice Group is working to increase understanding of the full scope of harm that criminal justice policies have caused, bringing in women’s rights champions and criminal justice reform partners to address the impact on millions of women with loved ones behind bars.

Essie Justice Group has helped uplift staggering statistics that illustrates this impact: Today, 1 in 4 women and nearly 1 in 2 Black women has a family member in prison. Millions of women with incarcerated loved ones suffer beneath a crippling emotional and financial toll. The sense of loss is painfully acute and often borne silently, leading to severe depression, sickness, and even suicide. Fearing social marginalization, women are hesitant to reach out to existing support networks for help.

In this age of mass incarceration, women are at once sole leaders and lynchpins of families, expert navigators of complex systems, adept at articulating the features of a broken system, and isolated, impoverished, and overlooked by contemporary crime and safety approaches that focus on men. Wasted is the expertise women have individually developed, as their isolation prevents them from being engaged in mutual support and advocacy

At Essie it all begins with a nomination. Incarcerated men and women serve as the organization’s most important partners, writing nomination letters about the women in their lives who are then invited to join the program. Then, over nine weeks, a cohort of 15 women begins a journey of healing, sharing resources and gaining skills and confidence. As the process takes hold, participants break free from isolation and leave transformed, better prepared to deal head-on with incarceration’s devastating impact. Women who graduate are then eligible to become a member of Essie Justice Group by taking a pledge. Members (known as “Essie Sisters”) lead the organization through facilitating new cohorts, conducting prison and jail inreach work, and spearheading policy campaigns. Such campaigns are an opportunity for Essie graduates to test their organizing muscles while simultaneously using a well-understood issue to highlight the very real ways that our current system affects women. One such example is a campaign launched in 2016 in California to permanently end the use of money bail in the state. Indeed, it is often women who must pay bail fees for the more than 450,000 people behind bars who have yet to be convicted of a crime. In partnership with Silicon Valley Debug, the ACLU, Californians for Safety and Justice and the Ella Baker Center for Human Rights Watch, Essie Justice Group co-sponsored two bills current moving through the California state legislature.

In under three years, Essie Justice Group has conducted outreach in 34 prisons; received nominations from over 15 states; hosted a national policy summit convening more than 20 organizations; launched a leadership development program for graduates of the Healing to Advocacy model; developed Essie Justice Group constituent leaders in five key states; and completed ten cycles of its Healing to Advocacy program in the California serving nearly 5,000 women to date.

As part of its narrative change work, Essie Justice Group also has facilitated the participation of women with incarcerated loved ones in national reports and documentaries including John Legend’s Free America Campaign and Ava Duvernay’s acclaimed film “13th.”

Essie Justice Group is named after Gina’s great grandmother, Essie Bailey, who grew up in Louisiana as the daughter of sharecroppers. In 1938, she moved west with her young children, searching for opportunity and an escape from the racism of the Deep South. She landed in Southern California, where she worked three jobs as she raised her three kids, and according to Gina, built the foundation on which Gina and her entire family stand today. Essie was able to build a foundation for her family in large part because she developed a network of “sisters” that helped each other with anything, at any time.

While studying at the University of Southern California, Gina became a youth organizer for the NAACP and organized campaigns addressing campus policing, voter registration and state sentencing laws. Under her leadership, the chapter became the largest in a nine-state western region, and she was eventually elected to the National Board of Directors. Her experiences as an organizer and civil rights activist in South Los Angeles led her to pursue law. In her first year as a student at Harvard Law School, someone Gina loves was sentenced to 20 years in prison. Despite years of work in racial justice and organizing prior to law school, it was this painful personal experience that would put her on a new course.

Her great grandmother passed away a month after Gina moved to Harlem, NY, where Gina designed and implemented the Housing Defense Practice at The Neighborhood Defender Service of Harlem ("NDS") to represent women who were facing eviction as the result of a criminal matter. She represented low-income Black and Brown women who were fighting eviction cases because of a family member’s criminal matter. Women with loved ones behind bars were suffering, resulting in weakened communities. Transitioning her practice and moving back to California, Gina began to look for organizations and academic literature that addressed criminal justice with a focus on women with incarcerated loved ones – and found none. She founded Essie Justice Group for those women.

Gina was awarded an Equal Justice Works Fellowship for her work at the Neighborhood Defender Service of Harlem. In 2014 Gina won a Soros Justice Fellowship, an Echoing Green Global Fellowship, and a Harvard Public Service Venture Fund Seed Grant in support of her design and launch of Essie Justice Group. Gina was named “Top 14 Women Who Rocked 2014” by Colorlines, in 2015 was named 2015 JMK Innovation Prize a San Francisco Magazine Soldier of Social Change in their "Women In Power Issue.” In 2016 Gina was featured as Community Builder by Essence Magazine’s October issue and in 2017 Gina was awarded the Grinnell Prize, the largest award given by any U.S. college in recognition of social justice. Gina holds a B.A. in American Studies and Ethnicity, with a minor in Education, from the University of Southern California and a J.D. from Harvard Law School.