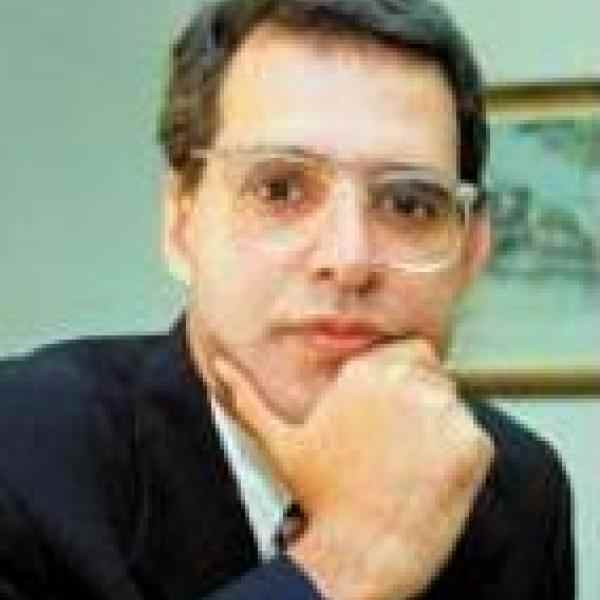 Gilberto Dimenstein has pioneered the Neighborhood as School (Bairro Escola) initiative expanding communities’ learning spaces well beyond public and private schools. Engaging the energy, enthusiasm, and creativity of children and youth between the ages of 4 and 18, this venture has led to a series of activities that unite learning and action, draw on a wide range of community resources, and promote social cohesion and community improvement.

Addressing the most serious shortcomings of formal primary and secondary education in Brazil, the Neighborhood as School (NAS) initiative supplements in-school learning with a broad array of community-based activities that nurture the creativity of children and youth, hone their skills in planning and executing group projects, and introduce them to the worlds of work and community service. Launched in 1997 as a pilot project in a socially diverse neighborhood of São Paulo, it includes more than a dozen separate undertakings that use the neighborhood’s facilities and mobilize volunteers and financial support from public, private, and citizen sector organizations working in the community. Each undertaking plays an important role in reducing race, class, and age divisions, as well as identifying and apprenticing future social entrepreneurs. They have engaged more than 700 youth in 130 separate ventures over the past 6 years, including a computer education program for senior citizens—in which youth assume the educator’s role—a year-long internship program at a local radio station, and an urban intervention program with an important wall art component.

Over the past 15 years and more than two decades of military rule, Brazil has experienced important political, economic, and social gains. Unfortunately, its public schools have failed to keep pace. Many are inadequately funded and staffed, offering students little opportunity to develop their creativity, learn by experience, work collectively to problem-solve activities or prepare them for productive roles in society after completing their formal education.Political and educational reforms introduced in the 1990s resulted in a welcome degree of decentralization of the public education system and allowed for experimentation with new approaches at the state and community levels. A positive result of those reforms was the introduction of “scholastic councils” and increased participation by parents in activities. However, many important gains in the quality of schooling hoped for were not realized. For various reasons, including timidity and lack of vision from school administrators, poorly prepared teachers and resource constraints, few have been willing to experiment with new approaches.The continuing paucity of ventures that engage school-age children and youth in the larger community is also an important missed opportunity to address issues of social divisions relating to race, class, and economic status. Among developing countries, Brazil has particularly wide disparities in income that are mirrored in the student racial composition of most primary and secondary schools. Private schools and public schools are often segregated racially and economically.

The origins of the NAS project may be traced to a website that Gilberto created in the mid 1990s, where public and private school students, and eventually teachers and journalists, shared experiences, observations, and material related to education. The website expanded to include supplementary materials for various fields of study, information on job opportunities for youth, and articles on education written by youth and journalists. It spawned the creation of four magazines/newsletters (on-line and print) directed at students and teachers in public and private schools.Over the years, the website also stimulated the creation of several concrete undertakings that served as additional building blocks for Gilberto’s NAS initiative. In one venture, Digital Expressions, young people take on a volunteer educator role, teaching senior citizens how to use the computer and negotiate the internet. Another, Incubator, promotes and supports the introduction of youth in the workplace. A third, Life Stories, enables young people to develop personal websites and connect their life stories with historical moments in Brazil and the rest of the world. And yet another, Café Aprendiz, a cyber café and restaurant, serves as a site for culinary classes and as a source of financial resources for the overall undertaking.To coordinate the components of a pilot program in Vila Madalena (a district of São Paulo with a diverse social composition), Gilberto created the organization, Learner, in 1997. With the aim to integrate schools with the community and expand the range of learning opportunities for children and youth, Café Aprendiz has organized several high-visibility projects with the participation of many public and private school students and broad support from individual volunteers, citizen organizations and business firms in the community. One project, the “100 walls,” mobilized children, youth, and community volunteers to plan and execute, over the span of 30 months, mosaic panels on l00 walls in various parts of São Paulo—an undertaking supported by the city’s Youth Coordinating Department, the Bank of Boston Foundation, a local painting materials factory and a Brazilian visual arts cooperative. This was the seed for the formation of a continuing “urban intervention program.” Another, the Aprendiz Comgás project, an ongoing initiative that was launched in 2000 with support from the City of São Paulo Gas Company with the aim of generating future social entrepreneurs, has enabled more than 700 young people to develop some 130 social intervention projects addressing health, waste recycling, physical fitness, and school improvement needs. A third such undertaking, RadioActive, launched in 2003, enables a group of 10 high school students each year between the ages of 14 and 18 to intern with a local radio station (89FM), familiarizing them with the work of each of its departments, examining the station’s role in the community, and producing one or more radio shows for public airing. Recognizing that the sustainability and long-term success of the overall Aprendiz/NAS initiative depends on continuing collaboration among a diverse set of actors—including public officials, school administrators and teachers, community leaders, citizen organizations, business firms, children and youth—Gilberto gained the approval from public officials in São Paulo to create new “community educator” positions that link schools with their surrounding communities. To equip the new “community educators” with the knowledge and tools required to accomplish their tasks, he designed a 120 hour training program with the University of São Paulo and the University of Campinas. The first class of “community educators” completed the program in December 2005. To facilitate the spread of the NAS concept and the establishment of similar ventures in other parts of Brazil and elsewhere in Latin America, Gilberto has pursued several lines of action. Having regarded his initiative in Vila Madalena as a pilot project, he has encouraged public officials, school administrators, teachers, and leaders of citizen organizations in other communities to visit the project and replicate it in whole or in part, to take advantage of resources in their communities. He has also succeeded in enlisting UNICEF’s and UNESCO’s endorsements of the project’s methodology, which is thoroughly and persuasively described in the widely distributed, Neighborhood as School, Mobilizing the Educational Potential of the Community, published by UNICEF and Fundacão Abrinq in English, Spanish, and Portuguese. In addition, he has recently persuaded municipality and school officials in many communities (Praia Grande, São Bernardo do Campo, and Taboão da Serra) in São Paulo State to introduce the NAS approach and to enroll teachers and educational administrators in the “community educator” training programs of the University of São Paulo and the University of Campinas.

Both as a journalist and author and as a social entrepreneur, Gilberto has displayed an abiding interest in children and youth, in the educational process, and in human rights, and most of his work is focused at the intersection of those issues.As a child, Gilberto quickly discovered that experience in the classroom failed to satisfy his curiosity, and he became an avid reader of newspapers and magazines and an “explorer” of the world around him. As a university student, he enrolled in the Journalism Faculty of the Casper Libero Foundation, and he subsequently pursued a degree in sociology. In the late 1970’s, however, at the height of Brazil’s military dictatorship, the political situation in Brazil forced him to abandon his university studies and leave the country.Upon returning to Brazil, Gilberto began working for a series of major newspapers including O Globo (Rio de Janeiro), Correio Brasiliense (Brasilia), and Folha de São Paulo. At Folha de São Paulo, Gilberto has played a major role in transforming Brazilian journalism through investigative reporting and in-depth analysis of major social issues. Focusing on the situations of children and adolescents, he has given voice to marginalized and often misunderstood segments of Brazil’s population and made important contributions to the public’s understanding of them and related policy issues and options.Gilberto has also authored several books building on his newspaper articles. Two of those books, dealing with children and adolescents, merit special mention: Guerra dos Meninos (Children’s War), focuses on the theme of violence against children, and Meninas da Noite (Girls of the Night) confronts child prostitution and the trafficking of women. Translations of the latter were published in England, France, Germany, Spain and Japan and served as the basis for a television documentary in the U.S. It played a key role in focusing the attention of policymakers on trafficking issues and helped bring some of those involved to justice. In the early 1990s, in collaboration with his former spouse Ambar de Barros, Gilberto played a central role in the creation of Agência Notícias dos Direitos da Infância (ANDI), the Brazilian News Agency for the Rights of Children. Transforming public understanding of issues relating to the rights of children and adolescents and promoting adherence to those rights in the Brazilian setting, ANDI works closely with strategically placed child-friendly journalists in a sustained effort to expand and improve media coverage of children and their needs, of civil society initiatives responding to those needs, and to spur the adoption and implementation of public policies to protect the rights of children. With assistance from the Avina Foundation, the ANDI model is being replicated in eight other Latin American settings. Another of Gilberto’s endeavors is the project, Invisible Heroes, a publication relaying the stories of an impressive and diverse group of people who are developing innovative projects in the social sector. Gilberto was a visiting scholar at Columbia University’s Center of Human Rights in the mid 1990s and has received numerous awards for his work in journalism, education, and human rights, including a Maria Moors Cabot Special Citation from Columbia University (1990), Brazil’s National Human Rights Prize (1995) and a UNICEF Prize for Child and Peace Information.