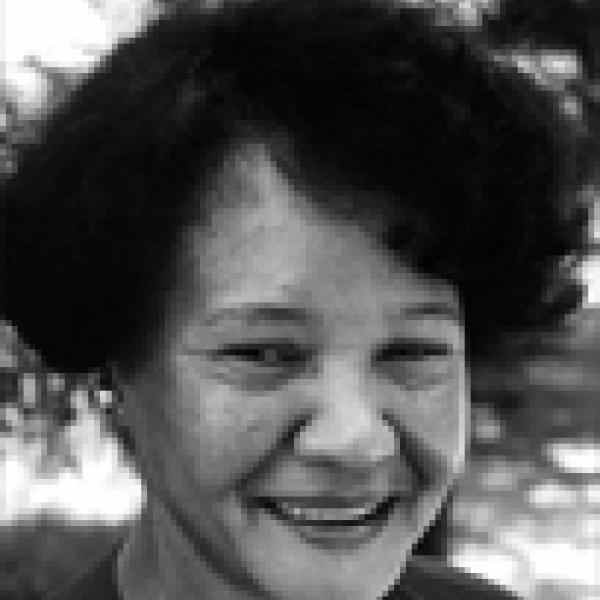 Flick Asvat is teaching young people in South African townships to help themselves and each other become proactive in their own education and to rise above the lack of opportunities presented to them.

In South Africa formal education is considered the path out of poverty that leads towards a better life&#150;a powerful and nearly universal idea. But in a country beset by teacher strikes, violence, child abuse, and poorly equipped schools, children who try to apply this truism to real life can be more discouraged than inspired by it. After all, good study habits alone can not compensate for a bad education system, just as a strong work ethic hardly makes up for a lack of work to do. Too many children don't go to school, don't do well there, or can't get jobs upon graduation for the classroom to be their sole hope and refuge. Convinced that formal education has failed to give students keys to unlock their full potential for success&#150;and that failure in this area is unacceptable&#150;Flick is putting children in control of their own out-of-school educational programs. She has developed a concept, Bugrado, based on the idea that human beings have the power to change their circumstances. Bugrado has several tenets: mentorship, validation through experience, value of the person, empowerment from within, self-determination, and unity. Flick bolsters the sagging education system by introducing Bugrado to township children. Assisted by unemployed graduates and tertiary students, Flick identifies young leaders and trains them as mentors. She encourages students to take their own unique abilities&#150;whether in dancing, mathematics, soccer, drawing, or anything else&#150;find other students who want to learn from them, and form small mentorship groups. In this manner, the students create their own after-school programs that keep them and their peers off the street. The mentors not only share their skills with their "buddies" but also care for them and serve as role models. The "buddies" then become mentors themselves, find their own group, and thereby the Bugrado concept spreads. This cascade method allows ten leaders to eventually reach ten thousand students. Although Bugrado focuses on children, it brings together parents, teachers, and other citizens who are concerned about rising crime and communal decay. These adults see what the children are doing and become involved as coordinators and supporters.

Juvenile crime, violence, rape, alcohol, and drug abuse are rife in South African townships and have become a way of life for many young children and youth living in these areas. A 1998 survey by the University of South Africa found that 38 percent of people between the ages of fifteen and twenty-three engage in criminal activity or some other form of anti-social behavior. These problems are prevalent in many schools in South African townships. A government survey of ninety-nine schools in Gauteng Province revealed that nearly half of all students are sexually abused; more than half are abused emotionally and physically; a third are substance abusers; and, not surprisingly under these conditions, every second child has emotional or psychological problems. Additionally, the study found widespread vandalism, widespread violence, and chronic problems with truancy, absenteeism, and tardiness. According to police statistics, Mitchell's Plain in Cape Town and Alexandra Township in Gauteng, Flick's target areas, are collectively responsible for 50 percent of the crimes committed throughout South Africa.This portrait of social decay would challenge any education system to become a force for social change. The system inherited by South Africa's new democracy was particularly unprepared for meeting such comprehensive needs. Highly structured and authoritarian, it was designed to produce and control an unskilled and uncritical labor force. Despite new curriculum and attempts to change this system, reform has been slow to overcome its enormous obstacles. The culture of learning and teaching disintegrated during the struggle against apartheid. The difficulty of shifting entrenched attitudes and beliefs of teachers in this reconstruction phase has made it almost impossible to retain children in schools and to gain their full cooperation and participation in their own learning and growth.

Flick designed Bugrado to begin with intensive input from Flick and her staff, then thrive and spread on its own. Over the course of six months, she introduces Bugrado in a school and monitors the program. The official program runs for two hours in the afternoon and is led by a Bugrado team that facilitates small group activities that teach study skills, human rights awareness, and community awareness. The children begin to form their own mentorship groups during this period of supervision. Flick is then free to move on to another school. Within a month after the project was introduced in the pilot schools, fourteen hundred students were involved on a daily basis and principals, educators, and parents saw amazing transformations in the children. Child abuse decreased, aggression was tempered, school attendance improved, students became more co-operative, and overall academic performance improved. Because of the cascade approach to getting children involved, Bugrado spreads quickly. Everyone can become a mentor to someone else. Ten tertiary students each mentor ten student leaders, who in turn each mentor ten other students, and the replication continues in this manner so that ten leaders can eventually reach ten thousand students. Outcomes after the first year of the program showed that children as young as five years old were aiding younger children in their development. Additionally, the children themselves were managing the pilots, developing their own programs, promoting themselves to the community, and doing their own fundraising. Five leaders between the ages of fourteen and seventeen decided to move the project to other schools where children were beginning to copy the project. These five leaders, unaided by adults, chose four nearby schools and approached the principals about starting the project there. One of the leaders, aged sixteen, is running a mini-Bugrado from his home for eighteen "buddies" until an official program can be established in the schools they have identified.Flick invited the Gauteng Department of Education to examine the program firsthand. They were impressed by the success of the project, and Flick is now gradually winning the support of government. The State President's office, in response to a letter from Flick, has told her that they have forwarded her documentation to the Gauteng Departments of Education and Welfare with a request to include Bugrado in their programs. Flick is currently working on partnerships between Bugrado and these two provincial departments.Flick has successfully created five pilot programs around Johannesburg and is now focusing on Alexandra Township, where the program is operating in four schools, reaching approximately six thousand students.Although the current project is focused on schools, Bugrado is not solely a schools program, and Flick plans to eventually spread the concept to other sectors of society. She has already successfully tested the program in a corporate setting.

Flick is the last of three children born to the first black teacher in the Cape. Her mother, who was committed to community service, instilled in Flick strong humanitarian values that would remain with her for life. At the age of twelve, her education was interrupted when the family had to flee to a Zambian refugee camp and then to Botswana. When Flick was fifteen, her mother became ill, and Flick became the breadwinner of the family. Three years later, she and her mother, whose health was deteriorating, returned to South Africa. Under extreme personal pressure, Flick found her life falling apart. She discovered a personal development approach to problem solving, which completely changed her outlook on life. In her desire to share what she had learnt with others, she successfully formalised this approach into a unique methodology appropriate to groups of people, and began to assist people in solving problems, achieving their dreams, and reconciling their families. Bugrado was born, and shortly it was introduced to the corporate environment and presented to the Human Sciences Research Council, which tested it and found it to be effective.In 1994, Flick joined the new democratic government in the offices of the Minister of Education, Gauteng. There she found just how serious the problems in schools were, and she became convinced that her program could alleviate those problems. She resigned her position and committed herself totally to the implementation of Bugrado.