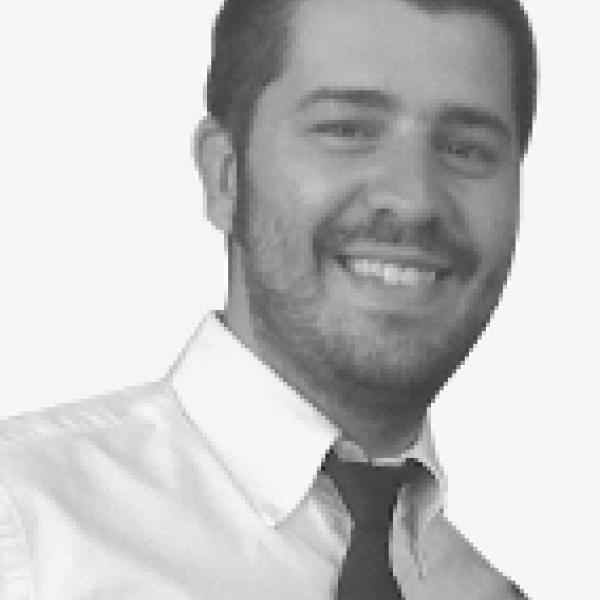 Felipe Heusser is promoting a culture of transparency and accountability in Chile and Latin America by creating incentives for politicians to disclose more information about their actions and by facilitating citizens’ access to it. Felipe is using social media technologies and partnering with Chile’s leading communications media to disseminate the data in a manner that encourages informed decision-making and greater civic participation.

While working in the public sector in Chile, Felipe witnessed a number of alarming transparency issues and detected a strong correlation between this situation and citizens’ apathy toward politics and democratic rule. Felipe left the government as a result and is now creating a culture of political accountability in Chile. He is doing so by establishing incentives for politicians to make information about their daily work public and by transforming this newly accessible data into easily digestible information that can guide citizens in their civic engagement. Felipe is harnessing the power of Internet technologies to create much needed avenues for communication and engagement between citizens and their elected representatives. He is promoting political literacy in Chilean society and fomenting the demand for transparency and access to information. Access to information, however, is merely the first step in promoting citizenship and transparency. What matters most is how the information is then used to further the common good. The platform Felipe has developed showcases public information in a way that is easy to assimilate for citizens, and leads to informed decision-making, which makes for a more vigorous democratic process. The data is also becoming an important tool for citizen organizations (COs) that seek to influence public policy, as well as for journalists, who finally have access to a reliable and multi-layered source of information.

As a result of the highly centralized power structures that characterize Latin America’s political and economic systems, public information tends to reflect the interests of a privileged few. In addition, a long history of corruption and secrecy at the government level has enduring consequences to this day: Commitments to transparency and access to information are only nascent phenomena in many Latin American countries. Information is particularly lacking in public decision-making processes—be they legislative or political—which is most evident during and right after electoral campaigns. Not only does the available data generally not reflect the reality and interests of most citizens, it is also extremely scarce and poorly organized. Such data makes it difficult for people to interpret information once they actually manage to access it.

This situation leads to high levels of apathy toward government on the part of citizens and can significantly weaken democratic rule. It is made worse by the fact that most people do not even perceive the lack of information and transparency as significant problems. It should come as no surprise, therefore, that a survey of 18 Latin American countries—conducted by a Corporación Latinobarómetro, a Transparency International partner—revealed that in 2009, more than 50 percent of the population did not care whether or not it lived in a democracy, as long as the government could address the economic issues they faced. The result is that politicians lack incentives to do their jobs righteously, thus creating a fertile environment for corruption and mismanagement, as politicians have few incentives.

Moreover, the political arena in the region remains quite inaccessible. Most citizens are simply not aware of the policies created and/or dismissed by political parties. They generally do not know which laws are being discussed and who is responsible for each initiative. It is even more unclear whose interests specific projects might represent, which politicians actually attend each parliamentary session, or what is decided within them. There is an obvious and pressing need to establish strong parliamentary monitoring systems across Latin America.

Although new social media technologies could be a key instrument to foment a sense of transparency and responsibility within political systems in the region, the size of the digital divide in Latin America remains an important challenge. Any strategy that utilizes social media strategies to engage citizens politically will need to include complementary tools to ensure the participation of all of society. Very few have taken up this important challenge until now, apart from Fundación Ciudadano Inteligente.

To address these transparency issues, Felipe created Fundación Ciudadano Inteligente (Intelligent Citizen Foundation). His team comprises professionals from a diverse range of disciplines such as political scientists, sociologists, communication specialists, web developers, and bloggers. Felipe established the organization in 2009, thus strategically coinciding with the presidential elections in Chile—a time where citizens’ and journalists’ demand for information is logically higher than normal.

Votainteligente.cl, the foundation’s web platform, has since established itself as a trustworthy, professional, and innovative tool for political and civic participation. Felipe and his team dig up information relating to political processes, aggregate and organize it, and make it publicly accessible to Chilean society at-large. They have conscientiously developed visual ways to present the information to make it both compelling and easy to understand. Fundación Ciudadano Inteligente is thus increasing the amount and quality of public information that reaches Chile’s population through social media tools.

The foundation has developed softwares to “synch” digitalized information from the Congress and communication media onto votainteligente.cl. It has also created web applications that allow citizens to participate as accountability partners in the information building process through crowd-sourcing technologies. For example, during the last presidential elections, citizens were able to monitor illegal advertising and campaign promises through the platform by sending their written or image contributions through computers and text messaging. The foundation is becoming one of Chile’s main players in the field of transparency. Votainteligente.cl is now the most visited politically focused website in the country. During the 2009 elections it hosted more than 4,000 unique visitors per day and many more through Facebook and Twitter. This notoriety and their proven track record has allowed Felipe’s organization to establish partnerships with Chile’s leading academic institutions to provide them with up to date information about transparency issues in the country.

Given that a large portion of Chile’s population does not have access to the Internet, Felipe has prioritized having a high media presence as an intricate part of his strategy. Ciudadano Inteligente works with the country’s biggest media corporations such as CNN, EL Mostrador, El Mercurio, La Tercera, and various radio stations to disseminate the foundation’s aggregated information broadly, especially as it relates to themes debated in the Chilean Congress. In less than one year, Fundación Ciudadano Inteligente has appeared more than 50 times in the media. Most recently, Felipe established an official partnership with one of Chile’s most important newspapers to publish regular in-depth articles generated by the foundation on a regular basis, both online and in its paper version. He has also signed an agreement with one of the biggest television channels to provide them with information on a weekly basis as an official source for their reports.

One of Fundación Ciudadano Inteligente’s most important contributions is to foment a previously nonexistent demand for such information. The organization is thus effectively building incentives for political figures to become more transparent. In the context of the 2009 elections, Ciudadano Inteligente through www.votainteligente.cl developed a transparency index to evaluate each of the presidential candidates based on the campaign information they had made public. Because the initial scores were mediocre, Felipe and Ciudadano Inteligente worked with the media to publicize these results and put pressure on the candidates to increase the quality and quantity of data available about their campaign and policy goals, as well as their funding sources and expenditures. The foundation ran the evaluation a total of four times throughout the elections. As a result of the public pressure, three of four electoral candidates increased the amount and quality of information published on their websites by an average of 18 percent. While in the first ranking exercise only one of four candidates had managed to obtain a score above 50 percent, by the end of the campaign all but one had well exceeded the 60 percent mark.

Felipe and his team are currently working to replicate this experience through local partners in Argentina and other Latin American Countries, leading up to their presidential and parliamentary elections. This expansion, as well as the start up of the initiative, is being supported by Open Society Foundations. Felipe’s ultimate goal is to create a pan-Latin American network of such organizations promoting transparency and civic participation through technology. In November 2010, Fundación Ciudadano Inteligente was the first non-European organization to host the Personal Democracy Forum, an important international event on transparency and technology. In addition, the foundation has been called upon by the World Bank to lead capacity-building workshops for (COs) working on the topic in Latin America. Felipe is also beginning to explore how a similar approach could be applied to monitor consumer rights and foment citizen participation around corporate responsibility. Recently, Ciudadano Inteligente won the PRIX-ARS Electronica 2011 Award for ‘Digital Communities’ one of the worlds most important awards regarding digital development. Fundación Ciudadano Inteligente was chosen among other 407 web projects nominated for the same category.

As a child, Felipe moved from Chile to the U.S. with his parents who were completing post doctorate degrees in New Haven at Yale University. This three-year experience exposed him to new realities and allowed him to learn English at a young age.

Starting in high-school, Felipe began demonstrating strong leadership skills, but only after initiating a degree in law did he get involved with various COs addressing poverty alleviation in Chile. At Law school, he also was elected as President of the Student Union. During his time at Un Techo Para Chile (A Roof for Chile) he developed an interest in the implementation of socially oriented public policies. After his studies, Felipe went on to pursue a short-lived career in government where he worked for the Ministry of Labor and the Ministry of Foreign Affairs. At the Ministry of Labor, he had the opportunity to lead the international agenda of the sub-secretariat of labor—an experience that allowed Felipe to participate in the Chilean delegation at the ILO in Geneva in two consecutive years. Discouraged by the bureaucracy and the lack of transparency that permeated some public sector agencies. Felipe left the public sector to study these issues. He pursued a master’s degree in public administration and a Ph.D. at the London School of Economics &amp; Political Science. Both of these experiences allowed him to deepen his theoretical and practical knowledge relating to transparency and accountability globally; establishing strong relationships with leading organizations working in the field of transparency and technology around the world. As a result, Felipe now acts as advisor to many of those organizations, including the United Nations. Felipe currently dedicates his time to complete doctoral research on Freedom of Information and to the strengthening of Fundación Ciudadano Inteligente in Chile and is planning its expansion to other countries in Latin America. Recently, Felipe has also been selected as 2011 to 2012 Fellow for the Berkman Center for Internet and Society at Harvard University.