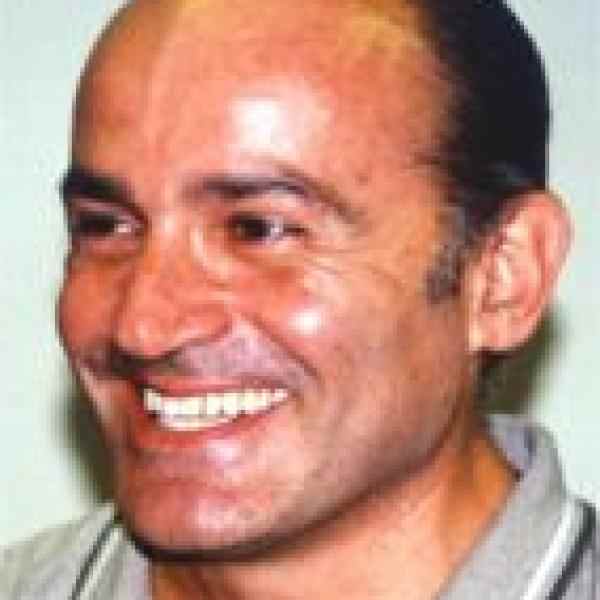 Feliciano Reyna Ganteaume is creating a network of AIDS Community Service Centers in Venezuela–a country severely lacking in effective prevention and care–by drawing support from the most influential sectors of society.

Beginning with a pilot center in Caracas, Feliciano is building a network of AIDS Community Service Centers that offer all aspects of AIDS education, prevention, and care. The centers will bring people living with the virus into direct contact with those who are not infected, both to sensitize the public with respect to people with AIDS and to foster prevention through shared experiences. The pilot center will serve as a training facility for the development of regional centers that will alleviate the shortage of care providers in the interior of the country. As the program expands and centers are established in communities around the country, infected people will not have to travel to the capital to find the quality treatment they require. Through his organization–Acción Solidaria–Feliciano is also uniting, informing, and mobilizing key principals in the fight against the virus. His allies include representatives from private businesses, nongovernmental organizations working in AIDS and related issues, the academic community, doctors, and the Catholic Church.

The Ministry of Health and Social Development reports that there are currently 8,000 known cases of AIDS in Venezuela, but estimates the actual figure is at least 70 percent higher, bringing the estimated total to 24,000 cases. The AIDS crisis in Venezuela is growing, but the problem is not being taken seriously enough by those with the greatest capacity to offer solutions. Moreover, independent efforts in AIDS care and prevention tend not to be comprehensive and usually focus on one or two particular areas. Medical care for infected people is expensive and even costlier for those living outside of Caracas, as virtually all public and private service centers are located in the nation&#39;s capital.
In Venezuela there are currently no public or private AIDS projects operating at the national level, and most sectors of the population are not even aware of the problem&#39;s magnitude. The federal government has not launched a national prevention campaign, nor at the branch level has it designed a national strategic plan, despite support offered by UNAIDS and citizen groups working in AIDS. The crisis is such a low priority for the Venezuelan government that AIDS has not even been openly acknowledged to be a serious public health problem. The private sector has been similarly uninvolved in the fight against AIDS. Few businesses or corporations have a record of supporting organizations that work in this field, mostly because of a lack of information on the problem. In general, the public and its institutions have failed to recognize AIDS as their problem.
Although various groups have launched important initiatives in the field of AIDS prevention and care, they have had limited effectiveness. Care and prevention are generally dealt with separately, thus essentially segregating people living with AIDS from HIV-negative people. This method fails to take advantage of the resources that HIV-positive people offer in prevention and does not foster interaction between infected and uninfected people to combat discrimination. Furthermore, there have been no successful attempts to coordinate the efforts of AIDS-focused organizations.

Through Acción Solidaria (&quot;Action for Solidarity&quot;), Feliciano has developed a comprehensive model for AIDS Community Service Centers to offer both prevention services to the general public and care services to those already infected with the virus. The first center is already operating as a pilot in Caracas, and Feliciano intends to develop five additional centers on a national scale. He is also coordinating efforts to make the magnitude of the crisis known and to promote collaboration between diverse sectors in Venezuela.
The pilot center is designing campaigns directed at the entire community affected by the AIDS epidemic, not just the most vulnerable and impressionable groups. One of the major objectives of Acción Solidaria&#39;s prevention strategy is to alleviate the bias toward HIV-positive people. The Community Service Center is open to all visitors and strives to integrate infected and uninfected people through workshops, arts and crafts, and neighborhood association meetings. To reach young people, Acción Solidaria offers lectures, roundtable discussions, and workshops to students between the ages of 10 and 25.
In addition to various prevention initiatives, the centers will also provide integral care services to people living with AIDS. The healthcare program offers a general orientation, including a course on the meaning of life with HIV, emotional and psychological support sessions, nutritional diagnosis, and consultations with medical specialists. The center&#39;s lab performs HIV testing for clients, protecting confidentiality and monitors the health of its AIDS patients. Medical consultations for infectious diseases, dermatology, gynecology/obstetrics, colo-proctology, and lung health are available at about 30 percent of the estimated private consultation cost. Moreover, 30 percent of the center&#39;s consultations are delivered free-of-charge to patients who cannot afford to pay. The team of 14 top doctors is paid half of the consultation fee, although some consult on a voluntary basis. The medical staff also includes nurses, two psychologists, and a psychiatrist.
Acción Solidaria is integrating a project to bring important AIDS treatment drugs to Venezuela from the United States through a Miami branch of the organization. This effort has helped Venezuelans with AIDS gain access to much-needed medicines and permits Acción Solidaria to import donated and less expensive medical equipment. Feliciano eventually plans to use the Miami branch as a way to spread his program to the United States.
To reach the general public, Acción Solidaria campaigns at metro stations, city parks, plazas, and other crowded areas. For World AIDS Day 2001, Acción Solidaria combined forces with other groups to print and hand out more than 200,000 prevention pamphlets in Caracas and 11 cities in other regions of Venezuela. Feliciano also works to connect Acción Solidaria with formative actors within Venezuelan society. With his own background as a businessman, Feliciano has been able to gain the interest of several private companies and rally financial and institutional support for his ventures. Feliciano has also sparked the academic community&#39;s interest, with three major universities agreeing to create a university council to fight AIDS. The council will bring the universities together to compile a body of information that can be accessed by science and medicine professionals, other universities, social researchers, and the entire AIDS treatment and prevention community.
In addition to collaborating with all of his partners to spread knowledge about AIDS, Feliciano is mobilizing relevant sectors to advocate for a more effective public AIDS policy. For example, by lobbying with other citizen-led organizations, scientists, and media players, Acción Solidaria influenced the Venezuelan Health Department to admit its 70 percent underestimation of the number of cases in its official reports. Acción Solidaria also worked with its contacts in the media and private business to uncover and put a halt to the Health Department&#39;s policy of arbitrarily testing male hairdressers for HIV and forcing their employers to fire them.
Feliciano works hard to gain visibility for Acción Solidaria, a definite key to its future success. The center produces a weekly column in the newspaper El Universal called &quot;HIV Alert&quot; and a weekly mini-report entitled &quot;Let&#39;s Talk about AIDS&quot; on Radio Caracas Television. Coverage in international publications has also generated vital support and contacts with eventual allies.

Feliciano was born in Venezuela&#39;s capital city of Caracas, but spent a lot of time with his family in the country&#39;s interior. He began his college education as an architecture student at the Universidad Simón Bolívar and transferred to Cornell University in Ithaca, New York, in 1977. After graduation he remained in New York and became active in the gay community of the United States. It was there, in 1981, that he and his friends first began to hear about the new disease called AIDS. Later that year Feliciano returned to Venezuela to work for his father&#39;s company. When he returned to New York on vacation in 1982, he found that eight of his friends had already died from the virus.
In 1994 Feliciano&#39;s partner, Rafael, was diagnosed with AIDS. Following Rafael&#39;s death later that year, Feliciano began to research every aspect of AIDS and the worldwide epidemic. He was motivated to create an organization through which he could pass onto others the knowledge he had gained during the trips he had taken for Rafael&#39;s treatments in New York and Paris. Feliciano&#39;s father, who was living in the United States at the time, began to volunteer with AIDS organizations there. That work led to many of the contacts on which Feliciano built his organizations in Caracas and Miami. In 1995, along with the man who had been Rafael&#39;s nurse, Feliciano founded Acción Solidaria. During the next two years, Feliciano, then working as the general manager of a textile company, used his vacations to visit organizations and get more involved with the fight against AIDS. He invested all he earned to develop Acción Solidaria&#39;s infrastructure and, in 1997, resigned from his job to dedicate himself full-time to Acción Solidaria.