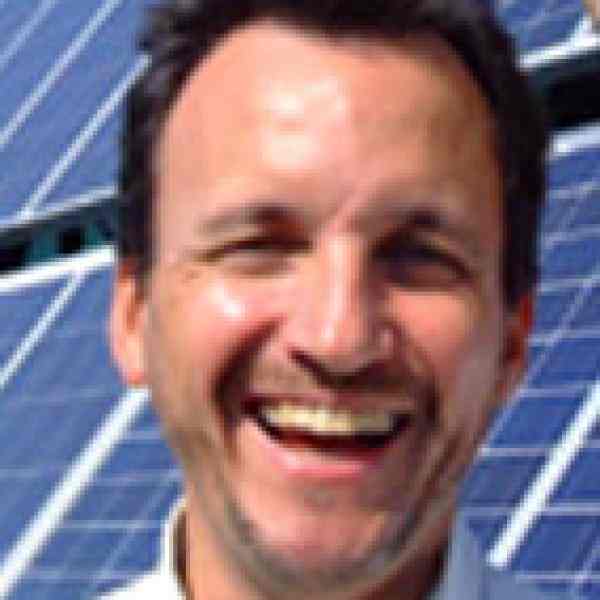 Fabio's "Project Light" succeeded in its very first attempt to raise the living standards of low-income rural families by taking cheap electricity to their homes and farms. The first experiment took place in Palmares do Sul, a rural community in the southernmost Brazilian state, Rio Grande do Sul. It is now being implemented in 23 more communities. The state boasts the most electric service in Brazil, but half of its 400,000 rural properties have no electricity. That means as many as a million rural residents of the state have no electricity, refrigeration, indoor plumbing, water pumps for irrigation, or other common household and farm electric appliances.

Fabio's pilot project from 1984 to 1988 changed that situation for 400 rural families in Palmares and reaped results beyond his expectations. Not only did low-cost electrification stop the flow of residents to cities, it reversed the flow. A study two years after the project's implementation showed that one in every three beneficiaries was someone who returned from the city to resume living in his former rural area. This was in large part because of the newly affordable electric service.

"The moment they have better living conditions in their native rural areas, people return from the cities," Fabio notes. These results substantiate Fabio's contention that poor people are not lured to the city because it is better; they're expelled from the countryside because it's unlivable for them. Given the means to live better, people stay near their rural roots.

Participants in the Palmares project all lived on the minimum wage or less at the beginning of the experiment. Within two years, half had acquired water pumps. Some, by irrigating their crops, had increased their farm income 400 percent within a year. Seventy percent of the beneficiaries acquired electrically heated showers (southern Brazil temperatures frequently fall below freezing in the winter); 83 percent had refrigerators, and 80 percent had television sets within two years.

The project's earliest results demonstrate that supplying electricity benefits both city and countryside. Stopping and even reversing the rural exodus means less burden on city services. Farmers can earn more while selling less expensive food if they can produce more by irrigating with electric pumps; refrigeration enables them to sell their perishable products, such as milk. As small farmers produce more and improve their economic and living conditions, they become larger consumers, which in turn boosts industry and commerce.

Low cost electrification was not Fabio's idea. It came from rural residents themselves when he questioned them about how he could serve them as the new municipality's first secretary of agriculture.

"In meetings with the people of Palmares, they defined what they wanted, and they put electricity number one, ahead even of schools or better work conditions. I was a young, recent college graduate from the city, so their response was a shock. They simply wanted better living conditions," he says.

He went to work trying to arrange electric service for them but quickly discovered the costs were prohibitive. Brazil's electrification during the 1960s and 1970s military regime was done on a huge scale, to provide electricity to cities, industry, and large farms whose owners could afford installation.

"Electric service was directed toward large producers, while low-income farmers who live right below the power lines and couldn't afford electricity," Fabio says.

A college professor developed the technology in the early 1970s that would allow amplification of existing electric supplies to furnish cheap electric service. But his work was ignored or purposely disregarded by those with vested interests in large-scale, expensive electric service. In his search to fulfill residents' demands for cheap electricity, Fabio discovered the professor and his technology. It was utilized with excellent results in the Palmares experiment, which was financed and even awarded a prize by Brazil's national development bank.

The technology today is being employed to such an extent that industry now produces a plentiful supply of the special equipment needed to transform and supply the electricity. Because of the transformation process and the fact that the beneficiaries generally live close to existing power lines, the electricity can be supplied at half the cost of traditional means.

Financing has become the main problem in expanding the project. Brazil's new government cut lines of credit used by the national development bank to assist small farms. Although the project has repaid all loans and becomes self-sustaining after the initial phase, financing is assured now only for the 4,000 of 200,000 families.

Fabio is contacting the ministers of agriculture and social action to reestablish credit lines. His success and commendation from the national development bank back up his requests.

Starting in 1970, there were many investments in rural electrification throughout Brazil. Easy credit and abundant resources enabled Electobras, the federal energy agency, and private companies with state concessions to implement a model of energy distribution that used highly sophisticated and expensive technology. As a consequence, medium and small farmers were unable to afford electricity.

In 1972, Professor Ennio Amaral of the Federal Technical School of Pelotas in Rio Grande do Sul proposed a cheaper, more readily available system of rural electrification based on the model of the developed countries. He was rebuffed by federal and state energy interests. Amaral's work went ignored for more than a decade.

Meanwhile, Brazil's cities swelled with the exodus of poor rural residents putting pressure on already inadequate urban services and social conditions. Though rural exodus in Brazil is treated as a "natural" consequence of progress, Fabio argues that the flight to the cities is more a phenomenon of expulsion than voluntary exodus. People leave their homes because there is little to no development in Brazil's rural regions.

In the early 1980s, Prof. Amaral's ideas were revived by Fabio in the small community of Palmares do Sul. There was strong resistance by federal, state and private energy interests and such resistance continues today. But Fabio believes the opposition will lessen (as it already has in some cases) because his program shows that people whose income improves soon become active consumers and producers in the market. His program demonstrates the possibilities and benefits of bringing marginalized citizens into the economy as active participants and beneficiaries.

Project Light aims to supply cheap electricity to about 10,000 low-income rural families within four years; five years after that, its goal is cheap electrification for another 26,000 families. This involves not only making it technically feasible, but also getting around political, economic and bureaucratic obstacles.

Community involvement is vital to success, so preliminary meetings establish whether the community wants to pursue the project. Once a community commits to the project, local governments conduct a survey of electrification needs and organizers work to instill a positive collective sense among participants. Leaders eventually emerge within the groups. The community executes the project and, finally, a community association is formed.

Fabio went to a Jesuit college where he developed his belief that people have a responsibility to their fellow citizens. Fabio studied agronomy and was invited by the new government of Palmares do Sul to become the city's first secretary of agriculture. It was early in that tenure that Fabio perceived how important electricity was to residents there and to reversing the process of rural-to-urban migration.

Featured in How to Change the World: Social Entrepreneurs and the Power of New Ideas by David Bornstein (2007, updated edition)