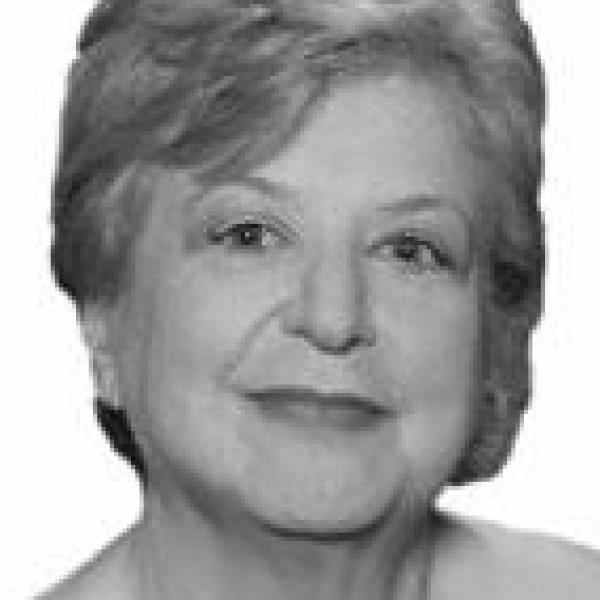 Facebook
Twitter
The Pro Bono Institute
Ashoka commemorates and celebrates the life and work of this deceased Ashoka Fellow.

Check out this video tribute to Esther's work:

This profile is dedicated to the memory of Esther Lardent who passed away in 2016. Esther Lardent is expanding and deepening the civic engagement of law firms and corporate legal departments across the United States and, increasingly, on a global scale.

Esther’s idea is to take the legal profession’s limited and sporadic pro bono commitment to scale by creating, steering, and supporting peer groups of large law firms and corporate legal departments. Under Esther’s leadership, the peer groups establish reference points for commitment and best practices, identify innovative ways to offer pro bono legal services, and track commitment and performance. As a result, the legal needs of the underserved are better addressed and the civic engagement of the legal community grows stronger.

According to the American Bar Association Legal Needs and Civil Justice Survey, more than 80 percent of the civil legal needs of poor people in the U.S are not being met. Moreover, despite the legal complexity of American society and the importance of law in social change, in most cases only the most basic needs of civil society organizations are typically met.

American lawyers were at one time more imbedded in their societies and communities. Now they operate in larger agglomerations, practice away from their childhood homes, often serve remote clients, and frequently suffer alienation. The risk, and in many cases the reality, is that lawyers in elite law firms have progressively become more insulated from ordinary citizens and from the social issues of the day.

Despite the long tradition of pro bono work in large firms, pro bono work consists mostly of the volunteer work of individual committed lawyers, often poorly integrated into firm cultures or business models and poorly recognized and rewarded by the firms and the profession. Most pro bono work involves litigation, ignoring the possible contributions of the majority of lawyers who are not litigators. Much of what is treated as pro bono work consists of board service on and advice to well-endowed cultural institutions. Beyond anecdotes, there remains little tracking of law firm pro bono performance, enabling many firms to enunciate supportive policy but do little to assist the poor or support social change.

Corporate law departments have grown from merely managing the work of outside counsel to being major law firms themselves, with top talent, a diversity of skills, and wide geographical range. They have a limited history of doing pro bono work.

In 1996, Esther formed the Pro Bono Institute (http://www.probonoinst.org) under the aegis of the Georgetown University Law School. The Institute does not provide pro bono services or match lawyers with pro bono clients, but rather focuses on the institutional arrangements needed for a rapid expansion in scale of the pro bono movement.

To mobilize the leadership of national law firms and draw on their competitive instincts, Esther launched the Law Firm Pro Bono Project, which has grown to include more than 150 dues-paying firms. The Project designed, implemented, and administers the Law Firm Pro Bono Challengesm a series of goals tailored to the resources and practice of major law firms. To participate in the Challenge, law firms committed that either 3 percent or 5 percent of their work would qualify as pro bono work. To make the Challenge meaningful, the Project developed and continues to refine standards for what “counts” as pro bono work for purposes of the Challenge, making sure that the primary beneficiaries of the pro bono work are poor people or the nonprofits who work with them rather than just major cultural or educational institutions whose need for pro bono help is less pressing. From an initial roster of about thirty firms, the Challenge now has more than 150 signatories.

Understanding the internal dynamics of law firms is critical to the success of the effort. Esther understood that it is essential for firms to understand and value the business case for pro bono work, rather than view it purely as charity. To make that case, she has written and spoken widely. To make sure that top firms leaders are engaged, she recruited most of her advisory committee not from pro bono partners but from the managing partners of major firms.

The Institute produces and disseminates surveys geared to topics of particular interest to large law firms, as well as a wide range of monographs, law review articles, and other publications, including the Project’s semi-monthly e-newsletter, Pro Bono Wire. Its comprehensive clearinghouse of information, materials, and best practices on law firm pro bono, including sample documents and policies, enables firms to launch or restructure their pro bono programs.

Esther noticed that it is often not long after a firm has developed a taste for pro bono work that interest in providing the service outpaces the firm’s organizational structure for it. She thus assists the firm in adjusting to take better advantage of existing opportunities and introducing it to nonprofit advocacy groups like the Lawyers Committee for Civil Rights that can serve as clearinghouses for pro bono projects, making the practice less sporadic. The result is sustained partnerships that lead to more and more creative work, using a wider array of the firm’s resources. Consulting fees from this work help support the Institute.

The Institute’s annual Pro Bono Seminar and other training programs are universally regarded as the seminal events for major law firms seeking to establish or enhance their pro bono programs. The Seminar serves as the focus for showcasing and promoting continuous innovation. The Institute has used plenary sessions and panels at the Seminar to promote innovative ideas, from a dramatic expansion of transactional pro bono to the idea that large firms should undertake “signature projects” that make full use of their resources to globalization of pro bono to the engagement of senior lawyers in what the Institute calls “Second Actssm.” Attendance has grown to several hundred lawyers from major firms, and Justice Ginsburg now hosts and speaks at the annual award ceremony at the Supreme Court. Seminar registration fees are another sustaining revenue source for the Institute.

Noting the international spread of law firms originally based in the U.S., cross-border mergers of firms, and the growing interest of firms based elsewhere in pro bono, Esther has begun in earnest the global spread of her ideas. Law firms from the U.K., Canada, Australia, Brazil and other countries now regularly participate in the annual seminar. She worked in Australia as a Fulbright Fellow to help foster the pro bono movement there, as well as speaking engagements at conferences in the U.K., Brazil, and Canada. She is now planning a conference in Western Europe.

With the law-firm based effort well underway, Esther launched Corporate Pro Bono, a joint venture between the Institute and American Corporate Counsel. Corporate Pro Bono has its own Challenge, best practices resources and other tools modeled after those used by the Law Firm Projectsm. To cement the analogy and to highlight the importance of law firms’ commitment to pro bono work to corporate clients, the Institute promotes joint pro bono undertakings by law firms and corporate law departments.

A civil rights activist during her college years in the 1960s, Lardent’s interest in pro bono came during an early stint at the American Bar Association (ABA). Before joining the Pro Bono Institute, she served as a legal and policy consultant for the Ford Foundation, the American Bar Association, state and local bar associations, public interest and legal services programs, and other clients. From 1977 to 1985, she was the first director of the Volunteer Lawyers Project of the Boston Bar Association, one of the nations’ first organized pro bono programs, and, in conjunction with that position, administered a nationwide pro bono technical assistance effort from 1981 to 1985.

It was her recognition that the ABA, while an important positive force in the profession, is too cumbersome as a base for transformative change, that she decided to found the Pro Bono Institute.

Esther maintains her strong ABA contacts by serving in its House of Delegates and has served as chair or member of numerous ABA committees and task forces, including the Commission on Immigration, Consortium on Legal Services and the Public, Commission on Domestic Violence, Task Force on Terrorism, and various committees on pro bono and legal services. She was a member of the ABA Board of Governors from 1996 to 1999. She also serves as an adviser to the DC Bar’s Pro Bono Project.