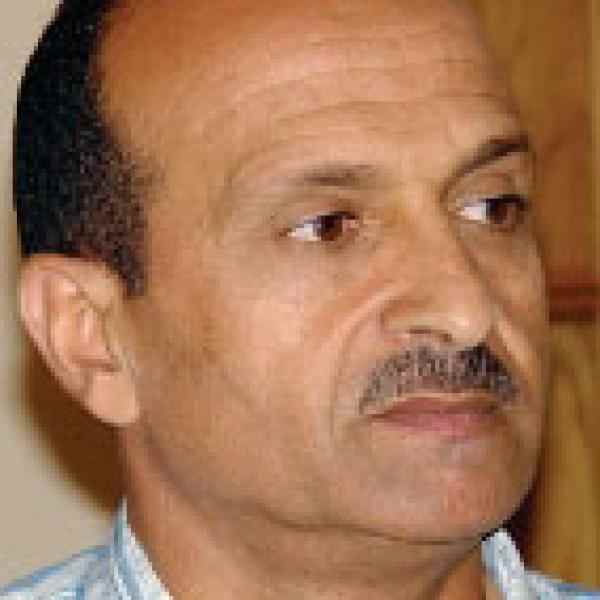 Essam Ghoneim is improving children’s health and school performance by implementing a comprehensive model of nutrition education and guidance in nurseries and primary schools in Alexandria. After a very successful pilot program, he hopes to expand his work to schools throughout Egypt to reduce the impact of inadequate nutrition on children.

Malnutrition increases the burden of disease on children and hinders their intellectual capacities. In Egypt, it is seen as an unsolvable problem, but Essam has envisioned a solution. By introducing nutritionists as key participants in overseeing newly developed nutrition programs in nurseries and primary schools, Essam hopes to foster a more productive and engaged future generation. Already, his work has produced signs of success, with his pilot program effectively reducing the incidence of anemia in children from 49 percent to 15 percent and improving school performance by 30 percent over three years.
Essam focuses above all on the nutritional needs of children, and his program is the first of its kind in Egypt. With the aid of a number of businessmen, foundations, COs, and governmental bodies involved in the implementation of his pilot program, he will expand throughout Alexandria in the next three years. Additionally, his success gained much attention within the Ministry of Education, which has recently agreed to finance a larger project.
Essam’s program has been so successful, and so widely publicized, that three nurseries in Cairo are applying to participate. Essam has also been contacted by representatives of many COs in Aswan, Qena, Sohag, Fayoum and Beni Suef that are interested in learning more about his program and exchanging information.

In recent years, Egyptian society has suffered from a dramatic increase in poor health outcomes resulting from inadequate nutrition. As junk food and heavily processed goods become more accessible, health has deteriorated and nutrition-related health issues, such as obesity and anemia, have become more common. Children and expecting mothers, both of whose well-being rely directly on appropriate nutrition are most at-risk in the face of these increasing pressures. In fact, when Essam initiated his program in 1999, 40 percent of children and 60 percent of expecting mothers were anemic, 24 percent of children suffered from stunted growth, and 4 percent of all disabilities among children could be linked to the effects of malnutrition.
Inadequate nutrition can have repercussions that extend beyond the personal, also affecting a country’s economy and society on the whole. Unhealthy children are less likely to perform well in school than their healthy peers and as a result, are more likely to drop out. Additionally, if children’s poor nutrition and health continue into adulthood, it is likely that they will have difficulty finding and holding a job in the future.
The prevalence of malnutrition in Egypt is also attributable to a lack of awareness of the relationship between health and proper nutrition. This is particularly pronounced in rural areas, where cases of malnutrition tend to be more common and severe, as poverty limits access to foods with high nutritional value and poor education limits awareness about proper nutritional habits.
Although schools have a great potential to educate students and their families about nutrition, this potential is not being realized under the current system. Government schools, which serve nearly 20 million children, do not consider the nutritional value of the food served in cafeterias, nor do they work to encourage proper nutrition. Additionally, under the current state health policy in place in Egypt, nutrition is excluded from social initiatives and nothing has been done to emphasize its importance in relation to health. There are currently no state-sponsored campaigns to educate the public or to encourage healthy eating habits, and laws addressing the issue remain inflexible and unresponsive to the future health of Egyptian society.

Essam launched his pilot program in 1999 in conjunction with the project Evaluation and Development of the Nutritional Care of Children in Nurseries, organized through the CO Mabara and the Social Fund for Development. The key component of his strategy is the training and placement of nutrition specialists in nurseries and primary schools across Alexandria. The nutritionists help prepare healthier meals with local ingredients to serve as cheaper, more nutritious alternatives to the biscuits the government provides as snacks for school children. They also work as advocates of health to parents, teachers, and school administrators. Essam has successfully trained 300 nutrition specialists in nurseries and 75 in schools, and he plans to continue, with the goal of having one in at least 300 schools by the end of 2008.
In the three years that the pilot program lasted, Essam observed that his meals directly led to a decrease in the prevalence of anemia in children from 49 percent to 15 percent, the return to school of 23 students who had previously dropped out, and a 30 percent improvement in school performance.
In order to expand his idea, Essam created the Network for Public Healthcare for Preschool Children, a group of 16 COs which adopted his plan and advocate for it through collaborations with the media, the business sector, and university professors. In bringing these groups together, Essam sought to mobilize public opinion in favor of improving school nutrition in all state-funded nurseries and primary schools.
Essam also focuses on increasing nutrition awareness by meeting with government officials, distributing information to the public through books and pamphlets, and through the media. He is currently using media support, as well as the opinion of civil society and the scientific community to influence decision makers to give nutrition policy a higher priority on their agendas.
For his long-term plan, Essam is finalizing an agreement with the Ministry of Social Solidarity that will allow his model to be replicated in 24 nurseries across six governorates. He hopes to institutionalize his model and is in the process of lobbying the Ministry of Social Solidarity for the annual allocation of one million pounds to his program. After achieving his goals in schools and nurseries, Essam will cater this program towards expecting mothers as well.

Essam was born in Behaira and spent most of his childhood in the countryside. Early in his youth, he became particularly aware of the social issues facing his community and took action to lead and participate in many service activities, including cleaning and laying roads and assisting less-privileged people with tasks.
His social consciousness did not end at his entrance into university, and during his college years, he organized a group of students to visit the first cities established to promote migration to the desert. For two weeks, Essam and his group stayed in Modereyt Eltahrir, where they were able to see firsthand the products and workings of this innovative idea.
Essam studied agriculture and became increasingly interested in nutrition. He chose to pursue this interest at the High Institute of Public Health, where he completed his graduate studies and obtained a Masters degree and PhD. Through both his work in the field of nutrition and his experiences with nursery schools in Egypt, Essam applied his academic studies to confront this pressing issue and come up with a practical solution. He has since dedicated his life to ensuring that all children and pregnant women have better nutrition.
In addition to his programmatic work, Essam is currently a Professor of Nutrition at the High Institute of Public Health.