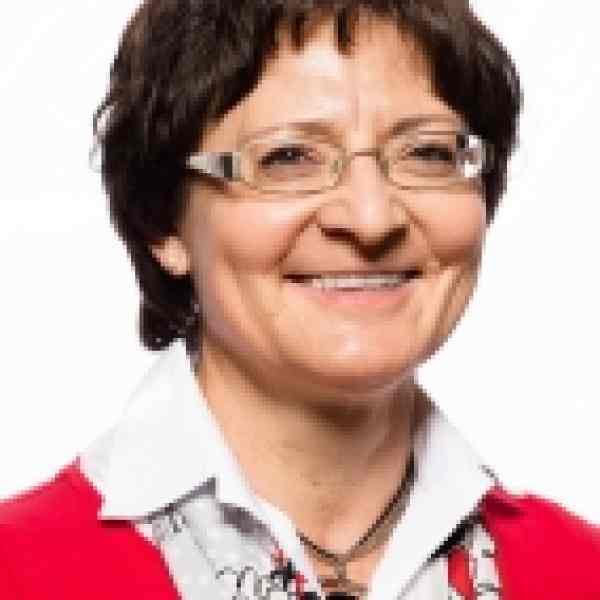 Elisabeth Raith-Paula is changing a long-practiced paradigm of sex education in Germany by applying the principle that children learn to appreciate and value their bodies as the miracles they are before dealing with their sexuality in matters of disease and pregnancy prevention. Elisabeth allows girls and boys to build a strong body competence before puberty as a basis for self-confidence concerning their sexuality and informed decision-making throughout their personal development.

Elisabeth’s initiative MFM-Project challenges the paradigm in sex education in Germany that focuses on the dangers associated with fertility and sexual maturity. For its work with women, MFM stands for Mädchen, Frauen, Meine Tage (Girls, Women, My Days), and for its work with men MFM stands for Männer für Männer (Men for Men). The program’s leading principle is “I can only protect what I appreciate and respect.” In short, the motto embraces the idea of respect of oneself and one’s body, which she fosters in children before they even enter puberty. New—and key to her success—is not only the educational design, but also the involvement of parents and teachers.

Testimonies about the validity of her work indicate that more than 90 percent of children feel far better informed and comfortable with their body and sexuality as a result of attending the workshops. Elisabeth builds a new and improved body competence, self-awareness, cross-gender understanding, and informed decision-making for young people. Her approach overcomes previous shortcomings in traditional body and sex education in Germany. She improves young people’s relationships with their own sexuality, which ultimately has a preventive effect on severe disorders like anorexia, unintended pregnancies, and lasting psychological problems.

Despite its long tradition and broad reach, sex education in Germany is based on the premise of teaching biological facts in a purely technical manner. A common focus is on the dangers of sexuality, such as unintended pregnancy, sexual violence, and sexually transmitted diseases, all of which tend to overwhelm young children who might not have entered into puberty. The Federal Center for Health Education (BZgA) for example, which has the legal duty to educate on sexuality, focuses on providing materials and some workshops. In one of these workshops, 10-year-olds earn a “condom license” by putting a condom on a banana. Studies show that this emphasis on the dangers of sexuality scares children who are not yet knowledgeable about their own body functions and are often far from reaching sexual maturity themselves. This can lead to them starting off into the most exciting period of their young lives with feelings of intimidation, shame, and fear.

Sex education in Germany is formally provided in schools, incorporated into general education in primary schools or in 5th or 6th grade biology classes. The issue of sex education as taboo abounds: teachers in charge do not feel comfortable talking about these topics in the context of coeducation classes. The complexity of the biological facts as well as the limited amount of time dedicated to the topic (usually only a few 45 minute lessons) result in students acquiring very little technical knowledge about sexuality and body functions. They lack a coherent understanding that can help them to connect emotionally to themselves.

Apart from that, a strong attitude in society exists that such a personal and intimate issue should be discussed in families. Parents often lack the sufficient knowledge as well as an approach appropriate to their children’s age. Studies show that sexuality is not discussed at all in 30 to 70 percent of German families, figures varying depending on family background and educational level. Reality is that youngsters acquire their “knowledge” on the issue from peers, teenage magazines and, due to the vast availability of Internet and smartphones, often through pornographic material. This results in half-truths, myths being passed on, and misperceptions among youngsters.

Sex education in Germany generally fails to create a deeper understanding of one’s own sexual body functions and does not connect factual information to emotional experiences and individual body awareness. These shortcomings in sex education and therefore body competence have consequences for the way a child experiences and appreciates his/her own body and influences his/her self-image and self-confidence. The lack of knowledge and comprehension as well as the prevalent misunderstandings and myths among peers has a multitude of ramifications. For example, 33 percent of 6,000 girls visiting an anonymous consultancy in Vienna in 2011 came worried about their own (harmless) vaginal discharge, which they did not know about, or how to deal with it.

Negative self-perception and the rejection of biological processes of transformation during adolescence may result in feelings of inferiority due to deviance from the social norm, such as appetite disorders or psychological problems, which are widespread problems in Germany. In fact, one out of three girls between 14 and 17 as well as 13 percent of boys are diagnosed with such disorders. Furthermore, almost 13,000 unintended pregnancies with 6,500 abortions a year in Germany are to a large part, a result of missing knowledge and awareness.

The lack of a holistic and age-appropriate approach to sex and body education is the motivation that drove Elisabeth to found the MFM-Project. The project focuses on various target groups: firstly the children, but also their parents, the respective teachers and the schools as primary multipliers. The concept of MFM workshops is based on the motto “Appreciation leads to caring.” During gender-separated, interactive and playful workshops for 10 to 12-year-olds lasting one full school day, MFM-trainers (women for girls, men for boys) enable girls and boys to learn, comprehend, and appreciate the changes their own body will be going through during puberty. Positive metaphors increase the efficiency of learning compared to factual learning and effectively tie bonds and strengthen relationships in this crucial phase of (self) development.

Within the workshops boys and girls are taken on an expedition through their bodies. They experience puberty, fertility, and the origin of new life. Information is age-appropriate and presented in an affectionate and positive way and in a protected surrounding. Positive metaphors, storytelling and well-illustrated but accurate materials set the scene for the “cycle show” for girls and “agents on their way” for boys. After going on this expedition, all findings are transferred and directly connected to each boy and girl participating in the workshop. The workshops are designed this way because psychological findings and experiences from learning and cognitive research show that the best learning effect can be achieved by combining physical experiences with emotional and intellectual ones.

As parents remain the primary contact persons for children, the MFM-Project involves them from the beginning. Through a parent’s lecture the project enables them to talk to their children trustfully and on an eye-level. Apart from this, the lecture is also a chance for the trainers to clarify the misunderstandings also prevalent among adults. The third target group of teachers and schools is involved in a more general way. The MFM-Project considers itself to be supplementary to biology classes. Alongside the workshops conducted without the teachers, the trainers and Elisabeth in particular spread the approach and encourage teachers to improve their knowledge and skills on the issue. On a larger scale, Elisabeth has already been involved in the redesign of school curricula and biology textbooks on sex education in two federal states of Germany.

The primary impact of her work is the empowerment of the children. They become willing to talk about sexuality, deal with natural changes, and enjoy living in their bodies. Informed decision-making is facilitated beyond the workshop, and a comprehensive understanding enables the children to talk about their own as well as others’ bodies without feelings of shame or fear. The understanding of biological processes fosters self-confidence to accept changes and bodily reactions as natural and normal compared to the widespread perception of any deviance as pathological and a matter of pharmaceutical intervention.

Elisabeth launched the MFM-Project in 1999. Due to overwhelmingly positive feedback and skyrocketing inquiries for workshops, she soon thereafter launched a train-the-trainer curriculum. The growing activity of MFM was supported by the infrastructure, services, and networks of the Catholic Church in Germany. The regional contact persons of the project in many areas hold part-time positions within dioceses and manage trainers and inquiries. In order to ensure quality standards she requires each of the current 333 trainers to update their knowledge at least every two years with her, while most embrace the yearly offer. Since 2000, MFM has reached more than 330,000 children, parents, and teachers at almost 18,000 events. The concept has expanded to five countries without any overhead costs or an umbrella organization. The workshops are financed directly by schools and sometimes supported by local foundations.

Elisabeth’s vision is to broaden and differentiate the target groups she reaches—in order to establish a new body competence among teenagers, younger children, and even adults in various life phases—such as childbearing years and premenopausal following the thought of MFM—My Fertility Matters. Elisabeth and her team are currently designing a follow up workshops for teenagers in puberty. For a successful further development of the MFM-Project it is important that the project builds an independent structure, which Elisabeth and her team are working on. The team also wants to complete a deeper evaluation of her impact, which they have had little time or funding for to date. The MFM-Project also has been asked to redo sex education for the entire state of Bavaria, and develop a national biology curriculum.

While MFM has had a great deal of impact, it stands at a crossroads today: expansion and content is desired, while also maintaining high-quality standards. Elisabeth is in the process of founding an independent association to solve this, which will decrease the dependence of the project on her as founder and it ensures its long-term success and growth. The main tasks of the association are to organize trainers and their basic needs as well as advanced trainings. They are ensuring quality and further development of the content as well as building a sustainable organization. This gives Elisabeth the space to focus not only on broadening her approach but also on deepening the evaluation of her work and to continue her work in the redesign of sex education.

Elisabeth studied medicine and wrote her dissertation on the “Modern Means of Natural Family Planning” (NFP). Still amazed by the details connected to her studies of the female body she was involved in founding the German network NFP. Many of the women Elisabeth spoke to and consulted were astonished by the fact that most other women were lacking this deep knowledge of their own body and fertility.

Over the years students attending her university lecture asked why school curricula and teenage magazines do not feature more in-depth knowledge earlier on in their lives. This recurring feedback and the experience of her own daughter participating in a workshop in school on sexual abuse in 4th grade made Elisabeth compile the findings of her lecture in a book for young girls. Experiencing the confusion about the issue in her circle of friends, she prepared a parent lecture titled “When my daughter gets her first menstruation.” Because discussion and questions continued until several hours after the lecture and parents begged her to organize such an event for their children, she developed the workshop concept, today known as the MFM-Project.

Since founding MFM in 1999, Elisabeth has focused almost exclusively on the project. The scaling of the project happened without publishing a single ad or any promotional material, relying on word-of-mouth marketing from students, teachers, and parents. She forged alliances and co-operations as well as managed to organize the entire expansion and day-to-day work through a network of volunteers and partner organizations. Elisabeth and her team developed curricula for boys and parents, set up a curriculum for trainers and implemented quality standards.