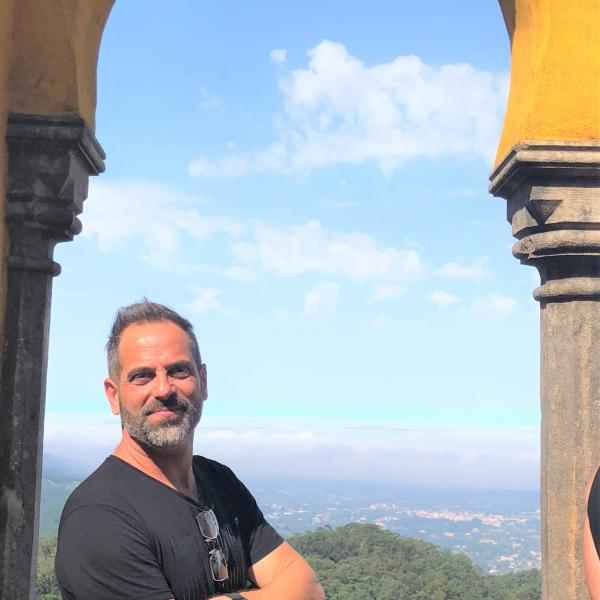 Eduardo Valarelli, an artist and educator, is introducing art therapy into Brazilian public hospitals in order to humanize the relationship between adult patients and health professionals.

In the face of societal prejudice and often inhumane treatment of patients suffering from AIDS and other serious diseases, Eduardo Valarelli uses fine arts to foster understanding between patients and health care providers, and to improve the quality of treatment. Eduardo engages patients in self-expression through art, building their self-esteem and providing an outlet for the stress and immobility that often accompany long-term hospitalization. Furthermore, by exhibiting the patients's artwork, Eduardo changes the way both hospital staff and the society as a whole perceive them: as productive individuals capable of thought and expression rather than as subhuman "untouchables." Instead of merely providing relief from the dehumanizing experience of a prolonged hospital stay, Eduardo's Carmim Project actively seeks to change internal hospital relations in order to improve patients' quality of life. Art becomes a tool for establishing new forms of dialogue among the patients themselves and between the patients and health professionals. By mobilizing hospitals, universities, doctors, and other health care professionals to recognize the importance of art therapy as a vehicle for expression and healing, Eduardo is challenging the public health care system's static treatment methods. Eduardo believes that as patients express themselves and exhibit their work, they assert their rights as human beings. In helping them to do this, he improves hospital treatment in Brazil and combats serious discrimination against patients with AIDS and other diseases, while raising social awareness about health issues and patient rights in general.

The Brazilian public health care system is plagued by inefficient management, labor unrest, and employee dissatisfaction due to low salaries and lack of professional training. Popular stereotypes of people with AIDS and other chronic illnesses have contributed to serious prejudices and stigmas within the Brazilian society. As a consequence, patients are often poorly treated and their healing process is slowed by depression, inactivity, and social isolation. Inadequacies in current treatment patterns for chronic patients further aggravate the suffering of these patients. Hospitals generally impose very limited visiting schedules and provide insufficient attention to patients. Resource constraints leave few social workers to attend to adult patients. Due to the idleness and depression provoked by long-term hospital stays and inhumane care, chronic patients's "treatment" may, ironically, contribute to the acceleration of their diseases, and thus to even longer hospital stays. These problems are intensified by societal prejudices against terminally ill patients, particularly those with AIDS, who are often perceived as outcasts both within the health care system and within the Brazilian society.

Eduardo's intervention offers alternatives and support to those who suffer from serious illnesses in order to remove the social stigmas often held by health professionals and society at large. In 1996, Eduardo used funds he won in an art contest to create a three-month pilot art therapy program in Brazilian hospitals. His intention was to gauge receptivity to the project, and the response he received from patients and staff was tremendous. More than just sessions of art therapy, Eduardo's techniques emphasize the importance of cultural and educational activities within the hospital environment, and led to changes in the way patients are treated.After this initial success, Eduardo reached out to the media, and the project soon gained widespread recognition. Eduardo used the media exposure as a vehicle to educate the public about the project, negotiate sponsorship from private donors, and solicit donations of top-of-the-line art supplies from local businesses. Newspaper articles succeeded in bringing volunteers to the Carmim Project and sensitizing health professionals and governmental officials to the problem. Eduardo created a booklet to illustrate the mission and progress of the Carmim Project, then used it to fundraise by including it in a direct mail campaign to over 100 businesses. The Carmim Project has been approved by the Cultural Incentive Law, which permits businesses that sponsor the project to receive a 70 percent reduction in their federal taxes.Eduardo's primary objective is to humanize hospitals by creating a dialogue between doctors and patients. Dr. Ricardo Minkoves, lead physician at the Emilio Ribas Institute of Immunology, says that medicine has been doing its part in fighting AIDS, but that the Carmim Project has also played an important role. It "has been the way for patients to tell us their stories, to improve communication between doctors and staff, and, most importantly, for patients to accept treatment. This project allows us as doctors to walk into a ward and be surprised by high quality drawings and paintings; it's the first thing we talk about during the consultation. These diseases are far from over; on the contrary, they continue to be serious, and the solutions remain distant. However, without a doubt, the Carmim Project is painting the horizon with brighter colors." An executive at a prominent consulting firm in São Paulo participated in the Carmim Project while she was receiving treatment at the Albert Einstein Cancer Center. She says, "While I was in the hospital, I felt so isolated, connected only to my illness. The Carmim Project gave me the opportunity to forget my pain, to find a new way of facing my cancer, and to open a broader sense of my life." Eduardo is building relationships with universities and medical schools (starting with the State University of São Paulo) to convince health care providers to integrate art therapy into patient treatment programs. As part of these efforts, he has participated in several conferences on the relationship between art and health. Currently, the Carmim Project is being implemented at two hospitals in the city of São Paulo: the Emilio Ribas Hospital (serving patients with cancer and infectious diseases) and the Albert Einstein Hospital. In November 1998, Eduardo presented a course entitled "Humanizing Medicine Through the Arts" to the St. Rafael Hospital in the city of Salvador, and is currently negotiating collaboration with two more hospitals in Campinas and São Paulo. To date, more than 700 people have benefited from the project. Eduardo is now organizing a collection of the patients's paintings and exhibiting it to sensitize civil society to the problem of discrimination and poor treatment of seriously ill patients. He is also identifying other fine artists and art educators to donate time and energy to the program. Eduardo works with the Orsa Foundation, a powerful initiative created by a major paper company and the federal government, to implement a model for humanizing the health care system in a hospital in Campinas. He is creating a cooperative workshop where patients can enhance their techniques and create artistic products to sell as fundraisers for the Carmim project. Eduardo envisions a profound reform of the Brazilian health care system which would place greater emphasis on the dignity and social/emotional needs of patients. To that end, his strategy combines sensitivity training with medical professionals in training, collaboration with the state and federal ministries of health, and the establishment of a national network of artists willing to introduce projects similar to Carmim into their local hospitals.

Early in his career as an artist and a teacher at private schools, Eduardo felt deeply dissatisfied by the lack of social contribution he was making in life. This drove him to begin giving art classes in the slums surrounding São Paulo. In 1991, the victim of a mysterious and undiagnosed ailment, Eduardo was confined to a public hospital in the interior of São Paulo State. There he was treated as an AIDS patient, and discriminated against as such. The nurses avoided touching him, came to his bed completely covered, and tried to spend as little time as possible with him. Even the positioning of the beds in the common room reflected a methodical ordering of the progress of the patient's disease. As one person died, hospital staff would simply move up the beds of the remaining patients in a sequence that represented their perceived proximity to death. Eduardo began to understand the total lack of respect the patients received from hospital professionals. During this time, Eduardo realized that making art could be an important means of expression for adult patients rather than the production of masterpieces. He began to formulate his idea for change and dedicated himself full time to his project. As a result of his disease, Eduardo found new meaning for his life and transformed a negative and difficult experience into a social mission. As he says, "For the past years I have relived on a daily basis the dehumanizing attention that the patient receives from health professionals, counting on their good will in order to eat, drink, move the bed, take a bath, change the underwear. I found out that pain and suffering are intimately linked with social, moral, and economic issues. It is necessary and fundamental to pursue new strategies and solutions to the regrettable situation that adults and children are exposed to during their internment at hospitals."