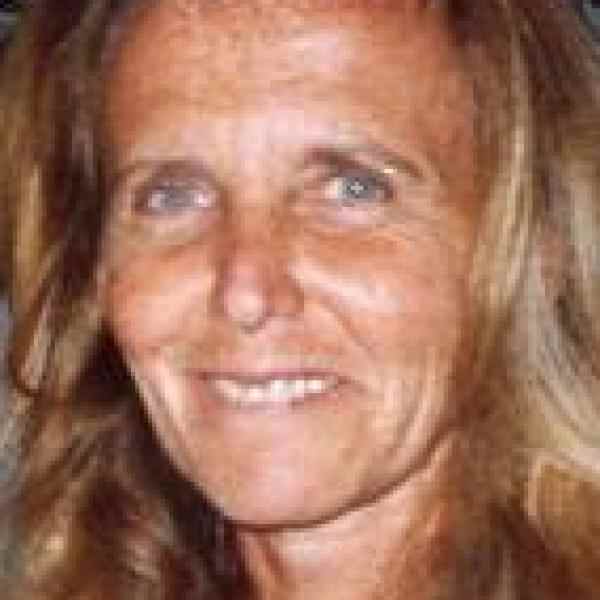 Edith Grynszpancholc is fortifying the health care system in Argentina so that medical teams can respond to pediatric cancer cases outside population centers, delivering quality treatment as close to home as possible.

Following the death of her child in 1995 from cancer, Edith began to strengthen pediatric care in Argentina, particularly outside Buenos Aires. She organizes parents into support groups that are networked to help each other and strengthen the health care system’s response to families in need. An e-group for parents and networks among doctors allow greater information flow and advocacy by introducing a high level of transparency and information exchange. The results of Edith’s work are many—from 10 new pediatric care centers built in the provinces (not the main cities), to the introduction of oncology departments in existing hospitals, to greater participation from parents in shaping services so that families can obtain treatment close to home without compromising the quality of care. Edith is extending her work to other countries in Latin America and to the Caribbean.

Around 1,200 cases of juvenile cancer are diagnosed annually in Argentina, where cancer is the second highest cause of death in childhood. More than 5,000 children are currently receiving oncology treatment, and the highest incidence of cancer is among those between one and four years old (35.4 percent of total cases). The survival rate is high, provided pediatric cancers are detected early and treated properly. However, early detection is hampered because many hospitals outside the capital of Buenos Aires lack oncology departments. A child currently diagnosed with cancer in Maimara is not sent to a hospital in San Salvador de Jujuy, just under 50 miles away, but to Buenos Aires, a distance of 1,034 miles. A child needing a simple blood test in Metan needs to travel 1,000 miles to the capital instead of just over 60 miles to Salta. Child cancer patients outside the capital are more likely to die because of inadequate specialized care closer to home, especially as many doctors lack the training to spot early signs of cancer. Furthermore, even where doctors are adequately trained in pediatric oncology, the cancer drugs they could prescribe are not always immediately available.The resource allocation problem is further compounded by the fact that low-income families often lack money to travel to medical centers in search of prompt attention, which in the case of certain child cancers can mean the difference between life and death. Currently almost 70 percent of child cancer cases in Argentina are treated in Buenos Aires, creating financial strain on parents, especially as they may lose their jobs because they take long absences from work to accompany their child for treatment. Furthermore, the families of children with cancer have a huge need for information and support, yet doctors have tended to view parents as meddling in their children’s treatment rather than as allies.

After recognizing the inequalities in accessing medical treatment across Argentina, Edith created a broad national network of parents, doctors, hospitals, and governments. Requiring few financial resources, this network lobbies for the availability of quality pediatric cancer care nationwide. With the establishment of additional cancer centers and a variety of support networks, Edith aims to spread her improved-accessibility care model further in Argentina as well as in neighboring countries.To address the lack of communication between parents and doctors about what is needed for sick children, Edith established the Natali Dafne Flexer Foundation as one of the first support groups in Argentina for families of children with cancer. She galvanized burgeoning support groups across the country by first teaching parents how to focus on relatively simple tasks, such as drawing up a list of blood donors or organizing recreational activities. She then used an annual seminar of doctors specializing in pediatric cancer to introduce physicians and parents, foster mutual trust, and strengthen working relationships. Edith connects regional support groups through an “e-group,” a powerful information exchange tool that has grown into a citizen watchdog system. For example, the e-group alerts Edith and other supporters if a particular drug is unavailable in certain areas, prompting lobbying efforts to get the drug to where it is needed. In order to deliver the best available treatment, Edith set up the Inter-Hospital Network to further facilitate sharing and learning among doctors and centers. With software contributed by St. Jude Children’s Research Hospital in the United States, the Network was able to set up online real-time consultations, video conferences, and academic seminars. The Inter-Hospital Network not only sets standards in pediatric cancer practice throughout Argentina, but also facilitates better local care for sick children and greatly improves the use of families’ financial resources that would be otherwise used for transportation and other costs for treatment in Buenos Aires.With the help of the parent support groups, private investors, and other organizations, Edith won media support and successfully lobbied for the creation of additional pediatric oncology departments and care centers in Argentina. Currently, her foundation has the support of large Argentine corporations, 700 private donors, and several international organizations. She has developed a series of books on cancer for patients, parents, and health care providers, and has begun working with teams in Paraguay and Bolivia to realize important improvements there. Edith is the only Latin American representative on the Executive Board of The International Confederation of Childhood Cancer Parent Organizations, and she has been named adviser to the Caribbean Confederation, where she plans to further expand her model.

Edith’s life has been marked by personal loss. Her brother died in a blizzard on the Perito Moreno glacier when she was 15, and she lost her nine-year-old daughter to cancer when she was in her thirties. Edith’s experience when her daughter was diagnosed stands in stark contrast to the situation faced by many families in Argentina who have a child with cancer. She was in a secure financial situation and living in the United States, where she enjoyed access to medical information and attention. Edith established the Natali Dafne Flexer Foundation after the death of her daughter in 1995. Her first focus was on providing self-help materials for families, but she soon realized the problem was bigger. She responded with a creative vision to extend quality pediatric cancer care across the country and used her entrepreneurial skills to mobilize public and private partners to turn the vision into reality.