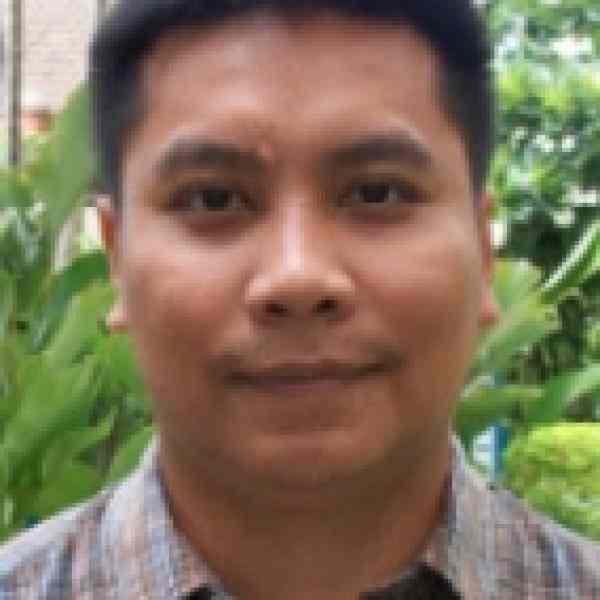 Eaklak Loomchomkhae is developing Thailand’s first crowdsourcing approach to recover missing persons. Eaklak is not only building the necessary social capital required to expedite on-the-ground searches, he is also using public awareness as a lever to improve the efficiency of law enforcement institutions.

Finding that Thailand has no functioning system to recover missing persons, Eaklak believes that the best approach to pool limited resources is to create widespread public participation. He is developing a national network of online volunteers who contribute to the search for missing persons through diverse forms of financial and in-kind assistance—from donating advertisement space in local newspapers to providing immediate transportation to retrieve missing persons in specific neighborhoods. He is creating public support networks customized to diverse kinds of missing persons, including abducted children, labor trafficking victims, and elderly people with Alzheimer’s disease. Eaklak is using this crowdsourcing model to also alter the understanding of law enforcement agencies that the problem of missing persons is not a private family matter but a pressing public concern. He has set up the first national database of missing persons for the Royal Thai Police and has initiated training programs for police officials on recovering missing persons, emphasizing the role of affected families and local communities to contribute information and social capital. Eaklak is redefining the dynamic of missing person searches, from passive reliance on government assistance to active leadership by affected families and society at-large.

Thailand has had a centralized police force for more than a century, accumulating a broad range of responsibilities—from petty theft and manual control of traffic lights to drug suppression and murder investigations. Established in 1905, the Royal Thai Police is a national body of 220,000 police officers who answer directly to the prime minister. Police priorities are often influenced by national politics and are guided by a centralized reward system of promotions and demotions, also approved by the prime minister. In short, Thai police officers are directly accountable to the national government, not local communities.

In light of the overwhelming responsibilities and the centralized chain of command, many police officers view missing persons as a low priority and a distraction from existing assignments. If someone wants to report a missing person, Thai police officers will enforce an unofficial waiting period and require that missing persons be reported only if they disappear for more than 24 hours—even though the first 24 hours are most crucial for the safe return of missing persons, especially children and Alzheimer’s patients. This practice is widely known among police officers as “fanning away cases”—police officers avoid associating themselves with cases that are not national priorities and will not advance their career.

The problem of missing persons highlights many weaknesses in the Thai police force, such as the lack of coordination and institutional memory. Because of the centralized chain of command, local police officers respond only to their own superiors and avoid interfering with the work of other jurisdictions. As a result, many families of missing persons find themselves in limbo—a person disappears from town A but called for help from a phone in town B, and both police precincts say it is the other one’s responsibility. The search for missing persons also reveals a lack of information coordination. Until August 2012, the Royal Thai Police did not have a unified database of arrest warrants, and today arrest warrants are still kept at local stations in paper form and not entered into the national database. Often, police officers in different jurisdictions are not aware that the same crime reflects similar criminal behavior, or that the suspect has already been issued an arrest warrant in a different precinct.

The lack of institutional memory extends to the lack of collective understanding in the crime itself. For criminal offenses that are not assigned as national priority, the lack of cumulative statistics and extraction of lessons learned causes misconceptions to be sustained by the police force as well as the public. For instance, many police officials tell the media that most missing children are victims of a mythical “van gang” that kidnaps children, chop off their limbs and puts them to work as beggars. However, most child kidnappings in Thailand are done by individuals—often friends of the child’s family—for the purpose of sexual abuse or forced labor. Misconceptions about the nature of the crime can lead to misguided efforts, such as a search for the headquarters of a criminal organization when many missing children are being confined in residential neighborhoods.

Organized crime such as human trafficking and sex trafficking can often be traced back to individual kidnappings or voluntary disappearances caused by deception. Some missing person cases reflect serial criminal behavior. Contrary to common perception, the problem of missing persons is not a private affair affecting individual families but a threat to overall public safety.

Prior to setting up the Missing Persons Information Center as an online crowdsourcing model, Eaklak spent years assembling experience and distilling knowledge about the search for missing persons. He has learned that different kinds of missing persons require different types of support. Eaklak uses this knowledge in developing customized networks of online volunteers. For Alzheimer’s patients who are missing, he encourages online volunteers to approach people wandering the streets to retrieve information on their background. For kidnapped children, he shares poster images for volunteers to help disseminate in local media and central community locations. In any given case, at least a hundred volunteers will offer to spread information about missing persons by printing posters, offering free advertisement spaces in local newspapers, on cable television and billboards, and pasting images at important locations in each of their neighborhoods—popular noodle shops, major intersections, and other community centers that locals know best. Volunteers also spread the message in online social circles, further expanding the pool of active volunteers in each location. To date, the Missing Persons Information Center has 40,800 online members, with an active engagement ratio of 50 to 80 percent. In other words, anywhere between 20,000 to 32,000 people are spreading information from the Missing Persons Information Center each day—by liking, sharing, or commenting on the Facebook post. Often, the same information gets replicated in mainstream media such as television news reports.

The Center’s online members include groups with special resources like emergency response volunteers and traffic radio stations. In urgent situations, Eaklak is able to recruit strategic resources from his pool of volunteers—such as people to access particular locations instantly. In one case, a kidnapped child managed to escape and called his mother from a department store telephone booth. Eaklak was able to call a traffic radio station with local members who knew exactly where the phone booth was and could rescue the child quickly. In other cases, missing people have been seen and reported by online members, resulting in successful rescue.

Widespread public participation, images of grieving families and success rescue stories are beginning to change the perception of police officials to missing person cases. Eaklak is convincing police stations that missing person cases are worth their time and resources. In 2009, he conducted joint research with the Royal Police Cadet Academy and released a manual for reporting and investigating missing persons. Eaklak has also been analyzing trends in missing person reports, and has found that an increasing number of adult kidnappings have the purpose of trafficking forced labor on fishing boats. Eaklak identified the most frequent places for adult abductions, and his research led to national media attention. Within months, the government set up a national subcommittee to review and resolve this problem, composed of representatives from departments related to labor welfare, social services, fishing industry, sea border patrol, and the police force, among others. Eaklak also serves on this subcommittee, and is recommending a pilot project to monitor 10 most at-risk ports in Thailand for missing persons and trafficking of forced labor.

The Missing Persons Information Center has worked closely with the police force and other government agencies behind the scenes. Often, the Center shares important historical data on criminal behavior, crucial in the successful rescue of missing people. For example, in 2012, the Center received a report of a child gone missing with someone who pretended to be a soccer coach. The same behavior in the same city had appeared once before in the Center’s database. After verification and consultation with the family, Eaklak shared information with the police force and enabled them to follow the kidnapper’s trail, just one day behind his every move. Eventually, the police caught up with the kidnapper after about 20 days. In other cases, the Center works with social welfare services to provide assistance after the rescue of children or adults who voluntarily disappear due to domestic abuse.

In 2011, in the aftermath of violent political protests and missing people, the Royal Thai Police set up the Missing Persons Management Center (MPMC), composed of Eaklak as representative of the Missing Persons Information Center, representatives from every provincial police office, and major emergency response volunteer groups. Eaklak proposed new protocol that was accepted by the committee—missing person cases no longer have to wait 24 hours to report to local police stations. In addition, the Royal Thai Police began setting up an online database of missing persons, linked with information from Eaklak’s organization. The MPMC, however, only manages existing information and does not conduct investigation for most missing person cases. Thus, Eaklak still recruits online volunteers to push for local police stations to prioritize the investigation and rescue of missing persons.

In the search for particular missing persons, Eaklak has created unprecedented sharing of databases on serial criminal behavior across police jurisdictions, linking past and current arrest warrants, and increasing police collaboration across jurisdictions. He has begun training police officials on how to engage local communities in successful investigations of missing persons. Eaklak’s work has shown police officials that by rescuing missing persons, they may be preventing more violent crimes such as human trafficking, sexual assault, and even murder. Today, Eaklak’s work is recognized as a public effort to reduce human trafficking, and receives financial support from the Thai Ministry of Foreign Affairs.

Eaklak’s crowdsourcing model is also generating long-term resource sharing. Moved by the tragedy and importance of missing person cases, several companies have volunteered to contribute financial and in-kind resources as long-term partnerships. Some companies make annual money contributions, others offer free advertisement space on delivery trucks and newspaper pages. The recovery rate of missing persons is now as high as 70 percent. More importantly, the dynamic of missing person’s searches is changing, from passive reliance on government assistance to active leadership by affected families and society at-large.

Born in Buriram province, Eaklak grew up in a family of laborers. His parents moved to Bangkok to work as janitors, and Eaklak spent his childhood in an urban slum community. He witnessed his parents being exploited and receiving very little pay. Eaklak decided to become the first in his family to receive a university education and worked to pay his own tuition from high school on. Eaklak graduated early with a prestigious Bachelor of Law from Ramkamhaeng University. However, Eaklak’s first employer forced him to defend a child rapist. Eaklak was disappointed in the law profession and resigned. He sought after non-profit organizations and found a job at Mirror Foundation, where he introduced a new program of engaging public participation to assist families of missing persons as early as 2004. During this period of apprenticeship, Eaklak began to develop the online crowdsourcing model, which he launched in 2010. Eaklak has used this opportunity to combine his expertise of the law and his desire to deliver justice as a public service.