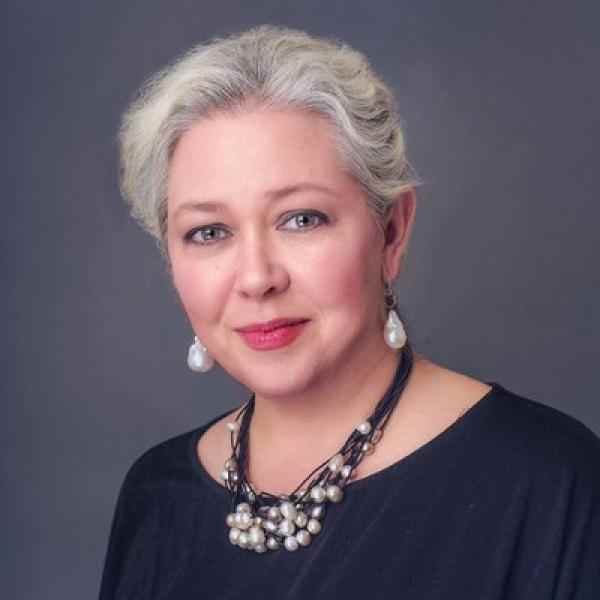 Donna Morton is using tax shifting as one of many techniques that aim to align social and environmental needs with the market drivers and a range of economic incentives.

Realizing that even municipal-level change requires leverage, Donna is designing and marketing the economic incentives that can radically improve Canada's social and environmental sustainability, and she is doing so in concert with innovative Canadian corporate leaders. Donna has created a highly adaptable organization with strong skills in communications and public relations to assist governments in communicating with their stakeholders, and she has developed innovative modeling and policy tools for economic and sustainability analysts.
Economic tools like tax breaks and user fees&#150;when properly deployed&#150;can be powerful levers for realigning economic growth and innovation with environmental sustainability. In essence, economic incentives&#150;like any incentive&#150;can be used to encourage the production of things a society wants to increase (e.g., low-income housing) and discourage the production of those things a society wants to decrease (e.g., pollution).
To be effective, the push to align economic incentives with sustainable business practices has to come from a broad audience, including both corporate executives and those with pull at all government levels. To avoid marginalization, Donna is building public support from both the left and the right, from government leaders to business leaders, from financial institutions to NGOs.

In British Columbia alone, more than one million tons of harmful pollutants flow into the environment each year, yet polluters are never charged for the financial cost of cleaning up those pollutants or for the burden they place on the healthcare system. These social costs are not factored into the cost of doing business. As a result, individuals, government, and corporations make daily decisions that degrade not only the environment but also the quality of life and the long-term economic prospects. The economy and sustainability are out of step.

As a society, economic incentives are aligned with the wrong things. Personal income is taxed, not pollutants. Economic incentives are not provided for developers willing to build low-income housing instead of luxury condominiums. Consequently, more contamination, less innovation, less income, and decreased sustainability is produced. The economic incentives and disincentives (tax breaks, fees) that government has assigned to various activities over the years is now an incredibly complicated structure that few people understand. It has been pieced together over the years in North America largely under the influence of corporate lobbyists and other special interest groups.

By and large, the public is skeptical of environmentalists or the social sector advising our government on economic policy, suspecting that they are pursuing an agenda with little thought to economic consequences. To be successful, the message needs to have a diverse coalition of leaders behind it–from business and government and across the entire political spectrum.

People need to be shown that economic tools can be used successfully to promote not only sustainability but also increased economic activity. If they are ever going to believe that the economic system can be a tool for social, environmental, and economic change, they need to see it in action. People need to be shown in North America that they can use the economy to promote sustainability. It has happened in Sweden with great results–the OECD measures for economic competitiveness and quality of life both increased in a few years–but it needs to be done here. It is too easy to say, "Well, that's Sweden." The difficulty of changing economic policy arises again, and people assume that their system must be different from ours. On-the-ground examples that work and that can be taken to provincial or federal scale are needed.

In 2002 Donna's organization, the Centre for Integral Economics (CIE), consciously chose to focus on the implementation and development of economic tools and incentives for three key areas: low-income housing, community economic development, and climate change (Canada has ratified the Kyoto Protocol).

Recognizing that decisions are increasingly difficult to sway as one moves to higher and higher levels of government, Donna is grounding her work at the municipal level. Municipalities have been gaining increasing control over their own budgets and economic decisions for the past few decades, creating a ripe opportunity for change.

Working with a team of economists, planners, and sustainability experts, Donna and her staff first dissected and analyzed general municipal financial structure–including fees, taxes, licenses, levies, and development costs–to find specific items where municipalities could have a decent amount of leverage without too much perceived risk to their revenue streams. Donna then brought on a second round of economists and economic modelers to develop modeling tools that could simulate changes to municipal budgets. The unique software allows municipal governments to weigh incremental shifts in revenue streams. Building scenarios demystifies the process and demonstrates the potential to be gained–key to building corporate and bureaucratic support for change.

The CIE strategy is to create on-the-ground examples of economic incentives that will drive sustainable investment. These examples are then replicated and exported to other municipalities and subsequently to higher levels of government.

Victoria is the focus of CIE's work, which will include workshops for elected leaders and the development of menus of tax shifting and communications strategy.

Donna has made a concerted effort to begin seeding the idea outside of B.C. Working with leaders in Ontario, Manitoba, and Quebec, Donna plans to capitalize on the degree to which municipalities pay attention to what others are doing. If CIE can quickly connect the pilots in B.C. to the Canadian Federation of Municipalities, and to existing community-based work already in process, the multiplier effect should take hold quickly. One government insider cites Donna's work on tax shifting for its influence on a recent B.C. gas tax, whereby tax cuts on income have been offset by a targeted tax on gas for road repair.

Over the past year, CIE has also expanded its financial support base. In a tight funding climate, Donna managed to double the budget of CIE and secure a strong base of supporters. The budget for 2003 will be funded by fee-for-service work, foundations, and individual donors. The fee-for-service is a key emphasis, and their clients include the federal government, the BC Environmental Network, the Raincoast Conservation Society, and the city of Winnipeg.

As a child of working class parents growing up in Canada, Donna remembers being told repeatedly, "Life isn't fair." Meant to instill a sense of acceptance in her as a child, Donna notes that it worked exactly the opposite magic: It made her indignant and intent on leveling inequality wherever she could, trying to make life as fair as possible.

In her youth, Donna was a protester for Greenpeace. She was also a youth organizer, negotiating for and organizing unprecedented youth participation in the B.C. government's land-use process. After working directly with loggers, youth, and environmentalists, Donna realized that unless we could solve the issues of job stability and economic realities, we would never achieve real sustainability.

In 1993, at the age of 27, Donna ran for federal office with the Green Party of Canada, using tax shifting as her key economic policy tool. Though she was defeated, she had met her aim of launching tax shifting into the public discussion. Since then, Donna has spent time working with some of the best and brightest minds in North America on tools and action plans for reconciling the environment and the economy and their respective needs.