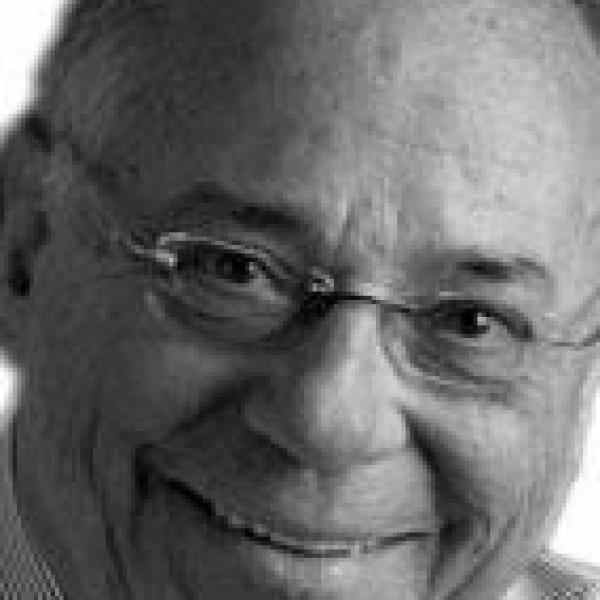 Check out this video for more on Don's work:

Don Shalvey is transforming the California public school system by building clusters of charter schools in targeted urban areas. By grouping a critical mass of high-performing educational institutions in underperforming neighborhoods, Aspire Public Schools aim to create such a groundswell of demand for excellent, entrepreneurial education that the existing public school system will be compelled to reform its educational offerings in order to compete for students and families.

Don and Aspire Schools aim to overhaul existing school systems with innovations that charter schools have demonstrated. "At Aspire Public Schools, the goal is to change the education system. Our bottom line is generating change in the district," says Reed Hastings, Aspire board member and chair of the California State Board of Education. Shalvey's approach is based on the knowledge that if Aspire Schools were to gain a 10 percent share of students within any given school district, it would adversely affect that district's finances to the point that it would be compelled to change and compete for students.
This approach differs from the average charter school strategy: One-off charter schools educate a discrete community of students&#150;but they cannot change the existing public school systems that so urgently need reform. The ultimate mission of Aspire is increasing the education and operational effectiveness of local school districts as well as competitively impacting local school districts, resulting in local, state, and national reform. If Aspire succeeds in its goal of 100 charter schools in 10 years, it will be the 14th largest school district in California, giving it the leverage it needs to frame the debate about education reform, serve as a role model for local school systems, and have a direct impact on students and local school districts.

The charter school movement that emerged in the United States in the mid-1990s has had a powerful effect at the local level. Innovative schools with smaller classes, handpicked teachers, merit-based pay, and flexible schedules have made them popular with parents. But what the charter school movement has yet to accomplish is systemic change within the much larger, bureaucratic, government-owned and operated U.S. educational system.

Meanwhile, individual, stand-alone charter schools require a disproportional amount of energy and resources to sustain them. While often founded by well-intentioned people, one-off charter schools are often inefficiently managed, expensive to operate, and lacking the depth of professional resources required to provide a balanced educational program.

Don's cluster model innovation provides scale and promotes change at the local level, but to change California's existing school system, Aspire will need to achieve statewide scale as well. At full scale, the Aspire charter school network will be comprised of more than 100 schools in 10 low-income clusters, serving more than 39,000 students across California. At that size, Aspire Public Schools would qualify as the 14th largest school district in California and will have the power to help shape the debate on education reform and serve as a tangible role mode. In the fall of 2001, Aspire opened additional elementary schools in Stockton and Modesto, as well as its first high school in East Palo Alto–the first new public high school in this underserved community in over 25 years. In each of the next two years, Aspire plans to open seven additional schools, to bring the total to 20 schools by the fall of 2005. During this time, Aspire will continue to build up the four existing clusters in Stockton, Modesto, Oakland, and East Palo Alto and seed new clusters in Los Angeles and Sacramento.

According to Shalvey, the key to Aspire's success will be the success of each student in an Aspire School. To measure these outcomes –with the help of the management consulting firm McKinsey &amp; Co. –Aspire is tracking a variety of data, including: student achievement on state and national assessments; student attendance; course grades; graduation rates; college and post-secondary enrollments. Aspire has already demonstrated significant impact on multiple levels: students, communities, districts, and the education system at large. Having opened a mere six of a planned 100 schools, Aspire is already changing California's school systems: Already, one of the sponsoring school districts has replicated aspects of Aspire's program in their own schools. Aspire has also been made aware that the state is considering legislative changes as well. Aspire has achieved positive local and national press coverage, including feature stories in the The Wall Street Journal and Fast Company magazine. More than $10 million has already been raised from education philanthropists. Aspire has also raised $17 million through the municipal bond debt to fund new school facilities, the first charter school organization in the country to do so.

In its first three years of operation, Aspire opened six schools in four California communities. These include three elementary schools in Northern California, all located in low-income neighborhoods in Oakland, Stockton, and Modesto. In their first year, these schools had already outperformed their neighboring district-run schools in reading, math, and language skills on the state's standardized exams. Parents at each school gave overwhelmingly high marks to the school's staff, program, and performance. Teachers also have reported high satisfaction, a fact reflected in Aspire's low turnover rate. Each school has a waiting list of 300 to 500 interested students. Aspire Schools is not the only entity pursuing a charter-school network strategy. Edison Schools is a for-profit consortium of charter schools. However, Edison's bottom line is to earn a profit and its primary aim is to build schools that can support themselves on earned revenue. In contrast, Aspire Schools prioritizes its larger social mission above profits and, as a nonprofit, can freely target the poorer districts that are most in need of education reform. Reed Hastings points out that Aspire actually holds several competitive advantages over a for-profit model: time–It takes a long time to build up capacity in school, and Aspire can afford a longer time horizon as a nonprofit than it could as a for-profit; staffs–Aspire hires educators more easily because, for better or for worse, they are more comfortable working in a nonprofit atmosphere-"In a sense Aspire is exploiting that inefficiency in the market place," says Hastings; policy impacts–Aspire's goal is to change the existing public education system.

Beyond that, Edison's goal is to survive and earn a profit. Aspire and Edison have dramatically different bottom lines. Further, there are other benefits to the Aspire Schools approach. "There are inherent advantages to Aspire's cluster model," says Julien Phillips, founder of Partners in School Innovation (and also an Ashoka Board Member), including the benefits of economies of scale. At the cluster level, having several schools within the same geographic area creates operating efficiencies and enables schools to share resources, like a substitute teacher pool, special subject teachers, and specialized equipment. Additionally, student enrollment, teacher recruitment, professional development, and community-building efforts are conducted more easily and effectively in a cluster. Positive word-of-mouth from satisfied parents and fulfilled teachers improves cluster growth efforts.

Don's background includes 35 years of experience inside the public education system punctuated by successful, highly entrepreneurial initiatives. In a The Wall Street Journal article, Don was mentioned as "a risk taker within a risk adverse setting." He is driven by a strong need for justice. "The system is set up in such a way that it is impossible to deeply impact kids. There is no incentive to do that," he says. This injustice drove him to create new systems with the public system and, ultimately, to create Aspire. During one of his school principalships, Shalvey was recruited by a friend to help start a school in Juneau, Alaska. He leaped at the chance to create an educational institution in a setting so culturally different from anything he had ever experienced. Ultimately, the community invited him to serve as long-term superintendent, but he chose to stay with his current district, where he soon launched California's first independent charter school. Shalvey has deep experience with both functional and dysfunctional school districts, having served as a teacher, principal, and superintendent. During his 35-year career, he has served as a public school teacher, assistant superintendent, and superintendent. As superintendent, he created one of the first charter schools in California and then proceeded to convert six out of the seven schools in his district to charter schools. Then, at age 54, he left the public education system altogether to launch Aspire Schools with Reed Hastings.