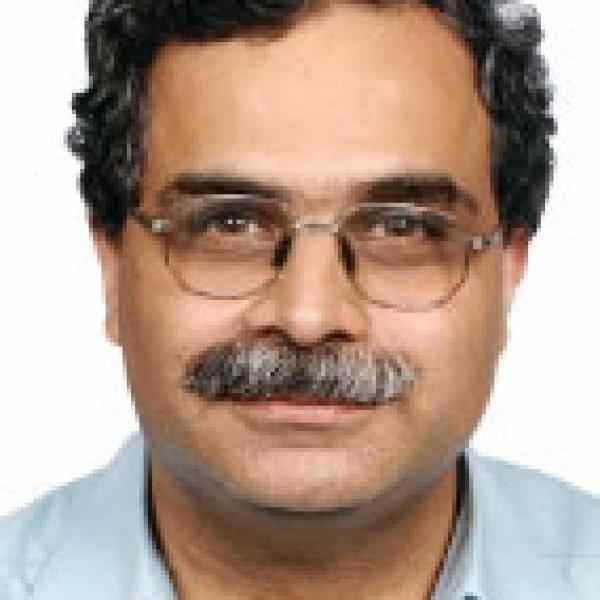 Blind since childhood, Dipendra Manocha has used technology to build a communications and training infrastructure that enables the disabled to put their abilities to work alongside other citizens in mainstream society.

By raising expectations, retraining, and adapting cutting edge communications technology to work for disabled people, Dipendra makes it possible for them to participate in public life. By devising and sourcing tools that remove the communication barriers that come with visual and hearing impairments he demonstrates how one’s disability is irrelevant to his/her identity as a citizen, and creates an environment where disabled people are expected to contribute and be competitive in society.
The goal of Dipendra’s work is to improve both disabled people’s self-image as well society’s perception of them. He taps into the power of technology to liberate people who have been trapped by a limited access to communication tools. His approach has shown how his ideas work and allows him to demonstrate change—creating incentives for individuals and society.
Dipendra’s ideas and tools are replicable and have the potential to spread throughout India and beyond. Through his example, all of India’s national academies for the blind have now adopted new communications technology as part of their curricula. He is helping universities set up training centers, which are backed by government investment. Disabled people who have received training are finding jobs and through their successes, are convincing businesses that they are desirable employees. Dipendra is part of several groups that are developing communications technology for the disabled to be shared internationally, including under the auspices of the United Nations and large technology companies.

Estimates of the number of blind people in India vary, but Dipendra believes a realistic figure would be between five and six million, of a total population over 1.12 billion—approximately a quarter of the world’s blind live in India.

The literacy rate among Indians with vision impairment is between 20 and 25 percent, compared with an overall literacy rate of around 65 percent. One of the primary reasons that blind people are so much more likely to be illiterate is the lack of study materials for visually impaired students. In most schools, very few books are available, and students often share a single text. Because blind students need someone to read to them, this slows progress and productivity. Their dependence on others, in addition to scarce textbooks, means blind students are often unable to study when they want to. Because most of their education happens orally, their written communication skills often remain week, which makes it hard for them to find work once they have graduated. The government has historically reserved a quota of jobs for disabled people, but as privatization increases, those opportunities are decreasing. The economic security of the blind and disabled depends more than ever on what often seems the impossible goal of being competitive in the employment market.

Responses within a family to a blind or otherwise disabled family member range from sympathy to rejection. In some cases, parent’s efforts to protect their child and make him/her more comfortable create dependency. On the other extreme, some disabled children are deprived of social recognition, respect, and material comfort. Both within and outside of the family, stigma, pity, fear, and a lack of empathy all contribute to the isolation of disabled citizens. Lowered expectations further reduce self-worth and performance. Though the disabled represent a great pool of underdeveloped potential, most lack the tools and support they need to become productive citizens.

Dipendra’s goal is to fill that need by providing access to communication tools and training in how to use them to connect to the larger world. He describes his goal as making content available when it’s needed in an affordable, user-determined format. He works through three organizational channels. First, he designs training programs for the National Academy for the Blind. Second, he is part of an international trend toward developing information and communication technologies that allow people with a variety of disabilities to communicate using screen-reading software and the Digital Accessible Information System, or DAISY, which adapts text into a multimedia format for use in developing countries. Though the details are still in negotiation, several big technology companies are on the verge of incorporating such software into familiar word processing applications, and Dipendra has been instrumental in bringing the technical aspects of the work to that stage. Finally, in 2003 he started Saksham (meaning “able”), an organization that delivers aids and appliances at the lowest possible cost to disabled persons wherever they are. Saksham employs twenty people.

Dipendra’s work begins with changing attitudes. One of his goals is to help students internalize high expectations for themselves. Dipendra’s trainers teach students to develop their communication skills using technology. Students also learn about possible professions and how to interact with potential employers. He shows companies that with the proper training, disabled people can do work that is usually outsourced. The turnover rate at those jobs is usually quite high, but he has shown that disabled employees tend to stay for longer periods of time.

Dipendra aims to identify, train, and, above all, to integrate the potential of blind and other disabled members of society. With the help of Delhi University, Dipendra is creating a technology-enabled resource center for people with different disabilities that will offer students academic and professional development opportunities. Students will have access to the technology aids Dipendra has pioneered. As other universities learn of the center’s positive effects, they are replicating Dipendra’s efforts.

Dipendra has repeatedly encountered resistance to using technologies from the developed world to address problems in India. But as his methods have proven effective and attitudes have begun to shift. He has partnered with Indian technology companies that contribute critical technical input in addition to benefiting from a high-quality social investment.

His work has also helped disabled people share more fully in social experiences that were previously beyond their grasp; he is working with movie producers on developing headsets so moviegoers can hear descriptions of the action, and is working on inexpensive mobile phones that talk to the user. Furthermore, Dipendra is one of the few people in India to have undergone a United Nations training that allows him to teach others to conduct access audits on public buildings so that architectural changes can be made to accommodate the disabled. He has trained teams in fifteen Indian states. Through the National Commission for the Disabled he is also making efforts to provide online railway reservations to people with disabilities.

Dipendra feels that information and communications technologies are an integral part of changing expectations and institutionalizing training programs for India’s disabled population. He began with screen reading software that was expensive and available only in English. He has since made strategic alliances with four Indian software development companies to create similar, but much less expensive software in Indian languages. One of his blind students, a software writer, succeeded in developing a program that reads screen text in a range of Indian languages. He and Dipendra collaborated with a software company on the program, a collaboration that illustrates Dipendra’s commitment to open source development.

Through Dipendra’s DAISY for All network, which includes five organizations in Pakistan, eight in Sri Lanka, three in Nepal, one in Bangladesh, and one in Japan, he is establishing infrastructure in South Asian countries for the production of digital talking and e-text books. The technology will be useful not only for the visually impaired, but also for the illiterate and people with other disabilities. Among its other applications is its use as an effective disaster warning system.

Finally, Saksham, the organization he founded in 2003, distributes over fifty aids and appliances needed by disabled people, such collapsible canes, talking thermometers, calculators, and scales, among other devices. Dipendra believes his special distribution system is necessary because it is commercially not viable for manufacturers to deliver these products through regular retail channels. Dipendra arranges purchases directly, well below retail price, and supplies them to his customers through a courier company that has a countrywide network for door-to-door delivery, even in the most remote regions of the country. Customers send inquiries about the products through email and text messages. Saksham also has a retail outlet in Delhi where customers can try aids and appliances before buying them.

Born to a middle-class family, Dipendra was diagnosed as a young child with retina pigmentosa, a disease of the eye, which began causing visual impairment when he was in third grade. Three years later, he was completely blind. His older sister also has retina pigmentosa, but she lost her eyesight much more slowly. A family friend and a doctor both advised their parents to keep Dipendra and his sister in a regular school instead of sending them to a school for the blind. His father feels that this was an important decision, and enabled both children not to focus on their differences from children with normal vision.

During middle school, Dipendra’s self-confidence began to decline, but when he was fourteen, one of his teachers changed that. The teacher encouraged him by setting academic expectations that were higher than what Dipendra felt he could achieve. This challenge helped him become an outstanding student, even when compared with his sighted peers and he had the eleventh highest score in the state on his final school examination. Dipendra studied music at Delhi University and completed his M.Phil in 1992.

In late 1993 Dipendra started visiting the offices of the National Association for the Blind in Delhi. He became particularly interested in a special computer, and set up a Braille printer/scanner to use it. This was the beginning of an ongoing fascination with the potential that technology has to impact the lives of the visually impaired, especially when it is used to solve problems of access to information. He immediately formed an information technology task force under the aegis of the National Association for the Blind, which continues to be the home for his I.T. and software-related projects.

Dipendra lives with his father in New Delhi.