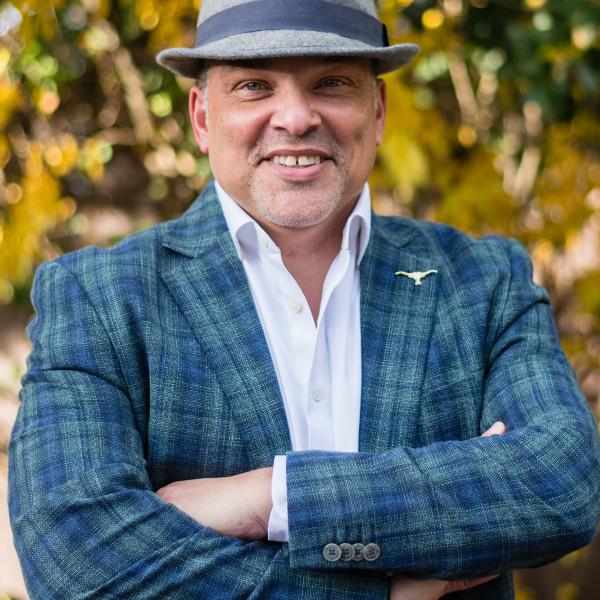 Advance Peace
DeVone and Advance Peace are building a new system for community-led gun violence prevention. DeVone’s focus is on healing, nurturing, and building up the few young people responsible for the majority…
Read more

DeVone and Advance Peace are building a new system for community-led gun violence prevention. DeVone’s focus is on healing, nurturing, and building up the few young people responsible for the majority of gun violence so that they can become healthy and leave violence behind. In each city where they work, they partner with government to spread a new paradigm of wellness and support rather than ineffective punishment and neglect.

DeVone Boggan is building a new system for community-led gun violence prevention that identifies the neglected young people at the center of a city’s cyclical and retaliatory gun violence and immerses them in a system of care and support. Nurturing these young people into healthy lives interrupts the cycle of violence and radically reduces the number of shootings in these communities. His model targets the few youth who directly perpetuate cyclical gun violence, who are typically thoroughly neglected by all other systems of care and are unlikely to become involved with the police, due to community mistrust and police indifference. These youth are connected to intensive mentoring and extensive support networks and opportunities, in an asset-based non-prescriptive framework that allows them to rebuild nonviolent lives, stay safe, and even become role models. His strategy requires cities to invest in this model as an alternative to policing, an alternative that achieves more impactful results and rebuilds rather than harming communities.

This model creates new roles for members of impacted communities, particularly those who have been incarcerated for gun crime and have successfully turned their lives around. These individuals are employed as Neighborhood Change Agents, who are credible messengers within their communities to connect with the young men at the center of gun hostilities and provide them with intensive mentoring and support. They work with the young men to build LifeMAPs, which are goals and plans designed by the young people to be executed over the 18-24 months of the Peacemaker Fellowship. Young people who stay on track with their LifeMAP goals are paid a stipend in order to help them meet basic needs and focus on wellbeing.

Advance Peace was piloted in Richmond, CA, where it dramatically decreased shooting rates and has since spread to five other cities. DeVone’s unique model for scaling requires buy-in from city government, which pays a portion of the costs associated with the program and commits to doing so long-term. This helps city governments shift mindsets and funding away from using the police force as a solution to these problems, given how detrimental police violence has been to these communities and how it has contributed to the trauma these communities have faced. DeVone’s model does not rely on police action to interrupt the cycle of violence. Instead, the action is taken by community members, including Neighborhood Change Agents, service providers, and community elders who connect with youth and show them a way forward.

While gun violence nationally has decreased significantly over the last 30 years, shooting rates remain extremely high in small pockets of communities throughout several major cities in the United States. Gun violence kills 11,000 people each year in the United States and wounds another 70,000, with the associated financial cost reaching over a billion dollars annually. 6,000 of the people killed and 25,000 of the people wounded each year are young, Black men. Roughly a third of the 100 people killed by guns in the United States each day are Black men under the age of thirty from urban communities. Countless other young people in these communities experience trauma as a result of witnessing and being exposed to these high rates of violence as they grow. This type of severe stress damages children’s development and saps community strength.

Most cyclical and retaliatory gun violence is concentrated in less than 5% of a given city’s streets and is perpetuated by less than 1% of the population, though the trauma ripples outward. These areas are opportunity deserts, and the lives of the resident young people are largely untouched by systems of care. Of the young men who have been enrolled in the Advance Peace fellowship to date, fewer than 5% were being reached by a single social service or community organization. Meanwhile, up to 80% of gun crimes in some hard-hit cities go unsolved and unaddressed by law enforcement. Community members themselves often do know who is perpetuating this violence, but they are hesitant to involve law enforcement due to pervasive mistrust and histories of mistreatment and violence by the police.

Police budgets receive 40 to 100 times as much municipal funding as community services do, but they do not work to prevent crime. Rather, they work to respond to crime after the fact, and as evidenced by the low rate at which these gun crimes are solved and high rates of police violence and community mistrust, they are not an effective solution. Municipal funding can and must be directed to solutions that work meaningfully to prevent crime and communities are calling for non-police solutions. Advance Peace, with its track record of both reducing violence and meaningfully reshaping the lives of young men at the center of gun violence, presents a systemic alternative to the current patchwork of systems that are failing these young men and their communities.

DeVone’s strategy is straightforward: partner with cities to develop a more effective yet lower cost approach to reducing violent crime by providing the young men at the center of the violence with care, nurturing, and support so that they can thrive in nonviolent lives. This model leverages community resources and local changemakers rather than relying on the police. Since his pilot in Richmond, CA, DeVone has proven that a targeted, caring approach can have an outsized impact because so much gun violence can be traced to a tiny minority of individuals and neighborhoods.

Advance Peace first identifies the young men at the center of gun hostilities. Impacted communities know who these young men are and Neighborhood Change Agents, formerly incarcerated individuals who are now employed as changemakers, are credible messengers within these communities who reach out, identify the young men in need of care and violence interruption, and welcome them into the program. Advance Peace’s Peacemaker Fellowship is a voluntary 18-24-month program that provides these young men with intensive, relentless mentoring and support as part of a broader structural shift to end gun violence without relying on broken police systems.

Neighborhood Change Agents work with these young men to build LifeMAPs, self-determined asset-based plans and goals for their future, which commonly include education, employment, wellness, and social goals such as repairing relationships or becoming more involved with family. The Peacemaker Fellows are paid a stipend while in the program for making progress towards their goals, to help them meet their needs, and focus on their wellbeing and growth. At later stages of the program, they are placed in subsidized internships based on their interests to help them pivot towards employment that will be meaningful to them. Through Advance Peace, these young men are connected with social services to meet their basic needs, and community elders to build intergenerational connection and demonstrate that a future is possible. These young men are taken on trips outside of their cities, to new cities and even new countries, to expand their sense of the possible and allow them to spend some time in new environments where they can feel safe in ways they may not in their home neighborhoods. For international trips, these young men travel with people who are on opposite sides of local gun violence conflict, people they view as their enemies, to reinforce the idea that they’re more alike than different.

Advance Peace is not just a program that influences individuals at the center of gun hostilities. Rather, DeVone is working at the level of the entire city to change mindsets, reshaping a city’s understanding of what causes violence and what the most effective ways are to prevent and treat the problems. When scaling to a new city, Advance Peace requires cities to make a five-year commitment to the strategy, make a 50% funding commitment over the five years, and, after achieving a 30-50+% reduction in gun violence, include the strategy within the city’s public safety plan and budget, completely funding the strategy for a minimum of 3-5 additional years. They require the above commitments be ratified by affirmative vote of a super majority of the city council. This ensures they have citywide commitment and will not, once operating, be hindered by non-cooperative city government. DeVone recognizes that part of the public safety problem lies with city budgets that don’t fund programs with meaningful impact and instead focus on policing, which harms communities and does little or nothing to help them. This strategy for scaling addresses this key aspect of the problem.

DeVone originally spearheaded the Peacemaker Fellowship as a government program of the city of Richmond, CA where it reduced gun violence rates by 75-80% and took the city from one of the most dangerous in the nation out of the top 100 cities for gun violence. Advance Peace is now a 501(c)3 to enable scaling to other cities, including Stockton, Sacramento, Woodland, and Fresno, CA, as well as some operations in Ft. Worth, Texas. The community of Toronto, Canada is also pushing for their city council to welcome Advance Peace, including a petition with 65,000 signatures.

DeVone has a background working in organizations that provide mentorship for young people. As a child, his parents went through a turbulent divorce and he had a lot of anger, but sports coaches and other mentors provided him with the support he needed to thrive. He recalls that one of the most important traits in a mentor figure is their ability to be persistent and stick with him through good times and bad.

After working in mentorship and local public policy in Oakland, he joined and quickly became the leader of a team of people consulting with Richmond, CA on how to lower their rate of gun homicides, which was one of the highest in the nation. He consulted with community stakeholders, including victims of violence and their families as well as police officers and service providers. He discovered that most of the gun violence in the city was being committed by a small cohort of fewer than 20 young men who the police had been unable to reach and who had not been in contact with social services. The Peacemaker Fellowship was built to meet the needs of those young men in order to radically reimagine effective community safety.

In 2015, DeVone was the Director of Richmond’s Office of Neighborhood Safety and having launched, implemented, and refined the Peacemaker Fellowship, began to think about replicability and scale with the help of Draper Richards Kaplan. He spun off his programming into Advance Peace, the nonprofit he then founded, in order to scale this model to other cities with high rates of gun violence.