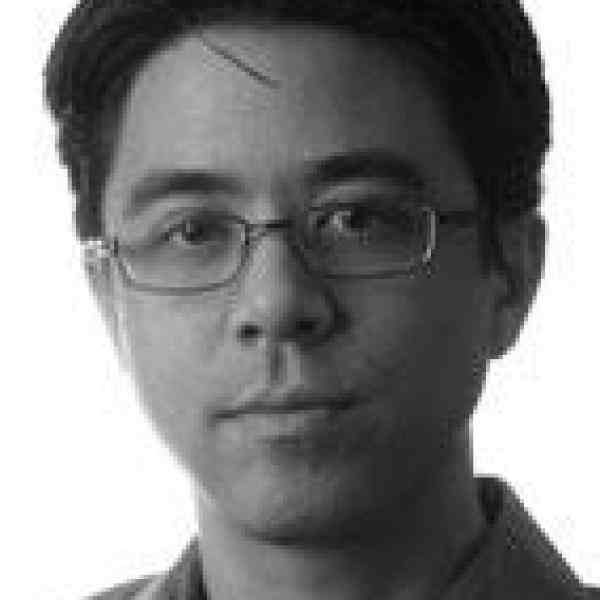 Check out this video of Derek Ellerman's work:

Derek Ellerman is building a citizen movement to put an end to human trafficking in the United States. Over 20,000 foreign nationals are trafficked into the U.S. each year for commercial sexual exploitation and forced labor, and thousands of Americans are trafficking internally, mostly in the sex industry, within the U.S. This illegal multibillion dollar enterprise thrives in the shadows of major cities because the criminal justice system arrests the women as prostitutes but not the traffickers who exploit them. Polaris Project helps law enforcement and communities crack the private networks to reach the victims, builds public awareness, and promotes laws that go after traffickers and their assets.

Derek Ellerman is creating a citizen movement to stop the annual trafficking of more than 20,000 foreign nationals and over 100,000 American children in the United States of America. Trafficking in persons, as defined by the United Nations and U.S. federal law, is a form of modern-day slavery, using violence and coercion to control and exploit its victims. Today trafficking is the third largest and fastest growing criminal industry in the world because the profits are high and the risk to the traffickers remains low.

Unlike typical anti-trafficking organizations which target poor, often South Asian nations and provide either legal services or social services for victims, Polaris Project engages normal community members, law enforcement and policymakers of wealthy countries such as the United States and Japan in a coordinated attack on the trafficker’s primary incentives—high profits and low risk of prosecution.

First, at the policy level, Polaris works to generate public support for state laws that are patterned after the new federal anti-trafficking legislation. The adoption of state laws across the nation will help institutionalize anti-trafficking measures in law enforcement at all levels, similar to the impact of domestic violence legislation decades ago. The model state legislation includes provisions for seizure and forfeiture of the traffickers’ assets. This creates a financial incentive for law enforcement agencies while simultaneously raising the risk to traffickers and providing additional revenues to support victims of sex trafficking.

Second, at the implementation level, Polaris Project supports local and federal law enforcement in the coastal trafficking hub cities such as Washington, DC, by dedicating staff to identifying brothels, massage parlors, and other businesses that are fronts for trafficking. Combining field research with information from women in the sex industry, Polaris Project has developed an extensive database of trafficking operations that it uses in victim outreach and enforcement against traffickers. This is a great resource to law enforcement who often lack the personnel, the diversity and trust of women in the industry, and the specialized knowledge to identify trafficking locations. No one else in the U.S. does this.

A tertiary benefit of Polaris’ model is that the fellows and volunteers who spend typically three to six months working at Polaris are from the same communities as the women in the trafficking networks, including the Korean, Chinese, Thai, and Latino communities. This multicultural model helps build trust with women in the sex industry, gives clients a feeling of family at Polaris Project, and also helps the fellows and volunteers become lifelong supporters in the anti-trafficking movement.

While there are dozens of anti-trafficking organizations around the world, the Polaris Project is the only multicultural grassroots agency that attacks the criminal industry in the destination countries, working both at the policy level and in the trenches.

An estimated 20,000 victims are trafficked each year into the United States from East and Southeast Asia, Latin America, and Slavic countries. Over 100,000 U.S. children are victims of domestic sex trafficking in prostitution, pornography, and stripping. Polaris Project has identified over 250 operations in commercial sex and trafficking networks in the Greater DC area, each with two to fifteen women and/or children.

Sex trafficking in the United States operates through clandestine networks that are often ethnically based, making it difficult for law enforcement and service providers to identify locations of trafficking, protect the victims, and prosecute the traffickers. Most law enforcement also lack the language skills, cultural competence, and ethnic diversity needed.

The sex-trafficking industry is driven by market forces’ demand for cheap commercial sex and the opportunity for “suppliers” to make large profits with little to no risk. Undermining these market forces requires a substantial shift in many anti-trafficking programs.

Labor trafficking is also a serious problem and occurs in factories, farms, private homes, and in the supply chains of major multinational corporations that utilize sweatshop labor.

The anti-trafficking movement is bitterly divided over prostitution policy and has suffered from leadership that has encouraged antagonism between the two camps. The antagonistic culture has seriously hindered the collaboration necessary to combat a crime that is often transnational in character and almost always multidisciplinary in the services required to defeat it.

Polaris Project uses a community engagement strategy to shed light on the practice of modern-day slavery, to involve young adults in its abolition, and to strengthen the anti-trafficking movement. Polaris gets much of its work done by using sets of 12-17 Polaris Fellows who take three to six months to work full-time on this issue. The Fellows, who range from attorneys, undergraduates, and graduate students, to women who were in the sex industry themselves, share the ethnic and cultural diversity of the clients of Polaris Project, and are involved in activities ranging from client services and advocacy to fundraising and public relations.

Founded in Rhode Island, Polaris Project relocated to Washington, DC, because it is the center of national policy, one of the top 10 markets for college interns, and an international city that is home to hundreds of brothels and other operations in sex trafficking networks.

Polaris Project uses a bottom-up/top-down approach, working at the implementation level assisting law enforcement in suppressing trafficking in the key hub cities that serve as the recruiting and staging grounds for the national trafficking networks and on the policy level to institutionalize trafficking as a priority for law enforcement.

To affect national policy, Polaris Project developed the U.S. State Policy Program advocating for state laws against trafficking. The State Policy Program has prepared comprehensive model legislation for legislators to introduce in their states to allow local police and state courts to begin to take the lead in combating trafficking and protecting victims.

Polaris Project then headed up the U.S. Campaign Against CSEC (Commercial Sexual Exploitation of Children). This is the largest coalition of youth-focused anti-trafficking agencies in the U.S. and advocates for national policy and for the creation of local task forces on CSEC.

In the summer of 2004, Polaris Project launched its first international office in Tokyo, Japan, and will be replicating strategies developed in the United States in another of the world’s largest destination countries.

While these initiatives are young, the sound strategies and early impact have made Polaris Project a rising star in the anti-trafficking movement. They are continually improving their offerings and are uniquely positioned to unite law enforcement, legislative and anti-trafficking groups in ways that systematically undermine modern-day slavery in the U.S. and beyond.

Throughout his life Derek Ellerman has consistently pursued the underlying connections between human abuses and the incongruity of human relationships. He has internalized messages of the inherent ethical responsibilities of citizenship from thought leaders such as Thoreau, Martin Luther King Jr., Gandhi and Noam Chomsky. This theme has led him to fundamentally commit to pursuing social justice by involving common citizens in nonviolent direct intervention that includes law-enforcement and policymakers as stakeholders and allies.

In college, Derek formed the Center for Police And Community (CPAC) to improve the relationship between police and members of his community. Using a nonviolent methodology he created police reform and reconciled the relationship between the police and the community. He was also the primary policy architect and lobbyist for the first Civilian Review Board in Rhode Island. He ran this community-building organization for four years before founding the Polaris Project.

Derek was raised in a middle class family and attended Brown University. In college he developed a strong interest in Buddhism and became friends with Katherine Chon, who is a Polaris co-founder. As a bi-racial Asian American Buddhist interested in social justice, he had many insightful conversations with this Korean-born Asian Christian who was also interested in social justice.