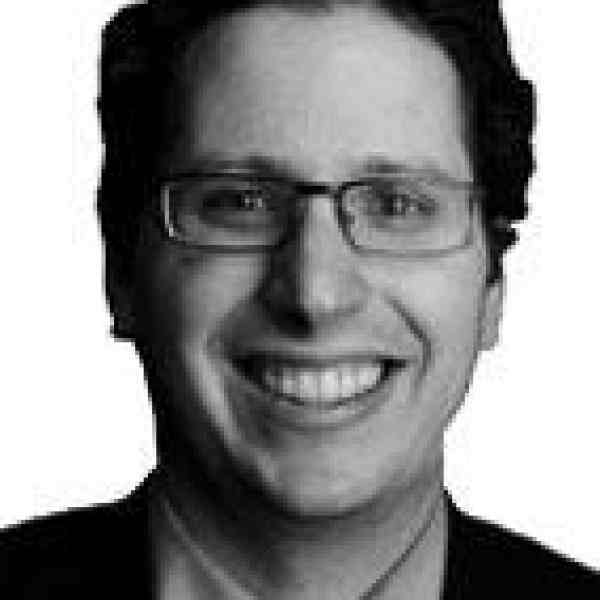 David Lubell is unlocking the full potential of communities by addressing the fears of U.S. born residents regarding the country’s fastest immigration growth rates since the early 1900s. David is helping them understand how and why the U.S. can find pride in upholding traditions of being welcoming, at community and individual levels.

David’s work is guided by a simple and powerful insight—that immigrant integration will never succeed if the focus is put solely on immigrants. David set up Welcoming America in 2009 to build a robust good receiving communities movement and create an enabling environment for more people and institutions to recognize the role everyone must play in furthering the integration of recent immigrants in the fabric of the U.S.

Despite high levels of anti-immigrant sentiment in the political sphere, David estimates that of the 273 million non-immigrants in the U.S. about 60 percent are “unsure” about how they feel about immigration (i.e. not dead-set against it, but concerned by it) and another 20 percent (the “untapped”) would be more welcoming if only they knew how. David and his team engage members from both groups to participate in and lead good welcoming events: Spaces where they can openly discuss their fears and build trust-based relationships with foreign-born U.S. residents. These carefully crafted interventions lead to significant shifts in the attitudes and actions of these two population groups.

David has identified a number of critical levers that, with low activation energy, can spark deep, scalable change. He is drawing in natural allies such as other organizations working on immigrant integration across the country and building a network of “welcoming” affiliates as implementing partners. This network already reaches twenty states and has a particularly strong presence in new immigrant gateway communities. In addition, he is working with municipal officials and influencing several federal government bodies to require that grantees working with immigrants engage receiving communities as part of their strategies. Understanding that media and advertising play a critical role in informing public opinion, he is also targeting these industries. Among other critical actors, David is beginning to work with corporations who have a vested business interest in making their communities more welcoming.

David and his team are thus establishing new norms for organizations working on immigrant integration across the country. Most importantly, they are introducing strategic, new voices to the conversation in an effort to build an increasingly empathetic society that will lead to a more stable socioeconomic and political environment in the U.S.

Over the past twenty years, immigration rates to the U.S. have reached levels unmatched since the early 1900s. While in 1990 one in twelve Americans was an immigrant, by 2005 that proportion rose to one in eight, and by 2050 it is expected to leap to one in five. These demographic shifts have led to increased anxiety among native-born U.S. residents, particularly in new immigrant destinations such as Nashville, Boise, and Omaha, which have received a larger percentage of new immigrant arrivals than ever before. This anxiety has in turn led to mistrust and fragmentation within communities, a record increase in hate crimes targeting foreign-born residents, the multiplication of anti-immigrant policies, and reluctance among immigrants to interact with long-time residents. As a result, the integration of immigrants into mainstream American society is now faltering.

These changing demographics have of course captured the attention of immigrant advocacy and integration groups throughout the country. However, the practitioners charged with helping immigrants integrate successfully into their new hometowns have focused almost exclusively on immigrants themselves. Although focusing on developing key skills—i.e. English language proficiency and job training—of the arriving immigrant is important, these strategies have had limited success because they ignore the receiving communities: the other half of the immigrant integration equation. In addition, the tactics used by conventional immigrant advocacy groups are generally effective to mobilize like-minded people, but ignore the unsure and untapped, and most significantly, further alienate those who disagree with them.

A small number of organizations and individuals throughout the U.S. have long thought that it is critical to engage native-born residents in immigrant integration efforts. However, until Welcoming America came along, they had no broader movement to tap into and therefore were left reinventing the wheel with each intervention. In addition, governments have been slow to recognize the importance of an approach that focuses on receiving communities. This has meant, for example, that refugee settlement agencies in the U.S. have not historically been incentivized to work with native-born residents.

In order to transform small towns and cities into welcoming places, Welcoming America works with local communities to help them set up Welcoming Committees. These committees develop local leadership to reach out to the unsure and untapped in their communities. The Welcoming Committees organize public engagement opportunities where fears can be addressed openly and where dialogue is facilitated between immigrants and native-born Americans. These gatherings have been proven to cause a positive shift in the perceptions of residents toward immigrants.

In addition, they work with local elected leaders to pass welcoming resolutions—formal proclamations that articulate openness to immigrants at the city or state level. For example, Welcoming Rhode Island took its first public step toward creating a more welcoming climate by helping pass a welcoming resolution in East Providence in January 2012. In regards to attracting the untapped into its leadership, they have successfully recruited a governor to be the honorary chair of their advisory board. Other members of their leadership include The East Providence Chief of Police, the Providence State Representative, and a Providence local municipal judge. Welcoming Rhode Island plans to pass similar resolutions in cities across the state. They are also exploring whether they might be able to pass similar measures on the state level. The Republican governor of Michigan, who works with members of Welcoming America’s affiliate in Michigan, has already stated that he wants Michigan to be seen as the most welcoming state in the union for immigrants. David sees this as a wonderful opportunity to have a healthy, public competition begin between Michigan and Rhode Island for that title!

Welcoming America’s team of six is responsible for growing the movement and provides the infrastructure necessary for their affiliates to be successful. First and foremost they provide thought-leadership and best practices on how to apply a receiving communities approach to their work. David worked with the Spring Institute, author Susan Downs-Karkos, and many others to develop the receiving communities toolkit, an important tool to spread the methodology throughout the affiliate network and beyond. At the operational level, they also tee up affiliates with resources to increase their local fundraising efforts by an average of $25,000. Currently, the 20 affiliates span all five regions of the country and together have reached more than two million people. At the end of 2012, with a $1.2 million budget, David grew the Welcoming network to an estimated 28 affiliates—and hopes to grow to 50 affiliates by 2017.

David has been particularly adept at identifying new people, opportunities and institutions that can join Welcoming America to grow the impact of the receiving communities’ movement. Recognizing the power of media to shape the public discourse—often perpetuating xenophobia—Welcoming America and its affiliates spearhead strategic public communications campaigns in the media, and through paid ads such as billboards and bus benches. The strategy is to utilize the billboards to promote the pro-welcoming message, help journalists understand different points of view, and recruit thousands of people into the coalition.

Similarly, David saw that many organizations working with immigrants lack the financial incentives to work with receiving communities. Recognizing that most of these citizen organizations draw their funding from the federal government, he started sharing his approach with federal agencies. As a result, the U.S. Citizenship and Immigration Services Office of Citizenship now require each of its grantees to explain how they engage receiving communities. David has also begun engaging corporations whose workforce is largely made up of foreign-born residents. Unwelcoming environments affect workforce retention and morale, thus making companies such as Walmart natural allies for the receiving communities’ movement. David is working on a certification process through which companies could become “welcoming” companies. He is exploring the revenue-generating potential of this strategy. This is an approach he is also looking to transfer to school environments.

Finally, Welcoming America recently launched an online social network—Friends of Welcoming—designed to reach an even broader number of people to become changemakers. Individuals who are not yet connected to an affiliate are able to learn about welcoming strategies and are then incentivized to connect with others to take further steps, such as hosting a multi-cultural luncheon at their workplace or getting an affiliate group started.

David and his team are doing all of this with a close eye to demonstrating the lasting impact of these efforts and learn from them. Welcoming America recently partnered with an independent consultant to develop a set of ten qualitative and quantitative indicators, which affiliates began reporting on at the end of 2011. Among them are measurements relating to the growth of engaged participants in, and supporters of, the welcoming movement, attitudinal shifts of both immigrant and non-immigrant populations, and increased media on positive contributions of immigrant communities.

When asked about what led him to the work he is now pursuing, David points to two early pivotal moments. The first occurred in the 7th grade when his civics teacher invited him to volunteer at a West Philadelphia homeless shelter for families. Having grown up comfortably in the suburbs of Philadelphia, he was shocked to witness such levels of social injustice and became a regular volunteer at the shelter and befriended many young people there.

The second turning point came in university when a friend and sociology professor—Rob Rosenthal—challenged David to re-examine his service-based approach to homelessness, and encouraged him to learn more about the policies and systems that helped contribute greatly to the homelessness epidemic in the U.S. A year later, when, Connecticut’s governor tried to cut the state’s rental assistance program, David co-organized “Students for Affordable Housing in Connecticut,” an association of students from across the state working with low-income tenants and housing advocates to fight the repeal. This introduced him to the world of policy and community organizing, and gave him a window into the challenges that Latino low-income renters faced.

Moving to Memphis in 1999, David worked on immigrant issues as a community organizer. By 2001, he had identified a gap in the sector: while there were a number of disparate groups across the state working to serve immigrants, there was no statewide coordination, and absolutely no statewide advocacy voice for the hundreds of thousands of immigrants in Tennessee. He left his day job to launch the Tennessee Immigrant and Refugee Rights Coalition from his apartment in Memphis, which he ran until 2008. At the time it was—and still is—considered the premiere immigrant’s rights organization in the Southeastern United States, and the model for new immigrant’s rights coalitions sprouting up in “new immigrant gateways” across the country.

In 2006 David realized that although the immigrant community had grown by over 400 percent in a ten-year period in Tennessee—one of the fastest rates of growth in the country—no one was educating long-time Tennessee residents about the major demographic changes taking place around them. He helped launch Welcoming Tennessee in 2006, which garnered attention from several states and within a few years Welcoming America was born. David currently lives in Atlanta, Georgia with his wife and baby son.