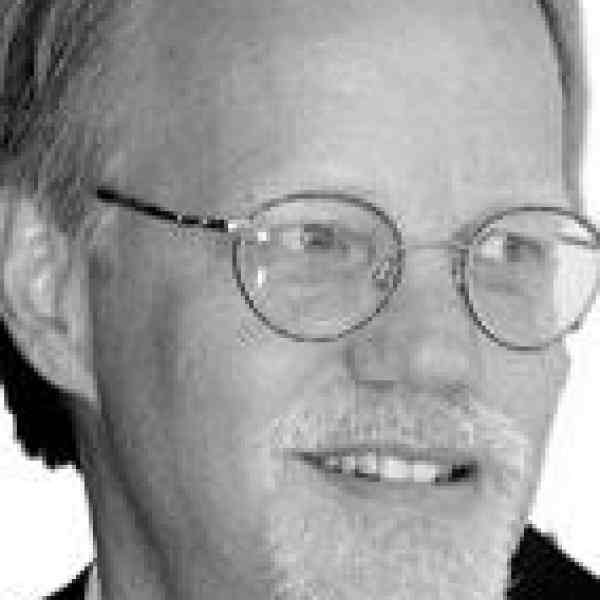 Check out David's work in this video:

David Erickson is breaking the cycle of homelessness and addiction in inner cities through an innovative project that combines decent, affordable housing with a sequence of rehabilitation services.

David knows that without long-term, drug- and alcohol-free community-based housing, most men and women who successfully complete residential addiction recovery programs will relapse and return to the streets. Therefore, in contrast to other social service models that have a primary focus on either recovery support or low-cost housing, David offers an "end-to-end" sequence of recovery services that support a resident through rehabilitation to sobriety, integrated with levels of housing that foster increasing independence. Measured at the five and a half year mark, 96.9 percent of individuals who work their way through David's program are drug- and alcohol-free.David plans to spread the success of his high-quality integration model by partnering with organizations across the country, enabling them to meet their unique local needs with their own resources. Through such expansion, David anticipates that in ten years he will see meaningful, significant structures in place that make a measurable and dramatic difference in addicts' lives in twenty to twenty-five cities.

Of the nearly six hundred thousand Americans who are homeless, it is estimated that approximately half are substance abusers. In the District of Columbia, some ten thousand people are homeless and the Community Partnership for the Prevention of Homelessness estimates that 42 percent of the homeless are also addicted to drugs or alcohol.What sustains an addiction is not only biochemical craving, but the culture and community of the addict. As an addiction takes hold, individuals' lives spin increasingly out of control. Their addiction pulls them away from their community of trust and support, moving them into a chaotic but often seductive world of other users. Typically, addicts go into cycles of heavy use, then pull themselves out and may seek detoxification or short-term recovery assistance, but fall back into their using community and relapse. At bottom, the user becomes isolated from the sober world–homeless, demoralized, but desperate to satisfy his or her cravings.When homeless, addicted men and women want to rebuild their lives, they have few places to turn. Given ten- or twenty-year patterns of substance abuse, or the chemical craving induced by withdrawal from cocaine or heroin, outpatient detoxification and rehabilitation programs do not lead to long-term sobriety. The alternate path off the streets–a homeless shelter–is itself a poor environment for recovery. In addition to being physically dismal, shelters house other addicts, transients, and the mentally ill, all of whom help create an environment conducive to relapse. In short, there is no system to adequately respond to the systemic combination of homelessness and substance abuse.

In 1985 David created Samaritan Inns, a program designed specifically to offer addicts both adequate housing and rehabilitation in one integrated program. Currently Samaritan Inns is characterized by three progressive housing and recovery phases. The program serves all homeless and addicted men and women who want to leave the streets and are committed to the hard work of achieving long-term sobriety. Samaritan Inns is currently one of the largest homelessness responses in Washington D.C., and many people consider it to be the most successful end-to-end integrated program for homeless and addicted men and women in the country.Each of the three housing levels of Samaritan Inns fosters an increased level of self-sufficiency and responsibility. In the Intensive Recovery Program, formerly homeless residents address their addictions in a session of intensive rehabilitation that lasts for twenty-eight days. In the Transitional Living Program, the heart of Samaritan Inns, formerly homeless residents practice living out a recovery lifestyle in six-month temporary housing. In the third and final Affordable Housing Program, formerly homeless residents reinforce their recovery for an average of two years before moving on to fully independent living. Most participants go through all three phases of the program. Locally, David does not want Samaritan Inns to grow larger. In 2001, he capped the growth of his program at five hundred fifty annual opportunities along its continuum. He projects that the program will soon be financially sustainable, with one-third of his budget paid for by residents' rent, one-third by an operating endowment, and one-third raised in regular appeals. When offered financial and organizational support to double his program within Washington, D.C., David declined. "This is the right size," he said. "Any bigger and we lose our culture of community among both staff and residents. We are still at the size that we can make decisions as a group, and maintain personal relationships throughout the program."

Having proven the success of his integrated program in Washington D.C., David now plans to make the Samaritan Inns' model a standard resource for homeless and addicted men and women in cities across the country. Starting with Baltimore, Milwaukee, and Fernandina Beach, Florida, David has begun "mentoring partnerships" with local community organizations. His partnership strategy will draw on the local knowledge and organizational capacity of organizations, as well as David's own expertise in building a successful program for this population.Like the residents of Samaritan Inns, directors of partner organizations will make an intentional, formalized commitment, which includes clear written expectations for all parties. Samaritan Inns will share its experience, expertise, and information throughout the course of program development. Either group may withdraw from the mentoring relationship if the partner organization is not abiding by the principles of the written agreement.Samaritan Inns has established three necessary criteria for partnership applicants. The community organization must first know the local needs of the homeless and addicted population. Second, it must have a vision of how to respond to the needs. And third, it must be committed to following through on the vision. Once an applicant has been selected for partnership, David evaluates the capacity of the organization. (McKinsey &amp; Co. adopted and refined David's organizational capacity assessment tool, and is now using it in their ongoing nonprofit practice study.) In this process, he places a strong value on maximizing the use of locally available resources. He also employs the private sector model of clear staff job descriptions and accountability structures, and he coaches organizations in achieving financial sustainability. Finally, he promotes what he looks at as the key element of success in Samaritan Inns: a culture of treating each person, resident and staff, with trust and dignity. David contractually requires that all partnering organizations pledge to become participants in future mentoring partnerships. Samaritan Inns will increasingly seek to facilitate the gathering and dissemination of their collective wisdom and experience in other communities in the years to come. Thus, David's idea is self-sustaining.

David Erickson, born in 1955, grew up in Rochester, Minnesota. His father ran the family business they all contributed to, a grocery store. David remembers a loving and fairly simple childhood. Of the three siblings, David's elder brother became a minister and his younger brother became a business entrepreneur.As a young man, David became fascinated by the intersections of government, the social sector, and the private sector. In college, he triple-majored in economics, political science, and history, finishing his course work in three years. During his junior year, he traveled to the U.K., where he became the first American student to intern in the British Parliament. After college he enrolled in the Public Policy program at Harvard University. Again he traveled, this time for three months throughout Asia, and then worked in Pakistan on behalf of the Ford Foundation. David was struck by how parochial the government bureaucrats were, and how unconnected their priorities were to the needs of the people. From 1980-83 David worked at the Environmental Protection Agency, thereby securing experience in U.S. government work. Then he and a partner became, for a time, private sector entrepreneurs, successfully putting together and running an economic and demographic forecasting company. In personal community work, David tutored and then befriended a young boy living in inner-city Washington, informally bringing Ron into his family and gaining perspectives on local poverty. David and his wife also worked as volunteer managers of a neighborhood jobs-training bakery. There he was first introduced to the culture and victims of alcoholism. Recognizing that homeless and addicted men and women who wanted to make a real change in their lives had no place to turn to for adequate support, David dedicated himself to intense involvement in addressing this problem. He knew that to be effective he could not "help" an existing program–he would have to figure out what needed to be done and build a new shared vision among those who would be necessary to implement the plan. Samaritan Inns was the realization of David's vision. In 1986, the Inns took in the first group of nine homeless, addicted men.In 1983, David ran into local opposition over zoning permits for service housing. He successfully sued the District of Columbia, thereby creating a national precedent for re-zoning to accommodate the housing needs of service programs such as Samaritan Inns.