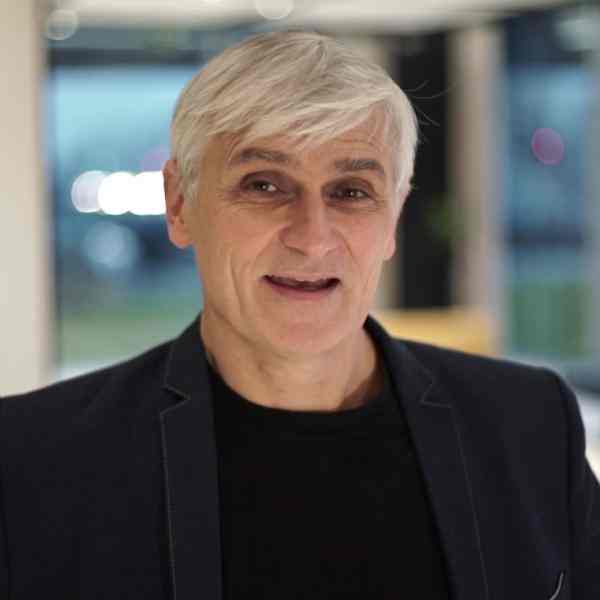 Dariusz is engaging fathers in hands-on roles and reenergizing the father as a key figure in the development of a child.

The modern family is becoming increasingly difficult to define as its structure evolves and changes depending on cultural and socioeconomic circumstances. In contemporary Polish society, the role of the father or father-figure has emerged as key to maintaining the strength of the family as a backbone of society. Yet because the duties and behaviors traditionally associated with fatherhood are becoming less relevant, many fathers are at a loss on how best to involve themselves in the raising of their children. In searching for ways to strengthen the family in Polish society, Dariusz identified the father as the essential unmet need in many families. To respond, he has developed a strategy to both educate and support men who are taking on this role in any capacity, reaching out to adoptive, biological, foster, and stepfathers alike.
There is extensive written debate about the “absentee father” and its detrimental effects. Dariusz recognizes that absent fathers are not always reluctant, just unsupported and lacking knowledge. By empowering men to embrace fatherhood, Dariusz is truly creating a “social movement of fatherhood” in all its forms. Instead of continuing to bemoan and harp on the crisis of fatherhood, Dariusz is actively debunking cultural myths about fatherhood through workshops and coordinated public education campaigns, while also imparting concrete parenting skills to a new generation of fathers. In the process he is not only developing the self-esteem and social role of these men, but also strengthening and improving the environment in which Polish children are raised.

The family unit in Poland suffered during the dramatic social upheaval of the 1990s. As democracy gained its foothold, some of the traditional ideas about parental roles previously embraced by communism were upended. Gone was the father who was the sole provider, disciplinarian, and family leader. Today one finds many Polish children raised by single parents, most often without a father figure. The past 10 to 15 years have shown that this can have adverse effects on childhood stability and the future prospects of a child. Although the unraveling of the dominant patriarchy was not unwelcome, it left many fathers without the guidance on their role that tradition provided. As a result many fathers became “absent”, either physically or emotionally.

Despite social changes, many organizations focusing on family concentrate on the mother, still relying on the traditional image of the mother as the principal nurturer and the parent responsible for care and upbringing. Mothers have access to their own social network of mothers groups for support, advice, and mentorship. There are comparatively few groups or organizations which reach out to fathers in a similar way, seeking not to blame them for familial discord but instead to bring them back into a new role within the family. As a result men lack outlets for social interaction in their role as fathers, to share stories, seek advice, and celebrate the events of childhood. While this was less needed when society dictated their role so clearly, today fathers crave this support, in particular fathers who are acting as parents to children from outside the structure of marriage, or to children who are not their own. Those groups for fathers which do exist most often focus only on men who are divorced and are seeking custody rights. Fathers are thus left with an undefined, and yet often criticized, role to play in the modern family.

Based on initial research including a survey and a “Week for Families” focus group/seminar, Dariusz launched a strategy based on three main pillars of action. (1) Spread knowledge and awareness through a variety of means: the website, the magazine, the public campaigns; (2) Equip fathers with special tools and techniques to get men together to share ideas about fatherhood, through seminars, camps, centers, etc.; (3) Create policy and work inside the government to develop laws and encourage actions that help families and fathers in particular. Inspired by the idea of “a network of dads”, and the need to treat the physical, emotional, and spiritual absence of fathers in the lives of their children, Dariusz was able to attract initial support and volunteers to his project quickly.

The website for the project, tato.net, is key to disseminating information and building community for fathers and around the subject of fatherhood. It acts as a communication platform and source of information. Available in Polish, Russian, English, Slovak, and Ukrainian, the website is able to reach across Poland and beyond. Since its launch in 2004, the website has been visited by 25,000 users. The network is not just virtual, however; in the early years of the project Dariusz also organized an international conference that welcomed 80 participants from Poland, Belarus, Romania, Ukraine, Great Britain, and the United States of America. These conferences are now biannual in Poland. The most recent was entitled “Seven Secrets of Successful Fathers” and another “What Do You Think, Daddy?” It is this hands-on work that is the true heart of his idea, especially working with younger and newer fathers. The workshops impart skills and build confidence for younger men to embrace fatherhood. Using the resources of his own network from the Christian movement and his first foundation, Dariusz expanded the project to Germany in April 2005, organizing a workshop for 27 fathers, and to the Ukraine.

In between these events Dariusz and his team publish a magazine on the contemporary father. The magazine is a forge for ideas and initiatives for fathers who want to become more active and engaged. The organization also oversees an archive of books, stories, films and artwork featuring fathers, meant to educate and inspire. Just as fathers are role models for their children, Dariusz realized that well-known fathers, who have a good balance between career success and fatherhood, could be role models for the average man. These celebrities are featured in the magazine and on the website. Through these coordinated efforts Dariusz leverages the reach and influence of the media as medium but also as a cultural force to shift the conceptions on fatherhood of both men and society.

Dariusz is now focusing on the development of different training and workshop modules as well as outdoor activities—for father and son, father and daughter, father and family and more. Dariusz develops maps of needs and expectations to tailor various individual approaches, as each father’s experience is unique. He hopes that these opportunities will also generate income for the organization.

The success of the media outreach and events set the stage for a wider campaign to influence public opinion. Now well positioned as an expert in the area of fatherhood, Dariusz is launching a broader social media campaign and a national competition for Father of the Year. In the competition children will submit entries with stories, paintings, and poems. Dariusz hopes to create a society in which a father taking his child to the doctor won’t be seen as “mothering” or “soft”; in which fathers embrace their roles as a source of value and strength for their children. Dariusz plans to build on his success in Poland and, using the roots established by the conferences, take his campaign to the rest of Europe. He is cultivating a small group of highly engaged fathers to lead this expansion and to run centers similar to the one in Poland across Europe.

As a child Dariusz had moved to live with his grandmother, as his mother decided to return to the workforce shortly after his birth. He grew up with his grandparents even subsequent to the birth of his two siblings, who stayed with his parents. Living at the other end of Poland, not often seeing his natural parents, Dariusz went through a period of feeling rejected and abandoned. It was a strange adjustment when he returned to his natal home at the age of 6.

While still in secondary school he joined the Oasis Christian movement, which he treated as his space to explore new ideas and thoughts outside and against the formal structures of school or the communist scouts. He found his place there and soon became one of the leaders of the community group. While in high school, at the age of 16, Dariusz established the first chapter of the movement at his parish. He went on to study theology at University in Lublin.

In 1980s as a student Dariusz become involved in the Solidarity and opposition movements, initiating discussion circles that sought authentic values and dialogues between different cultures and religions. His interests continued during further studies and a PhD dissertation on ecumenical dialogue. In 1994 he spent a year on post-doctoral research in the USA, where he encountered for the first time people who were working on fatherhood and the meaning of the father in the family.

After coming back to Poland in 1994 Dariusz established his “Cyril and Methodius Foundation” in 1995 dedicated to the building of bridges between cultures, nations and ecumenical dialogues. At the same time, he took up a challenge of starting up an insurance company in order to make living and provide a material base for his family. Nine years later, Dariusz was managing an agency office of an international insurance company. His agency was one of the most profitable in Poland so he was asked to start up agencies in other cities in Poland. In 2003, however, changes in the management of the organization brought in new ethical standards that Dariusz did not agree with. Concurrently, his urge to dedicate himself to a social mission was growing stronger, so Dariusz left the business and began working full time in his foundation.

During this period, Dariusz initiated and organized a number of seminars and conferences on ecumenical dialogue and exchanges between various cultures and religions. Under his leadership, the foundation became well known for its achievements in the dialogue between religions, especially for staging the first open dialogue between Catholics and Pentecostals in Poland. During one of the ecumenical seminars in 2000 Dariusz met Sasha from Belarus, who had been searching for a better model of parenting to respond to his overwhelmingly negative experiences with families. Prompted by the meeting with Sasha, Dariusz began researching and learning more about the issues of fatherhood, seeing it as a new area of society greatly in need of open dialogue and a change in mindsets. Dariusz is married to Anna and is a father to three children.