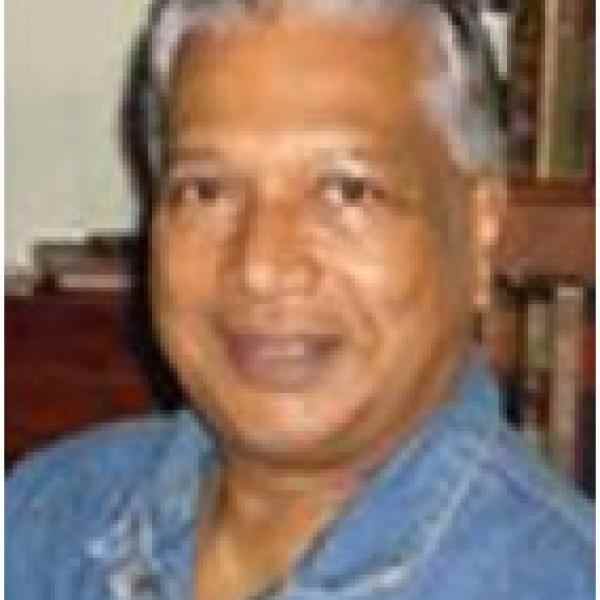 Dr. Darin Gunesekera’s stock exchange market offers slum dwellers the opportunity to trade in the land they occupy and then choose from new apartments available, making them proud and responsible homeowners.

Darin started a stock exchange market, a variation of modern stock exchanges, by which the poorest—the inner city slum and shanty dwellers—can value or trade their main item of wealth. Darin started by persuading the government and other development organizations to play a new role. He persuades and trains welfare officers to become marketing personnel who promote his idea to the poor. He then sells their real estate and purchases for them new, modern apartments of their preference. The government’s role then changes to that of monitoring a market economy - ensuring transparency and regulating new development plans for neighborhoods inclusive of the poor,  approving the establishment of land and real estate trusts, and registering ownership titles to homes.
The program creates for slum dwellers a transferable asset in the land they occupy and which they transfer to a trust. In exchange, they receive entitlement certificates to purchase an apartment in a new building. These certificates are a vote for the building of their choice. They are redeemed by exchange for title to a condominium apartment in the new building. They also own a share of the common areas that may include commercial shops, a preschool, and more. Accordingly, they become stakeholders in urban regeneration.
The stock exchange market has changed the practices of developers who have found they have to compete now for the preference of the poor. They have to compete openly, using models and advertising in a transparent bidding process of development proposals. Banks are also encouraged to change old practices. The plan also gives the poor the same economic choice situation as the middle class. Further, the resulting housing provides the same environment as that of the middle class. This process of inclusion thus helps integrate society.

The slum dwellers in Colombo squat on high-value city land and provide services to the city, but they cannot afford their own dwellings. The middle class and the government consider the slums centers of vice and violence and therefore detrimental to the city’s image. Since they constitute a useful vote bank, the politicians either handle them carefully or evict them, depending on their political bias.

Colombo’s undeveloped land comes under the overlapping jurisdiction of different authorities like the Urban Development Authority, National Housing Development Authority, and the Municipal Council. When a particular piece of land is required for development work, the slum dwellers are evicted by force under huge protest. Nearly 60 percent of the population of Colombo lives in the slums and shanties. Not surprisingly, unpaid consumption of water and electricity is also over 50 percent. Large tracts of slums covering central areas of the city are said to exceed 1,000 acres. In Colombo, the poorest of slum dwellers occupy 2.18 perches (160 perches = 1 acre) of ground land per household. A modern middle-class apartment would require land of slightly over one-half perch. Darin’s home trade released 1.6 perches of city land per household. Since the slum dwellers—over half the city population—occupy central zones with valuable city access, this land yield is of considerable value.

The new public sector inner-city housing schemes, which were built to house the slum dwellers, deteriorate rapidly as they collect little or no amenity or cleaning fees. Bribery and corruption of the government officials result in public housing built by contractors at low costs with inferior standards that eventually become tenements Although the city is the richest area with the best infrastructure in the country, the central area is one of spreading deprivation and decay. One cannot name a single successful public housing project.

The slum dwellers earn enough money to live by performing remunerative services in the city, but they are unlikely to ever earn enough to afford the high price of land. They live either in slums or squatter settlements on state land, and because of bureaucracy and politics, it is hard for the state to drive them away. However, they do not have a legal right to the land. Therefore, they lack the confidence to invest their resources in home improvement. Because they are illegal squatters they have no leverage to get services, sanitation, and water. Nonetheless, they represent an important voting bloc for the politicians. The land-use problem is so acute that where inner-city dwellers are of no significance as voters, authorities have taken measures to evict them.

The attitude of the middle class and the developers is that poor people are bad and the slum dwellers are lazy, violent, and likely to be drug pushers or addicts. The middle class has no desire to mix with the slum population and would rather move to the suburbs, a migration that reduces revenues for the city. Developers would like to get hold of the slum lands for commercial development but do not want to be involved in providing alternate housing for the slum dwellers.

Generally, slums are regarded as a drain on public utilities with little revenue for the providers. At the same time, the cost of maintaining publicly provided housing also grows. Since the country has a 25 percent deficit in urban housing, it is spending capital on reclaiming swamp and agricultural land outside the city for middle-class housing. This is a disaster for the environment as the green belts around the city are eroded. State utility and infrastructure providers face increasing spending demands for maintenance and new connections at the same time that revenues are low and dwindling ever lower because of the growing slums. Meanwhile, because banks are not interested in investing in slum housing, competition is low.

Darin’s strategy for dealing with the government is to have it adopt a regulator role for itself with a transparent approval process. He sees that progress for slum dwellers will not come through reliance on financial, material, or bureaucratic support from the government. It requires an insider strategy of raising consciousness, combined with a campaign of public press articles. By engaging reform-minded persons within the government, he was able to demonstrate to them a strategy that did not require government finance and that, in fact, would be financially advantageous to the government. This demonstration persuaded the government to bring in nongovernmental experts to implement the scheme.

To approach the slum dwellers, Darin used their established relationship with welfare officers. The welfare officers, now trained in marketing techniques, disseminated the message that slum dwellers are now offered the right to own property. Moreover, this new status allows them the right to choose the architecture of their new buildings as well as the layout of their new apartments. The apartments they receive depend on the size and location of the occupied land they give up in vacant possession. In general, the new tenants gain full control of buildings and their common areas. It is understood that payment would be the land they occupied as well as a small, affordable cash deposit on which a savings plan also offered help. The stock exchange market program has succeeded completely with the communities that have been offered the program by the government.

The strategy for dealing with developers, middle-class buyers, and investors is to leverage the land and introduce new products. Developers are offered a new route to land and development work, while banks are offered new products. And the middle class, which faces a tremendous shortage of homes close to the city as well as amenities, is offered homes and investments. The newly established trusts decide on land-sales timing and the timing of the project based on market conditions.

Darin grew up in Sri Lanka. Travels with his father exposed him to other countries as well as to the global problem of development. He was a dedicated student and completed his doctoral studies at Yale. He returned home to work in Sri Lanka. An opportunity immediately appeared: a project to start a stock exchange in Sri Lanka was struggling and, thus, allowed a young newcomer to become involved. He discovered an ability to communicate with many different levels of people about economics and did so by involving important persons in committees creating awareness, and propagating a populist stance. After his success with the Colombo Stock Exchange, he has had an opportunity to repeat his work in Kenya. This was even more successful than the Sri Lanka project because he was more experienced and more prepared.

When Darin returned to Sri Lanka, he found that a World Bank-funded project to resettle slum and shanty dwellers was mired. He proposed a radical departure from a welfare program to self-financed urban housing. He convinced the World Bank teams and the government that this project deserved consideration. From then on, it was a two-year struggle to gain acceptance and actually get a pilot project agreed upon and started. His idea caught the interest of the president of the country who gave the approval and support for the first housing project, one that now houses 670 families from the slums.

Darin has found enthusiastic associates in the United Kingdom and India who want to try this new idea. He is also planning to work in Eastern Europe where the poor have urban housing problems. His strategy is to build an association of like-minded groups. Each group will be an independent partnership interested in projects that define a way of using the new idea within the parameters of their locality or region.