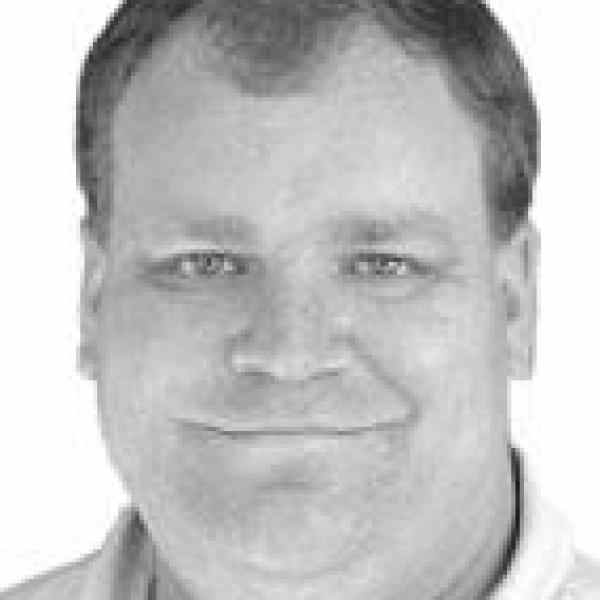 Darell Hammond has created an effective delivery mechanism to get playgrounds built by bringing together communities and corporate volunteers in underprivileged communities in the United States. In poor communities the pent-up demand for spaces to play results in young people turning to television or video games, or worse, to gangs and drug abuse. And now Darell is seizing the historical moment to move beyond playgrounds to institutionalize the "right to play" for every child.

Darell is shifting the playground industry to focus on children&#39;s needs. Research shows that 95 percent of a child&#39;s character is formed before 5, and play is a crucial part of this process of character development. In the play environment, children learn motor skills, social interaction, and creativity. It is therefore critical that each child have access to an interactive play environment that is both safe and stimulating. Darell sees play as a fundamental right. Indeed, he maintains that play should be a expectation for every child. His organization KaBOOM! has led to the construction of 500 new playgrounds and improved more than 1,500 others since it was founded in 1995. But there are thousands of neighborhoods where children still have no access to adequate, safe play spaces. What makes Darell&#39;s model work in neighborhoods where there are no active Parent Teacher Associations or parents to raise money to build playgrounds is that he forms partnerships between local communities and corporations to build safe and fun playgrounds for children.
With the success of Darell&#39;s model, KaBOOM! has become a key player in the industry, and he believes that now is the time that attitudes at the policymaking level can be tipped toward establishing the right to play.

Today in the U.S., time for play is most often viewed as a luxury rather than a necessity, whereas in Germany, Holland, and parts of South America, play is written into the legal code as a protected right for all children.

Poor communities, particularly, across the country lack challenging, safe play spaces. This problem is illustrated by the unfortunate incident of two children from an underprivileged neighborhood who, in search of an interesting place to play on a summer afternoon in 1996, climbed into the back of a car and suffocated. The incident sparked media attention and helped lead to the first KaBOOM! playground in the Washington, D.C., area.

With education funding cut across the country, playgrounds have become the responsibility of Parent Teacher Associations or the communities themselves. The problem is exacerbated by the fact that in low-income communities, PTAs are not made up of parents able to dedicate discretionary time for fundraising for playgrounds.

In addition, significant roadblocks within the commercial play industry itself stand in the way of change. The production of playground building material is a $287-million-dollar industry with just six major manufacturers. All of the guiding forces in the industry push design and production in the direction of safety and aesthetics–too often this means that the playground construction bottom line is not about the end user–the children.

Darell is as determined to educate as he is to fill the demand for low-cost playgrounds. As a nonprofit player in a large field of commercial playground companies, KaBOOM! is in a special position to change people's perceptions about what makes a good playground. Darell can build higher-quality playgrounds that are more appealing to kids and better for their development. In the process of working with communities to build playgrounds, he is educating buyers to demand a high level of quality.

Darell's organization has worked to hone a delivery system to build playgrounds in low-income neighborhoods through partnerships with corporations who match costs and volunteers with community resources. As a nonprofit in a for-profit industry, KaBOOM! has remained competitive by introducing a series of services like maintenance manuals and a Playground Institute training conference for community leaders.

While providing the much-needed bridge between communities and corporations, Darell is able to tailor the process to benefit each of them. For instance, a central aspect of his program is the community development that he fosters during the process of the playground build. Members of the community must organize, raise part of the money, and volunteer time on the day of the build. Community partners in several locations have told KaBOOM! that the organizing resources they provided, as well as the confidence from successfully completing a playground project, enabled them to take on other organized activities. It also helped them become more proactive in making change for their neighborhoods–all the while bringing the focus to children's needs.

Darell is also launching a new initiative to reach a wider age range of children. In addition, there is a great demand for comparable recreational locations for young adults to provide a healthy alternative to drug abuse and gang involvement. To meet this demand, Darell is in the early launch phase of his second project–Eskal8–building skateparks targeting the teen and young adult population. As an initiative of KaBOOM!, Eskal8 bridges communities and corporations according to Darell's established method of building in underprivileged areas.

Darell is building ties to academic institutions to gather data on the value of his vision. He is currently working with the University of California's Institute for Prevention Research on a five-year study to measure the efficacy of playgrounds as environmental interventions to increase children's physical activity and decrease their body mass. This is the first phase of Darell's effort to get authoritative, nationally published research to benchmark the need for public play space.

KaBOOM! is now educating communities so they can independently replicate the KaBOOM model. Darell is ready to create a national organization to lobby park and recreation players at the local, state, and federal levels both to turn their attention to children's needs and to build a national advocacy campaign to develop and maintain safe playgrounds with a special focus on serving children in low-income communities.

Darell grew up in a children's home in Illinois with his seven siblings. His experiences there planted the seeds for his commitment to the right to safe and engaging play areas for children. The members of the community who contributed to his upbringing helped to shape his vision of how to channel the potential of volunteers to make this dream a reality.

After graduating from high school, Darell had an internship with the nation's second largest park system and helped launch City Year's youth service corps in Chicago, all of which helped shape his vision for KaBOOM!.

In 1995, Darell was in a lot outside a housing project in southeast Washington, D.C., looking at a space where he hoped to build a playground. A 7-year-old girl came up to him and asked if he had come to build a playground. When Darell answered yes, she ran inside and came out with a thick stack of crayon sketches she had already designed.