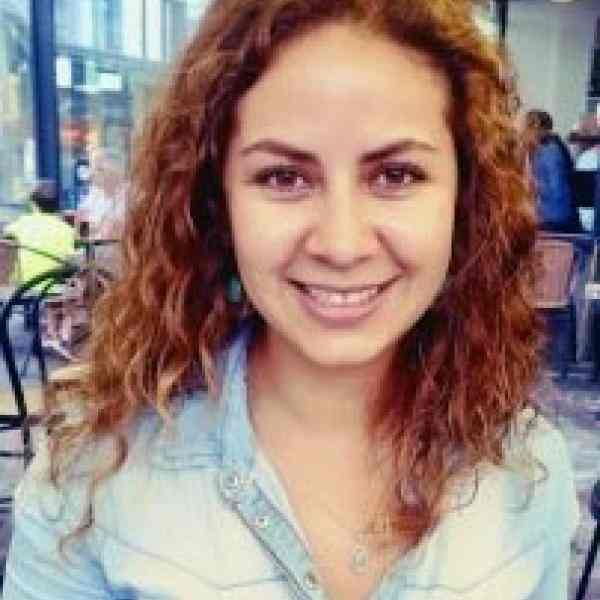 In a country with the highest rate of femicides and sexual abuse in Latin America, Daniela is giving men a prominent role in reducing gender-based violence by redefining masculinity and the woman’s role in Bolivia.

Daniela leads a movement to change cultural mindset towards the treatment of women in Bolivia and in particular stop the gender-based violence that has rampaged society. Core to her approach is working with both men and women. In doing so, she is shifting the narrative and reality of the woman’s role in society and how she should be treated. Moreover, Daniela ensures that men have the prominent role in reducing femicide and sexual abuse cases while simultaneously shifting the narrative--addressing what masculinity looks like when gender roles and norms are shifted.
Through her work within the schools and with the parent-teacher associations, Daniela is able to reach children and their familiar units to raise awareness and devise preventive strategies for solving misogyny within the home and in the community. Daniela also strategically works within those institutions that have traditionally been connected to promoting out-dated narratives on gender-roles and unintentionally enabling the narrative that could justify violence towards women. By partnering with the Bolivian Military academies and the Police Force, she is turning these unintended enemies into allies in order to reduce incidences of sexual harassment and violence.
In addition, Daniela influences public opinion by introducing the issue of violence against women into the public agenda as a civil society issue. To do so, she uses mass media flash mobs to spread the message against gender violence. Furthermore, due to her experience as a lawyer; Daniela has created protection mechanisms that go beyond legal assistance; it points to the empowerment of victims and the strengthening of legal rights for women and victims of gender violence.

Gender violence is the most widespread abuse of human rights. Worldwide, one in three women is raped physically or sexually, with the main culprit being their partner. However, Latin America is known for its traditional patriarchal culture. 14 of the countries with the highest rates of femicide by a partner, reside in Latin America; statistics from UN Women has measured that 60,000 women are killed per year.
In November of 2017, General Secretary of Organization of American States, Luis Almagro affirmed that violence against women and girls in Latin America remains one of the most worrying phenomena in the region, despite the creation of new policies and laws in Latin America. The legal ramifications have failed to create true change at the societal level and Bolivia is not an exception. However Bolivia ranks amongst this highest for it’s reported gender-based violence crimes.
According to the Bolivian Center for information and Development of Women, every three days a woman dies at the hands of her partner. In Cochabamba--the municipality with highest rate of gender violence--studies by the National Institute of statistics (INE), indicate that one of every three women experience violence from their partner. Furthermore institutions meant to keep peace peace and order like the police force and the military are not responding to cases of abuse. Instead of supporting victims, they are also promoters of it and contribute to the epidemic of violence against women and the old ways of thinking about the role of women and men in society.
Despite being a country where women represent 50% of the labour force, the issue of women is not a priority in the institutions of Bolivia. Also, the problem is always approached from the women and not taken men in mind as the main promoters of the violations of the rights of women.

Daniela grew up in a loving and very traditional family; since her childhood she was limited by being a woman; especially during her school age year. As she was studying in a Catholic school, she felt undervalued as a woman; However rather then letting this defeat her, she challenged it leading her to form a Center for students and student movements. However, this challenging of the status quo still left her feeling limited; opportunities disappeared simply because she was a woman. When she moved to Cochabamba to study law, she saw that it was very common to hear cases of children abused by their parents and in situation of exploitation; Daniela wanted to contribute to solve this problem and in order to formulating strategies for it, she decided, with her partners, to create a working group and to propose a solution to the problem of abuse girls.
Later on, Daniela moved to Europe, and she acquired higher and best professional tools for helping people of her country. She did two master's degrees; one in Switzerland and one in Austria. At the end of their studies in Europe, Daniela had a 3 month relationship ending in violence; both psychological and economic. She decided to flee without money and without a place to go. Her own situation made her think about the victims she worked with in Cochabamba and after having experienced gender violence herself, she realized she had to do something; she pledged to end gender-based violence and to change the sexist mentality in order to provide equal opportunities to women.
Upon returning to Bolivia, Daniela started to work in the District Court and she becomes aware of three main things: most of the authorities were men, high levels of corruption, and women claimed all the judiciary but did not occupy any power position. Despite this disappointment, daniela did manage to work formally in Court providing free family assistance for low-income women; This gave her much publicity, but she understood women did not have sufficient access to information and for her it was very important to open mechanisms and institutions for protecting women. In addition she devoted to work in the country's largest companies, and as she observed top positions were occupied only by men, this led her to question again why women failed to occupy such jobs. She decided to train women strengthening their knowledge; trying to change a macho society into a society of respect, where there is recognition of women in equal conditions and opportunities.