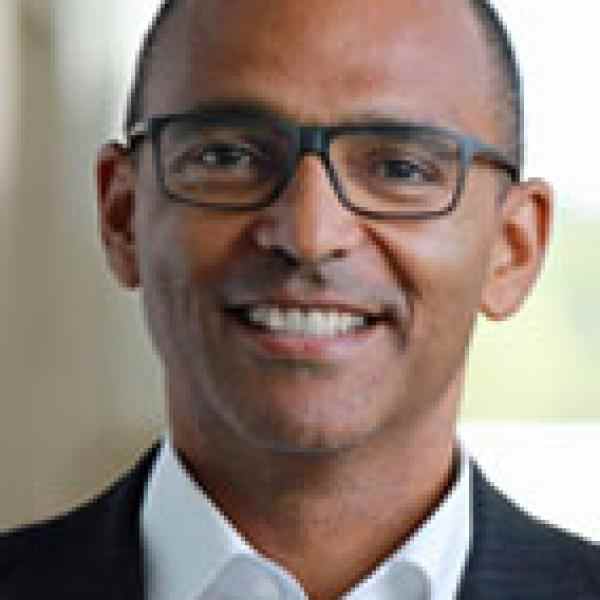 Clemens is leveraging the power of sports and Physical Education to transform the education system in Tanzania and by so doing empowering children to develop their own potential as changemakers in the society.

Jambo Bukoba trains primary teachers to provide school children with “life skills training through sports.” By offering this training and implementing uniquely designed games that build the children’s self-esteem, creativity, teamwork among other skills, Jambo Bukoba Tanzania has been able to demonstrate that sports and Physical Education can be an effective tool for solving education problems such as school drop-out, quality of learning, parental and community participation in education, gender inequality with regards to education access and even boosting teacher motivation.

Lack of proper training for physical education teachers is an endemic problem within the education system in Tanzania and beyond. For a teacher to qualify for teaching “Pysical Education” in Tanzania, all they are required to have is the equivalent of a high-school diploma and a pass in Biology. Clemens is pushing to change that by working with Teacher Training Colleges to have the Jambo Bokoba training program officially certified and endorsed as new training standard for training Physical Education teachers. Ultimately, Clemens plans to introduce his sports education program into secondary schools and to have the model replicated in other countries across East Africa.

Also unique is their integrated approach of linking education interventions to health and gender interventions in particular HIV/AIDs and gender equality. Globally, Tanzania is one of the countries with the highest rates of all HIV/AIDs infections among young people with girls being affected more than boys. General lack of awareness is to blame for this state of affairs, particularly in rural areas. Clemens believes that schools are the best spaces to deliver health education to young people.

He also contends that failure to incorporate gender in addressing developmental issues does more harm than good which explains Jambo Bukoba’s focus on girl-child empowerment as a core part of their strategy.

Clemens is addressing a number of related issues that directly affect young people who constitute more than 60% of the population in Tanzania. These issues include the poor quality of the education system, high rates of HIV/ Aids infections and gender inequality.

Poor Quality of Education
Although Tanzania has made significant progress in the education sector since the introduction of free primary education in 2001, much more remains to be done in terms of raising the quality of education especially in rural areas and ensuring equal access for girls.
In 2001 primary school enrollment shot up to 94% for children aged 7 to 13 years compared to a mere 59% the year before. Net secondary school enrolment has also expanded quickly from 6% in 2001 to over 30% in 2011. Despite this, indicators for the quality of education being offered in primary school show a completely different story. The national average pass rate in primary school for the year 2012 is less than 40%. More than 25% of young people between the ages of 15 and 24 years are functionally illiterate. On average, the student to teacher ratio is about 54:1 and in rural areas more than 12 children share a single maths textbook. In all of these indicators, girls are worse off than boys as are rural areas compared to urban areas.

Through his own research Clemens has identified several factors that are responsible for the poor quality of education in Tanzania.
First and foremost is the general shortage and poor training of teachers. Although the high cost of training teachers is often to blame for this, so is the lack of prioritization particularly by the government.
Second is the low motivation of teachers due to low pay, poor working conditions and overwhelming workload. Across the country, physical infrastructure for schools including classrooms, desks, chairs, toilets and playgrounds is in extremely poor state and in some cases absolutely lacking.
Finally, the importance of sports and general physical education for the individual and for the society is hugely neglected due to cultural and historical factors and is only now being addressed.

Health - HIV/AIDS Awareness
Clemens is convinced that the issue of health is interlinked with that of education and that one cannot successfully tackle either without addressing the other. Although he is well aware that the issue of health requires a holistic approach particularly through malnutrition, he has chosen to focus specifically on HIV/AIDs due to a number of facts:
that over 80% of all HIV/AIDs infections in young people globally only occur in 20 countries, Tanzania being one of them; that over 1.4 million people are currently infected with the highest rate of new infections among 15-49 year olds; and that the rate of infection is significantly higher among females than males.
The underlying reasons for this worrying situation include the fact that less than half of young men and women between the ages of 15-24 have comprehensive knowledge of HIV/AIDs. This is in part due to the fact that sexuality remains a taboo topic both in schools and at home.

Overall, young people living in rural areas, more so young women, are much more disadvantaged in terms of accessing vital information on topics such as safe sex. For Clemens, schools are the most viable spaces for providing health education which is even more effective when delivered in combination with physical education.

Gender Inequality
For Clemens, Gender inequality is a topic that underlies any development topic and in particular the education and health sectors. With regards to education, there are several indicators for gender inequality including: the completion rate for girls’ in primary school is far behind that of boys due to (and leading to) factors such as teen pregnancies, early marriage and HIV/AIDs infections.
In addition, low expectations for girls by parents and society in general lead to less emphasis in their need to succeed academically.
Moreover, teaching methods are often gender-biased with much fewer female teachers in the system than male.

With regards to health outcomes, women tend to acquire new HIV infections earlier due to their tendency to have older partners or get married earlier. In addition, cultural norms that dictate sexual behavior are often biased against women, for example it is often difficult for girls and young women in stable relationships to insist on condom use and as a result HIV infection rates among married women are significantly higher than among single women.
Finally, the culture of “sugar daddies” means that girls and young women will often accept sexual advances from older men in exchange for money, affection and social advancement.

All these factors generally contribute to higher negative outcomes in both education and health for girls than for boys. Clemens believes that one critical failure in the traditional development aid is the siloed approach to cross cutting issues such as education, health and gender which only end up creating marginal change despite significant investment by both the state and non-governmental organizations.

Jambo Bukoba aims to empower young people through sports so that they can become agents of change in the pursuit of education and better health as well as the development of their communities and country. To achieve this, the organization has developed a strategy that works at 3 levels: individual (girls, school children, teachers), institutional (schools, teacher training colleges, government ministries) and community (immediate school neighbourhood, Kagera region, Tanzania). Consequently, their operational strategy follows the three levels with specific targets and outcomes expected for each.

At the individual level, Jambo Bukoba has developed a professionally designed training program for the teachers so that they can provide “LIFE SKILLS THROUGH SPORTS” to school children. The program is delivered through specialized training workshops for teachers, professional manuals and sport materials. Clemens developed the program in partnership with the German Sports University which also sponsored a year-long baseline study in Kagera region.
In this model, teachers function more as multipliers of the program’s impact rather than simply delivering the training. Their own training model ensures that they also benefit directly from the games which are designed to boost physical, emotional and social wellbeing. They then deliver the same benefits to children in their own schools who are similarly empowered to become changemakers.

At the institutional level, Jambo Bukoba works with schools to integrate sports and physical education into the regular school timetable while also ensuring that teachers receive the support they need to implement the Life Skills Through Sports program. Additionally all schools in each district participate in a district level competition called Bonanza where the finalists win a “school project,” such as new classrooms or toilets. This model emphasizes shared responsibility in which school children play a critical role, through their participation in the games, in mobilizing resources for their own education.
In this way, Jambo Bukoba demonstrates the philosophy of “catch them young” by targeting primary school age children between the ages of 6-13 years with the aim of instigating behaviour change in a fun and sportive way.

The Bonanzas are open to the public and are usually organized as a platform for creating health awareness on topics such as personal hygiene (the importance of hand washing), public sanitation (the importance of clean toilets), healthy eating habits (to fight diseases and malnutrition) as well as HIV/AIDs.
The community (parents) also contributes up to 25% of the total cost of school projects which incentivizes them to participate in the education of their children. Parents are also encouraged to participate in school meetings so that they can add their voice to the general administration of the school.

Finally, Jambo Bukoba works with the government particularly through the Ministry of Education to ensure that the model is adopted across all public schools. The Ministry provides support for teachers, for example in allowing them to attend Jambo Bukoba training workshops without losing their salaries. Since the ministry is often under-funded, the partnership with Jambo Bukoba enables them to reach their targets thus creating a win-win situation. Working with the government also ensures that the organization continues to influence government policy in areas such as teacher training and Physical Education.
Ultimately, Clemens hopes to have teacher training colleges adopt the Life Skills Through Sports program as a standard for training Physical Education teachers across the country.

Clemens is half Tanzanian, half German, having been born to a Tanzanian father and a German mother. He grew up partly in Tanzania and partly in Germany before settling in Munich. He currently works as the CSR manager for one of Germany’s biggest banks and is in charge of the sports marketing department, a role that has enabled him to understand the power of sports through his interactions with Europen sports community and in particular Bayern Munich Football Club.

The exposure to different education systems in Tanzania and Germany stuck to him as an important social justice problem, one that he would later come to solve through Jambo Bukoba. After finishing high school Clemens opted to do community service in a hospital rather than join the army. He later joined the banking industry where he introduced the concept of sports sponsorship and brought in over 2bn Euro in savings and more than 50,000 new customers.

The death of his father brought Clemens back to Tanzania where his passion for education and community service was reignited leading him to start Jambo Bukoba while still working full time at the bank. Mid last year (2014) Clemens decided to leave the bank and focus 100% on growing Jambo Bukoba whose model has now been tested and proven to work in Kagera region of Tanzania. His goal is to spread the innovation across the country and lay the ground work for cross-boundary adoption.