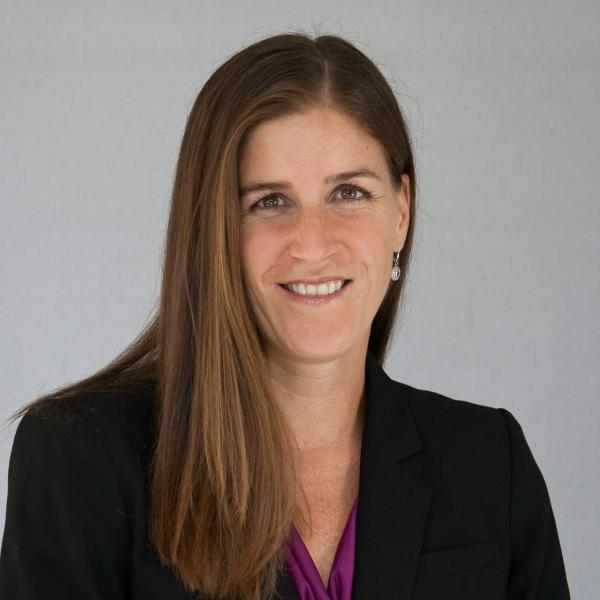 Check out this video of Christa's work:

Christa Gannon is reducing juvenile incarceration and recidivism rates and changing the culture of the juvenile justice system by getting the system to listen to young people and turning it into a place of transformation for troubled youth.

Despite various efforts to make the system rehabilitative, the punitive environment of juvenile justice tends to plunge troubled young people further into hopelessness and crime. Christa decided to take a different approach: She listened to the young people caught in this vicious circle, found out what they needed, and provided it. Adapting evidence-based practices in youth development to a previously unconsidered population, juvenile justice youth, she equips this neglected population with a positive, supportive community and the tools they need to imagine and pursue productive futures for themselves. A combination of legal education, mentorship and leadership development helps make the criminal justice system intelligible to these young people and empowers them to shed the “delinquent” label attached to them and change their behavior.

At the same time, Christa gives the system what it needs. By presenting a cost-effective alternative to incarceration, and one that has demonstrated a transformative effect on young people, Christa is showing the juvenile justice system a better option. Leveraging the status that her organization, Fresh Lifelines for Youth (FLY), has attained among judges, district attorneys, public defenders, and probation officers, Christa supports young people in the system to serve as reform consultants to these various players. This approach both aids leadership development of the youth and shows the system actors how listening can help them do their jobs better. By serving both young people and the system that previously has failed them, FLY is helping to build a juvenile justice system that is not only rehabilitative, but transformative.

The juvenile justice system aspires to be a rehabilitative system that focuses on the best interests of children, even while it protects public safety. But it has struggled to achieve either of these goals to great effect. While most young people who come into contact with the juvenile justice system are not chronic offenders, those that get far enough into the system tend to keep coming back. National statistics show that nearly 60 percent of persons referred to juvenile court return before they reach the age of 18. Of those under state custody, 55 percent are rearrested and 25 percent reincarcerated as juveniles or adults. Twenty percent return with more serious offenses. Approximately 15 percent of youth on probation are readjudicated for offenses committed while on probation. California has some of the most dismal statistics. According to government data, California arrests 237,000 youth annually and has a 70 percent recidivism rate for incarcerated youth, within three years of release.

Most juvenile dispositions include a period of supervised probation, along with other requirements such as counseling, drug treatment, or community service. Though probation rates have declined over recent years, in 2003 in California, nearly 179,000 juveniles received probation dispositions, at an estimated cost of $8,000 per probationer. Incarceration costs are even higher, and overcrowding is a problem. In a 2002 national study, 36 percent of responding facilities reported more residents than beds.

Though many “juvenile delinquents” want something better for their lives, many adults have given up on them. In response, juvenile justice youth have given up on themselves. Many of these young people assume they will be dead or in prison by age 21. These outcomes seem inevitable because they grow up in communities with revolving doors into prison. Family members, friends, and neighbors come and go, such that prison becomes a rite of passage. Studies show that 9 out of 10 incarcerated youth do not have positive adult role models in their lives; 8 out of 10 have experienced significant trauma, whether being subjected to serious physical or emotional abuse or witnessing violent crime; and 8 out of 10 do not have the developmental resources they need to make healthy choices.

Yet the general public perceives of them as predators and a threat to public safety. As a result, the system has often taken a “get tough” approach to get these youth off the streets. But research shows that detention can have the opposite effect of making it more likely that young people will re-offend.

Various juvenile justice reform efforts have emerged over the years with different objectives, including reducing racial inequality in the system, reforming detention policies and addressing substance abuse among juveniles. All are contributing to developing a better system, but the voice of juveniles themselves has largely been left out of the conversation. Where young people are being asked for input, the effect is limited because it is done outside a context of trusting relationships and support for the young people to develop the assets they need to productively participate in the conversation.

Leadership development programs that take a youth-led approach are plentiful for disadvantaged young people with potential, but in the juvenile justice system, the approach has been very clinical and service-delivery-oriented. Juvenile justice youth are generally considered damaged persons in need of treatment. When perceived in this way, they are not empowered to overcome the obstacles to behavioral change. By making leadership development work for juvenile justice youth, Christa is showing that “juvenile delinquents” have just as much potential as their peers.

FLY focuses on three different groups of people that are critical to achieving its vision: Young people in the juvenile justice system or at risk of ending up there, FLY’s own staff and volunteers, and the juvenile justice community. The result is transformed young people, a community that supports youth in the system, and a more effective system.

FLY’s direct programming with young people consists of legal education, mentoring, and leadership development. The legal education program equips them with the information they need to make better choices about their behavior and activities. Most young people do not understand the nuances of the law and its consequences. FLY conducts law classes with teenagers throughout the juvenile justice system. They teach them about the law, their rights, and the differences between various crimes and their consequences, while also helping them build skills in empathy, anger management, and problem solving.

Through these classes, FLY identifies from among teenagers on probation those who can most benefit from more individualized attention and supports them with mentors and leadership training. For one to two years, they have the support of FLY staff and a community of their peers to help them set and achieve personal goals. They create and execute service-learning projects that allow them to develop the leadership skills they need to transform their own lives and make a difference in the lives of others. These teenagers also serve in an advisory capacity to FLY, providing their input on program design and improvement. The program has provided a family environment for many young people who have lacked positive support from their own families, created a ceasefire zone among rival gang members, and put numerous teenagers on a path away from the criminal justice system and toward college, jobs, and community service.

While transforming the lives of individuals caught in the juvenile justice system, FLY is also building a community of people committed to these youth and capable of making a difference for them. Christa carefully selects staff, board members, and volunteers who have both compassion for them and high standards for achievement. FLY uses law students to help teach its law classes and serve as mentors, instilling an ethic of public service in the next generation of lawyers. It also brings in community volunteers to work alongside the program youth in their service projects, thus changing perceptions of probation youth.

Finally, FLY takes a customer service approach toward the system it is trying to change. Christa has positioned FLY as a solutions-oriented ally to the various players in the juvenile justice system. At the most basic level, FLY relies on the probation office to fill its programs. It provides probation a service by giving it a place to send its charges. By providing a program that delivers results, FLY gives probation officers and judges a reason to avoid the costly alternative of incarceration. FLY has won the system’s trust through its collaborative and effective approach.

As a result, FLY is repeatedly invited into discussions of system reform, and it has developed a youth-centric consulting model to assist this reform. Santa Clara County called in FLY to help it address a 40 percent recidivism rate at its juvenile detention facility. FLY designed a workshop for youth at the facility to research, analyze, and present solution proposals to the county. The county took the recommendations and reduced its recidivism rate to 7 percent. FLY has used a similar process to assist the Public Defender’s Office in learning how it can better serve its clients. As a result, not only is the culture of the system changing, it is becoming more effective, and it is the young people themselves who are guiding the shift.

Decreases in government funding and increased criticism of failure rates have juvenile justice systems around the country looking for programs that provide a high return on investment, thus presenting an opportunity for FLY. FLY currently serves over 3,000 young people a year in Santa Clara and San Mateo Counties. The juvenile justice systems in other counties have already begun requesting FLY’s services, and Christa is making plans to replicate in Oakland and Sacramento, two large cities with a critical mass of young people on probation. FLY will use the lessons from these replication efforts to determine how it can best catalyze the idea nationally.

Christa was molded from an early age by the two very different personalities of her parents. Her father, an air force pilot in Vietnam and a corporate executive, instilled an ethic of discipline, focus, and dedication, characteristics honed by Christa as a collegiate athlete. Her mother, a special education teacher, taught her compassion and empathy. The combination of these characteristics has shaped her as a leader and defined the culture of her organization. But it was some early transformational experiences that shaped the vision that those characteristics would ultimately serve.

When she was 16-years-old, Christa’s best friend was raped, and she became determined to be a district attorney. But when she got to law school, she signed up to teach the Fourth Amendment at juvenile hall, and her life path changed. She saw something powerful happen as the group of Chicago kids she taught developed into a community where even gang loyalties relaxed. She was personally transformed by the experience of hearing them long for something better than what they saw ahead of them. Christa transferred to Stanford Law School after her first year but took her juvenile hall experience with her. She started a Street Law program at Stanford, similar to the program in Chicago, to teach incarcerated and other at-risk youth about the law. But this time, Christa built her own curriculum and was soon being asked to speak about it at national conferences.

While working with juvenile justice youth in California, she listened to them in a way others had not: What did they need to get out of the system and pursue better futures, and what could she do to help them? They came up with the programs that became the core of FLY’s work. With a Soros Foundation Fellowship, Christa traveled around the country to see what else was being done for young people in the system and found very little for youth on probation, a population that most organizations were avoiding. She started with a crew of volunteers and a conviction that “juvenile delinquent” teenagers could change their own lives and change the system, if adults would just give them a chance.