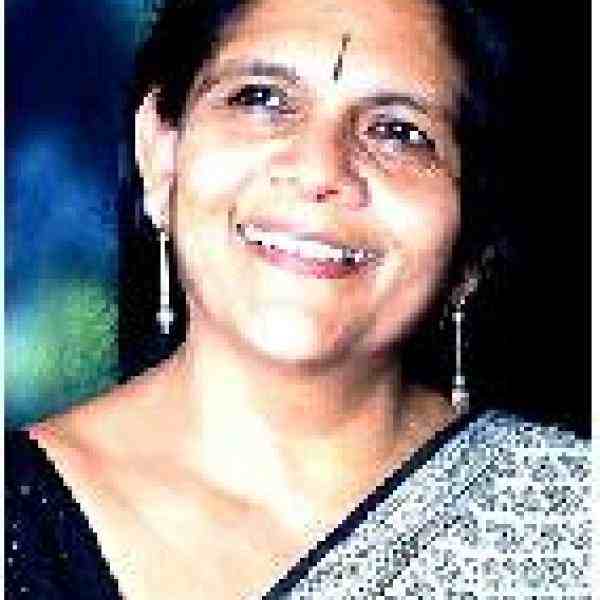 Chetna Gala Sinha is empowering women in drought prone areas of rural India by inculcating entrepreneurial skills and providing them access to land and other means of production.

Chetna Gala Sinha, an experienced farmer, is establishing the various elements necessary to develop a culture of microenterprise among women in the inaccessible, drought-prone areas of Maharashtra in Western India. Her plan has strategic components to allow access to cattle and land, hone entrepreneurial skills, increase earnings, and develop local markets.

The main component of Chetna's design is a Women's Bank (Mahila Bank). At a time when microcredit schemes have become a cornerstone of development policy, one of the distinctive qualities of her bank is that it does not confine itself to making loans but also puts into place the infrastructures needed to develop entrepreneurial success and assets among women. It also has established creative measures for bringing money into the bank as well as lending from it. The Bank is the vehicle through which women in this drought stricken area can develop their learning potential so that remaining in their rural area becomes a more viable and sustainable option. It also reduces their dependence on their men-folk, who migrate in large numbers in search of employment when the land fails to support them. Women have historically been the repositories of traditional skills and, as a result of migration from rural areas, have emerged as the de facto wage-earners for their families. The Bank sponsors projects that emphasize these traditional skills and make them more effective through the introduction of technical assistance. In the process, the women in this area have achieved a comprehensive improvement of their potential as equal participants and decision- makers in the market, the home, and local government.

Mann Taluka (an intermediate administrative unit between a district and a village), in Maharashtra state, receives enough rainfall to support cattle rearing, but not profitable crops such as sugarcane and cotton. The area was known for the good quality of its animals, and the cattle market in the main town of Mhaswad attracted buyers from all over the state. However, poor central planning by the government led to the development of industries such as textile and sugar mills. Because of shortages of electricity and water, these industries did not really take hold, and the people in the rural areas, who no longer had access to common lands to graze their cattle, were forced to migrate elsewhere in search of work.

Although women in rural Maharashtra are known for their skills in animal husbandry and the marketing of animals, over time they have been gradually alienated from the market place and rendered asset-less. Despite the fact that the burden of earning the family income and, more largely, maintaining the overall health of the village economy falls to the women, they lack both resources and vital linkages to the market. Removed from the process of production and reduced to the status of laborers, they become powerless in the social arena as well, especially in the panchayats (local self-government bodies). The government passed a new law in the early 1990s requiring that 30 percent of all panchayats be made up of women. Consequently, there is a surge in the number of women being elected to the panchayats or the local self-governing bodies, but neither the women nor their male colleagues have adequate training for their new responsibilities.

Chetna began by working with women from the shepherd community, since they had the most available cash and the largest deposits in local banks. She gathered a small group of women and started a savings and credit project with a revolving fund from a local credit cooperative. Instead of drawing loans in the form of credit, the women bought goats. This helped them to increase their working assets. The success of this program spread with the District Cooperative Bank taking up the scheme at the policy level for implementation. Chetna then conceived the idea of a bank that would not merely make financial support available but would also create the infrastructures and training necessary to make lasting economic changes for women.

The Mahila Bank was set up with 25 members from 235 villages. Chetna mobilized a paid-in capital of Rupees 100,000 (approximately US $2,400), an unusually large sum in terms of deposits and savings, and enough for the bank to get recognition from the Reserve Bank of India (the Federal bank that regulates the banking industry in the country). The Bank is structured in such a way that policy decision making rests with all the shareholder members, who meet every six months.

The Bank forms groups and sponsors activities that will be profitable, keeping in mind the skills and resources of the women concerned. It does surveys of local markets and determines which products are profitable and can be easily used as a basis for economic activity. For example, the bank has organized groups of vegetable vendors and provided training on how to grow vegetables without using expensive pesticides and fertilizers. Factors such as water use, balance of nutrients, seed management, and recycling of waste are discussed during the training session, and women with traditional skills and knowledge in this area are invited to participate. The Bank has also provided support to manure making, or "creating soil" as the women call it. Crop residue is collected, mixed with other farm waste and water, and then fermented in the sun. In a return to traditional methods, the women have experimented with using different mixtures for different crops, though with the advent of chemical fertilizers, use of the same formula for all crops has become commonplace. Similarly, seed banks that promote local varieties and work to develop pest resistant strains are also supported.

To facilitate cash flow for the banks, Chetna has introduced several novel schemes, including one in which people can pay their electricity bills through their bank accounts without having to go all the way to the electricity board and wait in line. She is also working at the government policy level to channel grants to be routed through the bank. At another level, she is working with related national institutions such as rural universities and the Wasteland Development Board to change their perspectives and policies regarding women entrepreneurs and financing in the fields of animal husbandry, fodder cultivation, and farming.

Along with economic empowerment, Chetna has founded a second organization, the Mann Sub-district Organization for Societal Progress, to carry out campaigns in other areas. To support women's effectiveness in the panchayats, the organization has organized training camps in eleven subdistricts on effective government. An antiliquor campaign organized by Chetna resulted in the closing down of liquor shops in two villages. She has organized meetings with village governing bodies to discuss property rights for women, who are often unable to assert ownership and control even when, as in one village, Walai, nearly 60 percent of the women have property in their name.

Chetna is convinced that the Bank will show other regular banks that financing of rural women is a viable and profitable option. As these schemes become more viable, Chetna anticipates a 50 percent reduction in the migratory trends in her region.

In virtually all aspects of her life, Chetna has exhibited an independence of thought and a passionate commitment to her work. She went against certain traditions of her middle-class family background by insisting on completing her education and waiting until she felt ready to marry. She also shifted from a hectic urban lifestyle in the country's commercial capital of Mumbai (Bombay) to a drought-prone, rural district in order to pursue a career in farming. In farming, Chetna experienced firsthand the difficulties facing women: their inability to access financial support, ensuing debt, and the fact that they are not treated as viable entrepreneurs. The wisdom she obtained from her own experiences in farming gave her a frame of reference that accurately reflects the concerns of the average poor rural women and her family. In this way, Chetna has been able to put her personal and family business experiences to good use in envisioning her current project.