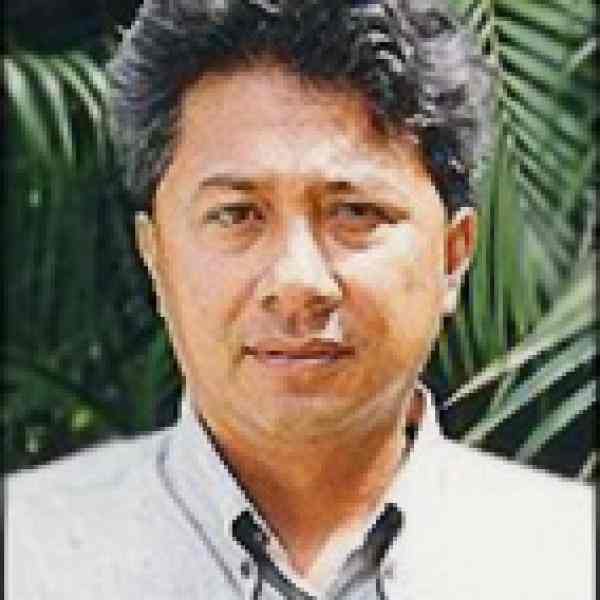 A well-known social activist in Thailand, Chatchawan Thongdeelerd is uniting professionals from various sectors to design and implement solutions to pressing social problems.

In each of Thailand's four regions, Chatchawan is mobilizing professionals from various sectors&#150;business, government, academic, civil society, religion, media&#150;to collaborate in developing fresh solutions to enduring social problems. He is creating relationships that allow civic-minded professionals an alternative to passively funding annual campaigns. They can lend their expertise, resources, and fresh analysis to social problems, thus participating more fully in solutions. No longer confined by the traditional, one-way donor-grantee relationship, they can unite their skills and resources in realizing social objectives. In addition, Chatchawan is encouraging professionals to collaborate in designing regional strategies for tackling pressing problems. The next step will be distilling these ideas into a set of concrete proposals to aid in the design of a national social policy, called the People's Plan, which is encouraged under Thailand's new constitution.

Chatchawan sees a tremendous opportunity to unite the efforts and resources of professionals in various sectors in identifying solutions to Thailand's pressing social problems. According to Chatchawan, members of these various groups seek similar social objectives but often do not collaborate in ways that maximize their skills, networks, and financial resources. Indeed, there is often a subtle undercurrent of skepticism, even antagonism, among the groups, as social workers may denounce corporate interests and professionals in such fields as business and finance may view civil society efforts as sporatic, local, and ineffective.

Contributing to the problem, the public perceives that civil society organizations quickly point to problems without proposing viable, long-term solutions. As CSOs tend to focus on a single target group, outsiders often see them as ineffective in bringing about lasting change at a broad level. For example, until recently, many cultural preservation activities took place on such a small, local scale that they escaped broad public notice and, therefore, support. Although the civil society sector in Thailand is active, it has limited capacity to solve large-scale social problems.

Initially, Chatchawan conducted several pilot projects to join groups of professionals in realizing common social objectives. For one such project, he took a group of professional artists and writers from the northern capital city of Chiang Mai into a nearby rural area. The group spent time with the villagers, an exchange that resulted in the production of paintings and stories depicting the lives and rich heritage of the rural people. Proceeds from the sale of these works were invested in an organization that encouraged environmental preservation at the community level.

With several small-scale successes behind him, Chatchawan began developing broad and lasting partnerships. He successfully encouraged Buddhist monks, the most influential members of Thai society, to expand their role in cultural preservation activities in northern Thailand. Now, in addition to organizing a cultural festival with local groups every spring, the monks have committed their ongoing support to the preservation of local wisdom through education. In addition, Chatchawan has helped various professional groups in his region identify a social activity, then invest their expertise and resources in spreading the activity's impact beyond the capacity of local community organizations.

In perhaps the most successful collaboration to date, Chatchawan's civil society network and their partners–professionals in various sectors–have organized the Lanna (Northern Thai) Cultural Festival in Chiang Mai. Chatchawan has received ongoing support from influential collaborators, including the governor of Chiang Mai province. The Tourist Authority of Thailand has publicized the event through its own media networks. Academics in Chiang Mai and Bangkok who began helping Chatchawan with the design of the annual festival now contribute to ongoing cultural preservation activities. In its forth year, the Festival has paved the way for groups in other regions to host traditional festivals, using Chatchawan's approach and drawing support and participation from all sectors.

Chatchawan encourages socially concerned professionals from different sectors to come together in groups, identify issues that interest them, and develop innovative solutions. In northern Thailand, he convenes groups to develop a regional People's Plan for inclusion in the national social policy. He hopes this united approach, involving professional groups and civil society organizations, will become a natural, routine response whenever new concerns and needs arise.

To share information with professionals outside the North, Chatchawan is helping to organize a national news network to provide well-researched information about civil society and community activities for distribution by national media. Once local professionals in each region are informed of current social issues, they can more easily identify those problems that most deserve urgent attention.

Born in 1957, Chatchawan grew up in a rural community that actively promoted local traditions, even going so far as to build a museum devoted to the preservation of local cultural history and knowledge. As a university student at Thammasat, one of Thailand's leading universities, Chatchawan studied law and economic theory and participated in the student-led democracy protests of the 1970s. Following the government's violent suppression of the movement in 1976, Chatchawan helped revitalize the student reform movement. Also during his university years, he initiated a program at Thammasat that paired student volunteers with residents of Bangkok's slums and rural farming communities. These activities helped connect the country's future leaders with the real needs of Thailand's most disadvantaged populations.

Chatchawan has worked in the civic movement for the past twenty-five years and has founded prominent civil society organizations, including the Northern Social Development Workers' Network and NGO-COD, a national coordinating body of regional civil society networks. He has gained widespread recognition for his work, including an Ashoka Citizen Base Initiative award for enlisting support from artists and writers for the Community Loves the Forest group. Chatchawan is a prolific writer and speaker in Chiang Mai, where he lives, and across the country.