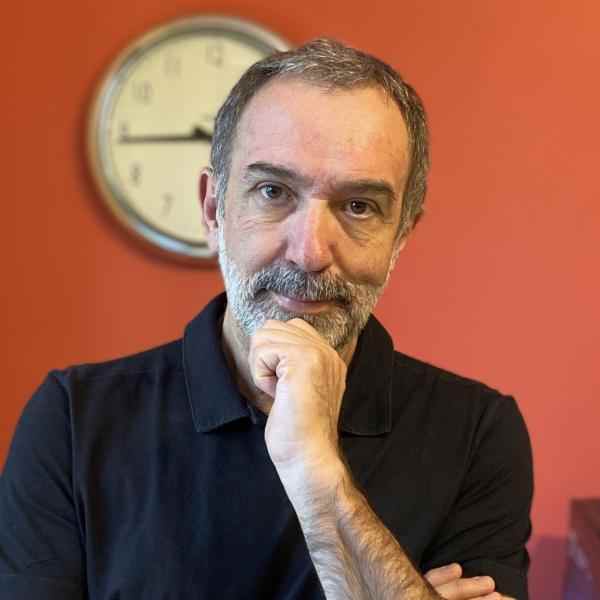 Celso Grecco’s Social Stock Market builds social investment mechanisms directly into the structure of Brazil’s largest stock exchange. The first of its kind, BVS pairs the financial efficiency of the stock market with the social demand for private investments.

Celso harnesses the structure of existing financial markets to generate new avenues for social financial investment. Celso has created a Bolsa de Valores Sociais (BVS), or Social Stock Market, that operates within Brazil’s largest stock exchange, Bovespa. Celso offers investors a portfolio of certified, credible social investment opportunities. Investors measure their return in social impact, holding citizen organizations (COs) accountable through regular progress reports.  All 30 organizations initially posted for investment have been fully funded, representing US$2.2 million. Celso uses the structures and tools of the existing stock exchange to channel capital to the social sector with efficiency, credibility, and transparency absent in current philanthropic avenues. By demonstrating the social impact of investments, the BVS is creating a willing culture of social investment amongst businessmen and women. Moreover, translating social investment directly into the realm of business investing eliminates the perception that philanthropy is the same as charity.

Current philanthropic practice in Brazil and much of the world still views social investment as paternalistic charity. Major social change is considered the government’s responsibility and individuals contribute financial resources in a sporadic and unsystematic manner. The existing system does not require transparency from social organizations, nor does it effectively relay the impact of invested dollars back to the investor. Citizen organizations, especially those beginning their work, find attracting capital extremely difficult. They must compete against each other for limited resources and bend their work to the interests of investors. Meanwhile, the full power of the private sector to contribute to solving this problem has not been realized. Initiatives such as the United Nation’s Global Compact seek to encourage private initiatives that promote responsible corporate citizenship, leading to a more sustainable and inclusive global economy. But financial markets, which form the core of all business activity, remain unconnected to these efforts. On a global scale, the great challenge for building social capital markets is confronting the strong resistance of existing financial markets. Some stock markets, especially those in developed countries, see these activities as outside their realm of responsibility. Many businessmen and economists claim that participating in sustainable development is part of the state’s role, not that of the stock market.

The mechanism for BVS is simple. Interested organizations complete an application explaining their mission and financing needs. Celso and his team of education and social sector specialists evaluate the candidates against a set of pre-defined criteria including the scope of the project and its potential for impact on the client community. Thus far, 900 applications have been received. Eventually the team conducts site visits and ultimately selects 30 COs to participate at any given time. A council representing diverse elements of civil society, government, international institutions, and Bovespa then ratifies the choices. Celso has recognized the immense gap in language, culture, and understanding between financial markets and the social sector. To overcome this barrier, he modeled his social investment platform directly on the Bovespa (Bolsa de Valores do Brasil) stock market. Financial investors otherwise unfamiliar with the social sector feel comfortable working in this style. Celso’s strategy elevates the projects’ transparency and credibility. Investors see their social investment as a business opportunity—BVS uses the term “social profit” to denote social impact—and COs receive much needed funding.Of the 30 initial recipient organizations, 13 have received their full funding; creating space for new organizations on a rotating basis. Bovespa transfers funds directly to the organizations, which are then responsible for continued reporting over time. Information on progress and impacts realized by the recipient CO is posted on the Bovespa website. Bovespa covers all of BVS’s cost, which is approximately 400,000 Reais (US$200,000) annually.BVS’s success in São Paulo highlights the model’s power to transform the relationship between the market, investors and the social sector. BVS has generated almost 5 million Reais for COs since its inception. This success is generating positive national and international opinion, which is essential to Celso’s long term aim of replicating his model in other stock markets. Beyond the Bovespa partnership, Celso sees the importance of endorsement by other international groups including the United Nations. A recent UN case study on BVS affirms the project’s importance and makes BVS a reference for other stock markets around the world. Bovespa has expressed interest in supporting expansion to other countries. The BVS model was replicated in June 2006 in South Africa by a local CO, Greater Good, in partnership with the Johannesburg Stock Exchange. By replicating the project in other stock markets in Latin America, and the world, Celso’s work has the power to transform inefficient fundraising practices in civil society while creating a new avenue for social financial investing. Nevertheless, attempts to introduce the BVS model in other stock markets have proven difficult, despite endorsements from the United States and the Brazilian government. Celso is therefore beginning to seek likeminded organizations and individuals in other countries to champion this idea in their own societies. The UN has demonstrated a commitment to assist and negotiations are underway with a stock market in Mexico. Finally, Celso is creating a Social Economic Forum—a marriage of the World Economic Forum and the World Social Forum—to develop the relationship between the social sector and financial markets. Celso believes these two worlds, now so far apart, must open a dialogue and search for new means of cooperation. BVS is just one example of the power of joint action.

Celso grew up in Campos do Jordão, a city in the interior of the state of São Paulo. Due to the financial conditions of his family, Celso had to start working at the age of 12; his first job was as an office assistant. Celso left his house at 14 and went to live in São Paulo city, where he spent a majority of his adolescence with his uncles. It was during this period that Celso first participated in volunteer activities, collecting and taking clothes and food to the patients of a mental hospital and helping with a project for children in the favelas.Celso became interested in and began studying journalism while working at a local magazine. And while he never finished his journalism studies, the experience allowed him to realize that one of his great skills was the ability to sit down and hold objective discussions. In Rio de Janeiro, he began working with publicity agencies which covered the Brazilian financial market. After studying direct marketing in London for two years, Celso returned to Brazil and opened his own agency attending to businesses and social organizations. At the same time, Celso co-founded the Village of the Future, a social project for youth in high risk situations in Americanopolis; this project was well recognized in the social sector.In 1999, Celso sold his agency in order to create another business, Atitude, to help transform the social investment culture within the financial and business worlds. By selling his business, Celso had enough to guarantee 3 years of financial sustainability in order to develop his goals. It was then that he created the project BVS to work inside of Bovespa. After 3 years, through the experience of BVS, he is now transforming his business into the Social and Environmental Institute. With this transformation he aims to acquire more legitimacy with the social sector and amplify his work and partnership in this field—contributing to the strengthening of the social sector through deeper participation from the private sector.