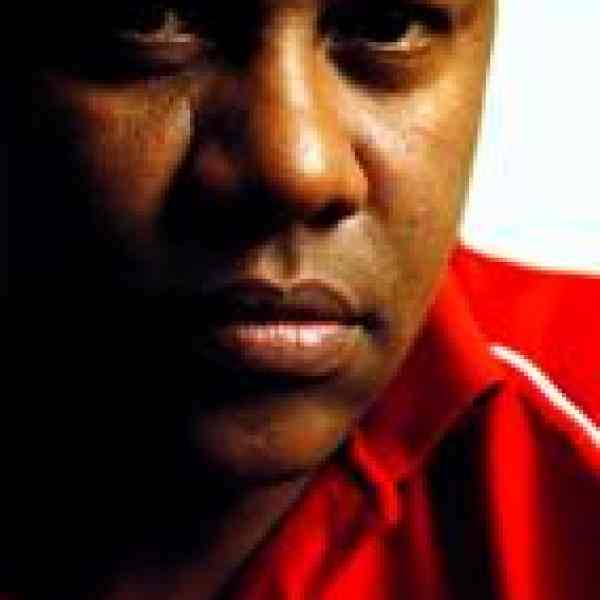 The residents of Brazilian slums, or favelas, live in an environment plagued by poverty, violence, and unemployment. Celso Athayde is enabling young people of the favelas to become centrally involved in changing their communities for the better.

Celso believes that the lack of empathy and understanding from outsiders remains a big obstacle to long-term improvement of life in the favelas. He has created a youth-led audiovisual production program to employ young people and show them an income outside the growing illegal drug market. In his Unique Favela Center (CUFA), young people produce movies and music to communicate the realities of favela life to the rest of Brazil. Books and movies created by the community are disseminated nationally as part of a campaign to help all Brazilians understand what life is like in the favelas. Through this audiovisual art, young people gain a sense of social responsibility and learn about the creation and implementation of public policies. CUFA’s programs provide young people with an opportunity to contextualize their experience in the larger culture, to discuss favela life, and to brainstorm strategies to overcome the obstacles they face. Celso has created mechanisms for communication with the government to integrate these strategies into public policy.

Roughly one-third of the Brazilian population lives in favelas, with 1.3 million favela residents in Rio de Janeiro alone. The growth in the slum population is due in part to migration from rural to urban areas of people in search of a better life. Unfortunately, life in the favelas is, on the whole, far worse than life in the countryside. Residents have fewer health benefits, lower life expectancies, poorer education, and fewer employment opportunities. Young people are the primary victims of violence in the favelas. The Brazilian Institute of Geography and Statistics reported that between 1991 and 2000 the number of homicides among young people increased by 76 percent. In 2000, almost 40 percent of the homicides in Brazil were of youth between the ages of 15 and 24. Furthermore, unemployment and the rampant drug trade—an illegal but often lucrative alternative to the legitimate market economy—are twin problems in the favelas. Interventions by government and social organizations are largely ineffective because they leave favela residents out of the planning and implementation process. As a result, projects are often unsustainable and poorly suited to local needs. Compounding this problem is the lack of understanding of favelas among the Brazilian population. Language barriers between outside actors and favela residents impede communication and understanding, particularly given the complexity of problems.

Celso believes that profound change in the favelas can only happen if residents are centrally involved in planning and implementing solutions. Celso is transforming life in the favelas through three important strategies: the creation of activities that educate inhabitants—particularly young people—about their social environment and empower them to be agents of change within their communities; the development of a market economy that generates employment opportunities for a significant portion of the local population; and communication with Brazilian society about favela problems and possible solutions.Celso founded CUFA in 1998 with the aim of creating an organized community movement and developing the momentum and leadership necessary to transform the favelas. CUFA’s aim is to engage and empower young people who have both the energy and the capacity to inspire change. CUFA uses hip-hop, one of the most popular pastimes among favela youth, as a tool to foster dialogue that helps young people formulate opinions about social problems and propose solutions. CUFA focuses on music and video composition and on production of albums and films. These media forms give voice to young people’s experience and empower them to take on difficult social issues. Through the culture of hip-hop, young people involved with CUFA assume a new role within the community, proposing solutions for revitalization and seeking partnerships outside the favelas that will, ideally, change the larger society’s vision about favelas and break down stereotypes about their inhabitants.These programs are made more effective by CUFA’s production and distribution components. Celso believes that concentrating solely on individual empowerment is not enough to transform the favela, as a formal market must be developed to counteract the powerful influence of the drug trade. As such, CUFA trains young people in the commercialization of products. For example, in their audiovisual class, these young people created the highly popular film, Falcon: children of the drug trade. This film exposes the gravity of the problems facing the favelas, particularly where children and young people are involved in the world of drug trafficking. This film raised the discussion of the problem to a national level.Celso involves a large network of external actors, including well-known hip-hop artists, who speak about the importance of bringing favela culture to the public. These role models inspire participants to continue the discourse around favela life in a dialogue with the larger society. In addition, CUFA’s courses give students the tools for active citizenship, teaching them about social policies and empowering them to take action to improve favela life. These youth programs make their participants the cultural ambassadors of the favelas, helping to change society’s misconceptions and prejudices about the people who live in them.Celso organizes an annual hip-hop cultural festival called HUTUZ. This event offers CUFA greater visibility, giving it the leverage it needs to communicate with Brazilians outside the favelas and to propose solutions to problems inside the favelas. Celso also created the country’s first street basketball league, incorporating another popular activity in the favelas. In 2006, this league was featured on the calendar of the Ministry of Sports of Rio de Janeiro and will be entering the Pan-American league in 2007. Using the same approach that he employed with hip-hop, Celso created this league not to promote sport, but to enable young people.Celso is also involved in aligning public policies with local needs. CUFA occupies two seats on the National Secretary of Youth, assisting in the design and implementation of government programs for young people with a focus on favelas. After the completion and success of the Falcão film, Celso presented the Brazilian president and federal ministers with 11 proposals created by favela residents that included policies for job creation, income generation, and recovery of citizenship. The government decided to implement these projects with Celso’s help and created a team including three other favela-focused social organizations to help implement them. Celso also collected a million signatures to institute November 4th as Day of the Favela in the state of Rio de Janeiro.In Rio de Janeiro, CUFA works with 2,000 people in Cidade de Deus, 2,600 people in Jacarezinho and 400 in Acari. Additionally, CUFA chapters are present in 20 Brazilian states. These CUFA chapters share common principles and values, prioritizing courses on citizenship, ethnicity, entrepreneurship and income generation. As the central idea is for people to gain autonomy, each chapter has flexibility in the projects and activities it develops. Celso’s current goal is to systematize his program and assure best practices are being followed. To this end, he received technical consultation from the Training Institute, which helped him to raise funds to create an administrative team of 24 people.Celso’s work has inspired a profound transformation in favelas by empowering young people. These individuals become more confident in producing and implementing projects that positively impact their communities. Furthermore, the music, literature and video that they produce allow them to communicate the reality of their lives. This, in turn, helps to change society’s perception of favela residents. Celso’s methodology transforms public policies designed for these regions and creates a market economy that alleviates the financial hardships of the favelas.

Celso grew up in the favelas and was exposed to violence and misery from a young age. Starting at age six, Celso and his brother César lived with their mother, Mrs. Marina, on the street. Their life was one of constant hardship and struggle. Yet Celso had lived in a house and held onto the dream of one day escaping the streets. Due to the influence of a local community leader, Celso became interested in politics and the outside world, and at age 14 began to learn to read and write. He also worked as a street vendor, and eventually saved up enough money to help his mother buy a house in Madureira. He began to organize the other street vendors in the area, and worked with government and security forces to keep the streets safe and crime-free.As he mobilized the community, Celso was exposed to hip-hop music and culture and consequently came to a new understanding of his identity as a black man. He began to consider why people live on the streets, to think about the root causes of poverty, and to question why the majority of homeless people are black. Celso’s exposure to hip-hop music dramatically changed the way he saw society and life in the favelas, and he sought to bring others to political and social awareness through the same means.In 1998, Celso created Central Única de Favelas in Madureira with the goal of inspiring political awareness among favela residents. In 1999, the organization released the first album of MV Bill, who later became the most popular rapper in Brazil. Since there was no hip-hop music store in Rio de Janeiro, Celso and his team did not have a way to distribute and sell their discs. They opened a hip-hop music store to solve this problem and set up marketing and distribution in the favela.In 2004, Celso traveled throughout Brazil visiting favelas and getting to know the day-to-day reality of young people in slum communities. His travels resulted in a book and film that exposed the drug trade in the favelas and the involvement of children in this illicit market. These became the first media products of CUFA.