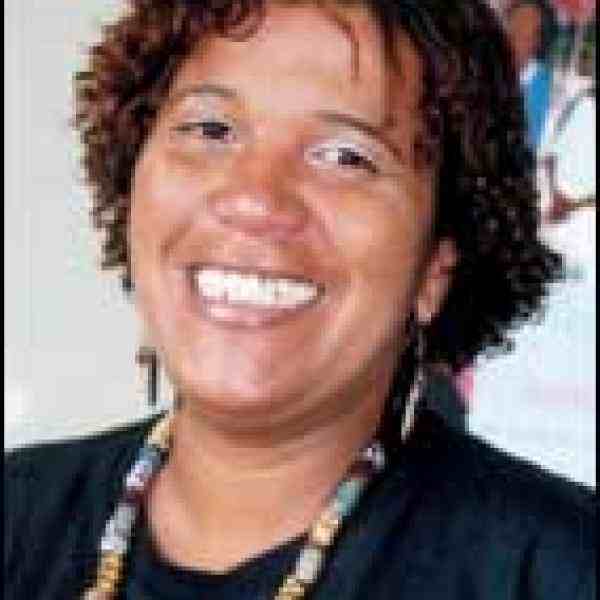 Brazil is home to a unique cluster of religions imported in colonial times by African slaves and blended with native Brazilian mysticism. For years, these religions have led a peaceful if marginalized existence, but a new radical evangelical Protestant movement is sweeping the country and threatening to strangle these old faiths. Most Brazilians consider the issue to be only spiritual and thus the sole domain of the church, but Celia Goncalves is working show that this religious intolerance also impinges on fundamental human rights.

For many Brazilians, the spread of Protestantism and the fate of African religions is a religious issue. At national and international congresses and events on religion, Celia shifts discussions away from arguments about the correctness of the opposing religious doctrines, instead focusing on how the suppression of alternative faiths violates fundamental human rights. She is establishing an equal place for African-based religions at local and global policy forums to combat their unequal treatment and to counter the rising political influence of evangelicals in Brazil.
Adherents to these African religions conduct services in holy spaces called terreios. Most terreios are not officially registered with the government as religious sites, making it easy for Brazilians to ignore the existence of African religions and accept their marginalization. Unregistered terreios are also ineligible for government benefits. Celia brings terreiros out of the closet by getting them officially registered, thus making them both visible and able to access public services.
Celia also is harnessing the power of the black vote in Brazil, by raising voters’ consciousness and by making black candidates aware of and accountable to the concerns of their constituents, especially with regard to religious pluralism. By doing so, she is securing a seat at the government table when public policy and funding issues relevant to practitioners of African-based religions—and the general black Brazilian population—arise. Celia sees organizing and unifying Afro-Brazilian religious communities and seeking political changes to ensure equal treatment as a vital step in confronting economic and social racism in Brazil.

Although Brazil is an overwhelmingly Roman Catholic country, Afro-Brazilian faiths have existed for centuries on the margins of society. Today, these religions are facing extermination by a powerful evangelical movement that views them as satanic cults. Ministers aggressively rail against them from the pulpit, while ordinary people attack them via street level picketing. Politicians, bending to the will of this powerful new pressure group, are beginning to pass unfavorable legislation against African religions.
Brazil’s constitution provides for universal religious rights, but local laws and practices often contradict this principle. Practitioners of African-based religions have difficulty in ensuring the most basic respect for their religious rights—from tax breaks for religious institutions to access to basic electrical and sanitation services—because their terreiros are not officially registered. Catholic and evangelical control of the process of registering religious places of worship throughout Brazil makes it difficult for practitioners of African faiths to get their worship houses recognized. As a result, the number of terreiros steadily declines, particularly in cities like Minas Gerais, state capital Belo Horizonte, and Salvador, the capital of Bahia state. In Belo Horizonte state, the number of terreiros has dwindled to less than 200, while in Bahia, the center of Afro-Brazilian culture, they now number no more than 600.
The major reason for this discrimination is that the country’s Christian population views African-based religions as illegitimate cults, undeserving of the same respect as mainstream Christianity. Efforts to save African faiths have so far been limited to the purely spiritual and religious realms. Because the marginalization of African religions is considered a spiritual concern rather than a political one, many Brazilians fail to recognize this as a violation of “freedom of religion” as guaranteed by the Brazilian constitution, and instead conflate the idea of respecting other religions’ constitutional rights with actually adhering to that religion.

Celia brings hard-learned lessons from her experiences in other areas of black activism to the terreiros, showing people that the plight of African-based religious groups is fundamentally a problem of rights, not ideology. By doing this, she hopes to stem the erosion of rights and establish a strong and respected presence for these religions in Brazilian society as a whole.
Central to Celia’s strategy is the official registration of terreiros with the government. Once registered, terreiros gain access to a range of public services and tax benefits on equal footing with Catholic and Protestant churches. Celia created a template for the registration process, and has successfully registered most terreiros in her home city of Belo Horizonte. Through her links with national black social movements, she will extend her registration process by making her template widely available to religious and social leaders in other Brazilian states.
Her strategy also involves educating officials at local, national and international levels by actively representing Afro-Brazilian religions and advocating for greater respect for their rights at congresses, conferences, protests and other events. She is bringing religious leaders together and changing the interfaith dialogue from one focused almost exclusively on dogma to one dedicated to each group’s right to exist and to practice in peace. She has organized national campaigns against intolerance and, through her work in the terreiros, is preparing a new generation of leaders to champion the cause of religious pluralism.
She also works within the faith, teaching members, especially young people and religious leaders, to be watchdogs for violations of their rights. Celia is currently organizing “electoral quilombos,” political groups that educate voters and support Afro-Brazilian candidates for public office at the local, state and national levels. They aim to counter the growing political influence of the country’s evangelical churches, which regard Afro-Brazilian religions with active intolerance.
Celia’s ultimate goal is to ensure that the Brazilian constitution’s provisions for religious rights are reflected in reality. To achieve this goal, Celia weaves together the threads of social activism and religious practice to promote a greater understanding of Afro-Brazilian faiths and combat intolerant attitudes toward human rights and pluralism.

The granddaughter of slaves, Celia is the youngest of 11 children born to illiterate parents and the only one of her siblings to complete a university education. Celia is a practitioner of Candomble, a religion originally brought to Brazil by African slaves, but her brothers and sisters belong to different faiths, so she learned at a young age the importance of religious tolerance.
Celia has worked for 15 years as a primary and secondary school teacher, dedicating time to working with youth in high-risk areas. She was also an activist in the black social movement for 18 years, especially vocal in the fight against religious intolerance. As a practitioner of Candomble, she knows firsthand the discrimination and persecution that people of African faiths face. She often found that her religious practice was considered a taboo subject with her fellow activists. Likewise, her social and political activity did not have a place in the terreiros where she worshipped, as religious leaders were reluctant to engage in issues of politics and citizenship.
Celia’s bifurcated life inspired her to create a unique solution to the problems facing African-based religions in Brazil, one that combines political and religious activism. She is now creating a nationwide network to spread her plans for registering terreiros, and is in the process of cataloguing her research on Afro-Brazilian religions, including those of the Candomble and Umbanda traditions.