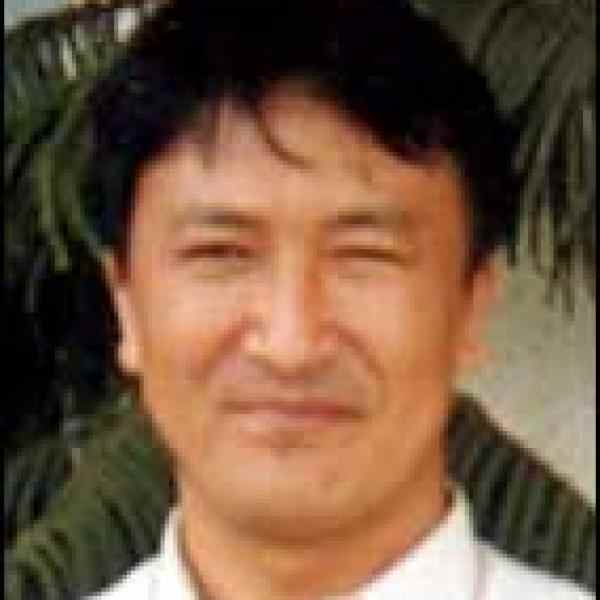 Villages in the highest altitudes of the Himalayan Mountains face isolation and economic stagnation. As a result, they lose dozens of young people every year to increasingly crowded urban areas. Bir Bahadur Ghale electrifies these villages with a small hydropower plant and helps them attract new business ventures that stimulate their economies and draw young people back to their communities.

The best way to stem the tide of people leaving remote villages is to fill those villages with energy and opportunity. Bir Bahadur Ghale accomplishes this by constructing micro-hydropower plants, just large enough to light a town and support a wave of new businesses. In linking sustainable power generation to industrial and commercial ventures, he creates jobs that enable villagers to buy electricity and revive their failing villages.
As he builds micropower plants throughout Nepal, Bir Bahadur makes sure that each one has the support it needs to run smoothly. On a practical level, he establishes district service centers to answer technical questions and make needed repairs. To support power management, he has founded the Nepal Micro-Hydropower Entrepreneurship Federation, connecting hundreds of plant managers to trainings and idea exchanges, and uniting them to advocate for rural development in national policy.

The rural villages and towns of Nepal have almost no access to electricity. While the national power grid covers much of the plains and urban areas of the country, it does not yet reach these communities, home to more than 85 percent of Nepal’s population. The absence of a managed power source in these communities makes commercial or industrial ventures impossible on all but the most limited of scales. With little access to urban economies, rural families survive on meager subsistence farming.

Nepal’s intricate network of steep rivers and streams makes hydropower a solution with excellent potential for addressing rural energy needs. Legislation supporting micro-hydropower projects raised hopes for new progress in rural electrification during the 1980s. Nearly 1,400 micro-hydropower plants have been established since then, but many are now on the verge of closure due to improper management and technical failures. Negligence and lack of long-term planning have kept hydropower from meeting its great potential, wasting valuable and scarce resources on power projects that are never used.

Without power, opportunity for social and economic advancement remains outside the reach of most rural residents. The situation pushes rural villagers to move away from their homes, searching for work in urban areas and other countries. The result has been a mass exodus that strains the resources of cities as it tears the social fabric of rural communities.

In 1991, Bir Bahadur built a micro-hydropower plant in his hometown of Barpak, providing enough power to electrify every household in the village. He spent weeks convincing his neighbors of the benefits of electricity, preparing the way for a remarkably quick expansion of his power network. The laborers who built the plant, mostly from poor families, were the first to have electric light. Bir Bahadur and his team lit the streets a few weeks later, and within months allowed electric access to the great majority of farms and houses of the village. For every household in the village, electricity gave cheaper, easier and cleaner lighting than old kerosene lamps.

Bir Bahadur tied his energy generation closely to the development of industrial and commercial ventures in the village. He attracted outside businessmen and trained local entrepreneurs to use electricity to spur economic growth. A paper business, a saw mill, and a furniture factory all emerged and provided new employment for the young people of the village. Bir Bahadur recruited investors to establish a bakery that provided fresh bread at a cheaper rate than villagers had previously paid for two-day-old bread brought from the nearest settlement. With these successes, migration away from the village decreased, and many people who had previously moved to the cities came back to join their families.

Encouraged by the rapid growth of his network in Barpak, Bir Bahadur quickly adapted his methods to serve other communities. He designed feasibility studies and outreach programs to inform villagers about the benefits of electricity for home use, and about the business opportunities that electricity can support. The programs were effective; over the past decade he has led the construction of 22 hydropower plants in five districts across Nepal. He founded the Barpak Service Center to give technical advice, perform needed repairs, and generally keep the plants running smoothly.

Bir Bahadur has partnered his plant construction projects with ropeways that can carry needed goods up the steep Himalayan slopes that separate rural villages. His first ropeway, connecting Barpak to the markets of Rangrung, greatly reduced the time that villagers had to spend carrying basic necessities to their town; trips that used to take 5 hours now take only 20 minutes. Bir Bahadur sees a great potential for ropeways in the mountainous terrain of Nepal, and plans to expand them to transport people soon. The triple partnership of hydropower plants, new business ventures and ropeways has opened tremendous possibilities for improving quality of life in rural communities.

To help other hydropower advocates achieve similar success, Bir Bahadur established the Nepal Micro-Hydropower Entrepreneurship Federation in 2002. Where the 1,400 micro-hydropower plants spread across Nepal have traditionally struggled with technical and management problems, the federation provides a common platform for sharing experiences and solutions. It unites its members in the common purpose of developing community-owned, independent sources of energy for rural villages and towns. Experienced entrepreneurs help spread awareness of hydropower and support new communities as they launch their own projects. In the process, they train newer network members to take leadership roles in their home districts. As federation members gain experience, Bir Bahadur helps them lobby the government for policy level changes, specifically advocating clear rules for micro-hydropower users and investors.

Bir Bahadur has set an ambitious goal for his federation: to bring electricity to all eligible villages in Nepal by 2014. His work has already spread to all fifteen villages in the district of Gorkha, as well as towns in five other districts. He sees a logical and simple next step to spread his model throughout Nepal, and to neighboring countries with similar terrain.

Bir Bahadur Ghale is from the village of Barpak in the Gorkha district, with a population of approximately 6,000 people. Agriculture is the mainstay of the Barpak economy, and those males who do not pursue agriculture often join the armed forces of India, Singapore, and Britain (which once included service in Hong Kong). Bir Bahadur resolved from an early age to follow a different career path. He attended high school in Kathmandu, the capital of Nepal, but always aspired to return and contribute to the development of his hometown.

In 1986 Bir Bahadur went on a trip to Hong Kong. He was dazzled by the cosmopolitan city and noticed how vital an influence electricity had on the way of life there. Hong Kong was driven by electricity. The underground metro, the tramway, cable cars, elevators—almost everything was powered by electricity. He imagined how life in Hong Kong would change if electricity ceased to exist. The bustling city would tear apart. He thus realized that electricity is a critical commodity.

While working as a petty contractor for the construction of a highway in 1989, Bir Bahadur stopped by a village hotel, noticing to his surprise that in the middle of the mountains this hotel had working electric power. Investigating, he found that the energy came from a simple water turbine at a nearby mill. He thought of his home village, 1,900 meters high in the mountains, a two- to three-day walk from the nearest settlement. Without power, his neighbors lived a difficult life cut off from the basic amenities and infrastructure available to city residents. Facing many challenges, he built and established the 50-kilowatt micro-hydropower plant in his village in 1991. The plant was small, but it was enough to light all households in Barpak village. Since then, through combining demand-driven electricity generation with ropeway transportation, he has transformed the economy of the village. This process has provided new alternatives for the youth of his town, and for the future of rural communities in general.