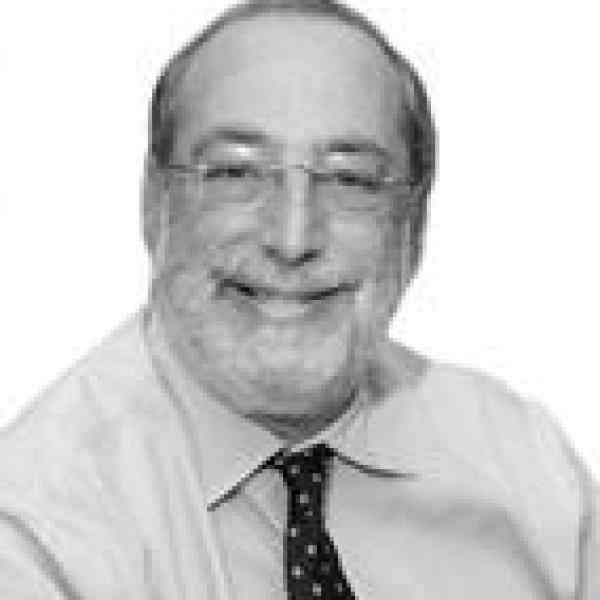 Barry Zuckerman is broadening the notion of health delivery to low-income families to address social as well as biological determinants and focus resources on illness prevention.

Because of a family member’s disability, Barry saw early on the struggles of parents and families trying to secure the right kind of care for their child, and experiencing great difficulty getting the various public systems to support their interests.

Through the lens of pediatrics, Barry has pioneered practical changes in the health clinic setting that fundamentally shift the tenor of care from reactive to preventative, especially for families living at or below the poverty line and experiencing such problems as inadequate housing, utilities shut-off in the wintertime, and food insecurity. Barry achieves this shift by showing the clear link between social determinants and illness in poor families; introducing non-traditional resources like lawyers and early education specialists into the clinic setting by creating new roles for them; and focusing everyone on fixing the root cause of illness at the same time they are addressing the presenting symptoms. Taken together, Barry’s efforts help underserved families, save overall system costs, and achieve a profound mindset shift, orienting professionals accustomed to silos to a truly collaborative approach to illness prevention for low-income families.

Through medical-legal partnerships, Barry’s current focus, he is pairing up front-line health providers and lawyers to deliver care to low-income families and, working together, to change the culture of health institutions. The partnership, now rooted in over 200 clinics, introduces legal staff – paid and volunteer – into the clinic setting by creating a funded role for them. Having piloted the effort at Boston Medical Center, Barry and his team are now advancing medical-legal partnerships as a national movement aimed at shifting care, professional training, and resource allocation to support illness prevention among low-income families.

Many aspects of illness are not determined biologically, and cannot be corrected solely with a prescription. This is especially true for poor families, who contend with environmental factors relating to food and nutrition, housing, and so on that return them again and again to clinic settings and emergency rooms, contributing to poor health, worsening financial circumstances of already struggling families, and escalating health costs for the society.

Meanwhile, there are many existing social support services that can help if they are mobilized at the right moment – these include income supports for food insecure families, utility shut-off protection during the winter months, and mold removal from the homes of asthmatic children. But accessing these supports often requires some level of specialized help and information ¬– it's a complex maze to sort out without guidance, especially if you’re, for example, a single parent, working two minimum-wage jobs, and speaking English as a second language. For poor parents who need the most help, the resources are often absent to make these linkages work to prevent future illness.

There’s also an issue of professional silos, and ingrained notions of what a doctor is and does, and what a clinic is responsible for in terms of health delivery. Doctors are trained to treat illness, prescribe drugs, and so on. And lawyers and early education specialists don't see their place in a clinic setting, or their role in health delivery. Lawyers can only respond in a reactive way – when the situation has reached a crisis point of job loss or eviction. The notion of preventative law as it relates to the health of poor families is not well established. The arrangement of professional inputs contributes to a system that is fragmented, reactive, and ineffective at supporting parents and families toward a path of health and wellness. It also contributes to high burn-out among doctors and lawyers, who grow frustrated at the limitations of their care.

Barry’s strategy operates on several levels and though organizations advanced since the early 1990s. Taken together, these efforts are changing the role and expectation of the health clinic in delivering a broad range of health solutions that prevent future illness.

To better serve poor families by augmenting the perspective and resources of medical staff, Barry brings nontraditional resources and insights into the clinical setting. Early on in his career as a pediatrician, he saw that sickness doesn't always have a biological cause, that many poor families face choices between heat in their house and food on the table – these choices greatly affect health outcomes but are often ignored in the clinic setting.

Beginning in 1993, he hired a lawyer for his clinic to help families unlock and access the host of legal remedies and resources that significantly impact health. The model that grew out of this experience is now advanced through the National Center for Medical-Legal Partnerships, which pairs up legal and medical professionals to ensure that care is delivered across the full range of health and social determinants. Barry kept the effort local in Boston until 2001, at which time inquiries from other institutions increased and the Center convened its first national conference to teach lawyers and health care providers how to adopt the model in their communities and institutional settings. In January 2009, Barry formed an organizational entity fully committed to national expansion and field reform. His team of three full-time staff is hosted by Boston University School of Medicine and Boston Medical Center.

The core components of a medical legal partnership include: provision of direct legal assistance to patient-clients at a healthcare institution; an established referral process and feedback referral loop between healthcare and legal providers; jointly created and led trainings for healthcare providers at a health institution; an on-site legal provider presence at the health institution at least part-time every week; active engagement by both clinical and administrative staff and leadership at a healthcare institution; jointly developed metrics and mandated data collection/sharing; joint medical and legal funding strategies to sustain MLP activity; and an aim toward jointly developed and led external systemic change efforts.

MLPs, which are now embedded in 200 hospital and clinic settings serving low-income patients, operate with little funding – most are funded by local contributions of $10,000 or $25,000 from community foundations and private investors. It is the responsibility of founding members – the medical and legal “champions” in a given clinic setting – to set in place the funding and build the chapter. Most of funding required pays the salary of a full-time attorney at a rate comparable to a legal aid salary. Barry and his national team handle dissemination of best practices among the network, match services to help legal and medical professionals interested in developing a partnership to find each other, and support implementation, knowledge sharing, and annual conferences.

Expanding the role of doctors (and lawyers) to include advocacy is another central thrust of Barry's work. To this end, the national center serves as a platform for advancing policy changes. In March 2010, medical-legal partnership teams representing 17 states met with nearly 70 members of Congress to share about medical-legal partnerships and their positive impact on vulnerable families across the country. The response was overwhelmingly positive. In the months after, the Center worked with policy consultants to prepare medical-legal teams—hosting webinars and trainings on how to prepare client stories and work effectively with legislators. In July 2010, the bipartisan Medical-Legal Partnership for Health Act was introduced, with the expectation for federally authorized funding of a nationwide demonstration project for MLP in 2011.

Central to spreading his core idea is Barry's focus on advancing and actively cultivating the right talent and professional orientation. He does this on several levels: first, by engaging in his initiatives, doctors, lawyers, and other professionals learn by doing, and by realizing impact through a new model and approach. The second is actively working with professional programs to ensure that new graduates and trainees are exposed early in their training and careers to the model. The third is more selective: Barry cultivates entrepreneurs who will take the core idea and, through their own entrepreneurship and leadership, move it out significantly. For example, he worked with Ashoka Fellow Rebecca Onie for almost a decade to help her form and launch Project Health, now operating in six major U.S. cities. He also mentored Ashoka Fellow George Askew, whose Docs for Tots also embraces the core idea.

Barry’s early life exposed him to the struggles of his parents and grandparents as they tried to navigate the health and educational offerings available for one of their disabled family members. Barry’s grandparents, émigrés from Russia, told him of the disrespect they felt at the hands of their doctors, who treated them poorly because they did not speak English well.

As a young man, Barry knew that he loved kids – he loved their joy and their autonomy, and thought he might be a teacher. Life decisions happen in a historical context, though, and to avoid fighting in Vietnam, he enrolled in medical school and set off on a pediatrics track.

As a practicing pediatrician, he grew frustrated and saddened by the limitations of care, especially when it came to providing care to poor families. Foregoing prestigious offers elsewhere, he came to Boston Medical Center in the early 1990s because he saw an opportunity to transform pediatric care as the chair of the pediatric department. As New England’s largest safety-net hospital, 70 percent of the Center’s patients live at or below the poverty line, it allowed Barry a laboratory to see problems, test solutions, incubate new ideas into organizations, and fundamentally change the institutions and professionals responsible for care delivery.

In 1989, he formed – with another pediatrician and several early education specialists – the national organization Reach Out and Read. Its aim is to help parents take their small children up a learning curve through early literacy. The effort relies on pediatricians to deliver books every six months, from the six-month check-up through to year 5. Doctors help parents see how to read aloud to their children and help them develop early language skills, as well as the social-emotional skills that are formative for the development of empathy. Reach Out and Read now reaches 3.9 million families, most of them low-income. Barry has started or advanced several other initiatives, including Healthy Steps, and Witness to Violence. He is now broadly scaling the approach he began developing in the early 1990s: medical-legal partnerships.