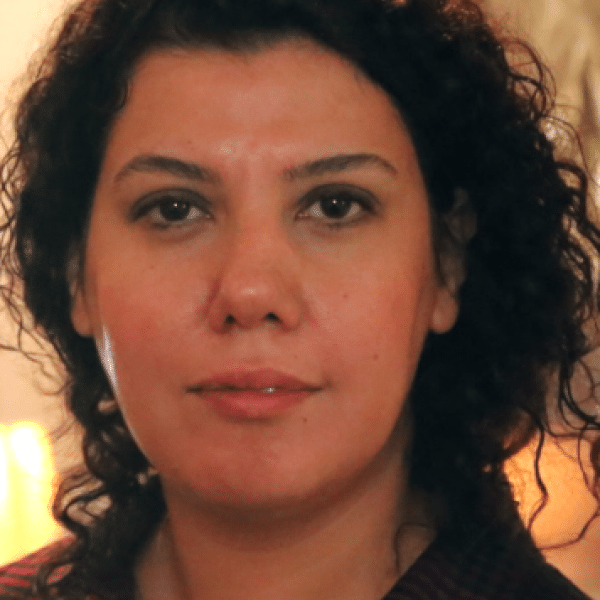 Azize works with street children of Diyarbakır, whose families were displaced from their villages as a result of armed conflict between armed Kurdish groups and Turkish military and the forced migration that followed. Using spaces and materials that are familiar to children such as street trash, local folklore and myths, Azize builds games, toys and a series of psycho-social activities that fosters confidence, self-respect, empathy and creativity in the children. Azize and ÇAÇA also act as a support center for the families and an initiator of cross-sector partnerships to intervene at the problem at multiple levels. Their efforts have played a key role in diminishing the number of street children in Diyarbak?r by half, which gives them courage as they plan to expand to other cities in the region.

Azize’s commitment to understanding the challenges street children face, her insights into their lives and her determination to develop a community-based, local and in-depth approach to remedy and empower children have helped her create a model that monitors, protects and supports children and their families to break the cycles of poverty and violence they face.

Azize and ÇAÇA establish a safe haven for children, free from all violence and discrimination they face at home, school or on the street. Their center acts as a home to a series of programs they design and implement to encourage the development of important life skills in the children. These programs include art workshops to foster creativity, as well as child to child, and youth to child programs to foster social skills such as empathy and communication without violence. All based on local customs, materials available in the ghettos and delivered by local youth from the local university, the programs are not only sustainable but also effective, in that they are familiar and easily accepted by the children.

Realizing that children constitute a whole with their families and the larger community, ÇAÇA also supports the families through household visits where they monitor and mentor them on risks faced by their children. Keeping a directory of the needs in the children’s families and the community, ÇAÇA brings in other civil society organizations and government agencies and follows the processes closely to ensure the needs are met. ÇAÇA also shares its experience and know-how to have more effective and better informed children’s policies and programs in the region.

ÇAÇA believes that revealing the actual potentials of the children constitutes an important factor towards the solution of all problems experienced in the post-conflict environment. Having reaching over 1500 children and 200 families annually, ÇAÇA’s efforts have been instrumental in diminishing the number of street children in Diyarbakır by half in the past five years, which gives them courage as they plan to expand to other cities in the region.

South Eastern Anatolia has been marked by political turbulence and armed conflict between Turkish security forces and armed Kurdish groups since the early 1980s, which has led to the displacement of over 1 million people. Many of those fleeing their villages settled in the nearby provincial cities such as Diyarbakir, creating their own settlements on the outskirts. Nearly two decades after the end of high-intensity armed conflict, communities continue to live in the ghettos marked by extreme poverty, lack of services and incidences of violence.

Most families have six to seven children and are unable to adequately care for them or to send them to school, leaving children on the streets and open to all kinds of exploitation. Moreover, families tend to see their children as an economic asset just as in the rural culture where they come from, causing children to also work on the streets and carry the burden of their families’ poverty. As a result, most children do not make it past primary school, growing up running wild or working in Diyarbakır streets. Without any outlets to express themselves or cope with the violence they experience at home, schools or the streets, children easily get politicized and seek release in Diyarbakır’s vibrant, yet often violent street-protests. Throwing stones at the police has become a signature act of the children of Diyarbakır, resulting in many children facing disproportionate penalties such as imprisonment for 23 years or more.

Under these circumstances, children continue to carry the burden of social, political and armed conflict in the region from the region’s past into the future of the country, when they are key to breaking the vicious cycles of poverty and violence in the society. Current government efforts (be it the Kurdish local government or the Turkish central government) fail to address the root causes of the problem, because they prioritize ending the armed conflict (which is symptomatic of deeper problems) and keeping their voter bases happy. Interventions of large NGOs from other parts of the country lack locality, depth and continuity, as they are usually short-term and one-off workshops, imported from the more developed regions of the country, failing to acknowledge local dynamics.

Azize and ÇAÇA target children between the ages of 4-6 and 7-14 who are or under the risk of working on the streets and their families. In order to support the healthy development of children living under the most unfavorable conditions, ÇAÇA designs and implements activities and programs that strengthen and support life skills such as confidence, self-respect, empathy and creativity, as well as communication skills and problem solving without violence. Activity and programs span a wide range, from art and toy-making workshops that seeks to foster creativity, to child to child, and youth to child programs that seek to foster social skills such as empathy, communication and critical thinking. Children are carefully watched and tracked as they participate in the activities, which serves to both track the impact and to identify any warning signs from their homes and surroundings.

Despite the wide range, all activities share some common principles: all are rooted and implemented in the children’s daily environment and through community engagement. Instead of bringing the children foreign toys and games, ÇAÇA uses local materials such as trash, local plants and household items to make toys and modifies local games and myths so that they instil positive values and skills. ÇAÇA builds on the capacities of local youth and university students who are good role models and sensitive to local needs traditions in delivering the program activities. In doing so, ÇAÇA and Azize seek to foster sensitivity and will to participate in the protection and development of children in the communities and families they work with. ÇAÇA also makes regular household visits to both mentor parents on children’s development (topics of household visits match the issues and skills being worked on with the children) and to monitor the risks faced by children in their homes.

ÇAÇA then remedies these risks (be them health, security, employment or other issues) by bringing in related civil society and local government agencies, tracking the processes closely to make sure the support needed gets delivered. Finally, ÇAÇA shares its field experience and know-how to have more effective and better informed children’s policies and programs. It has also played a central role in forming a network of youth &amp; child workers in 4 cities from the region and Istanbul (cities sharing a similar faith to Diyarbakır in terms of internal immigration), which forms the backbone of their expansion strategy for the near future. While the workshops target the children individually and builds their individual skills, it is the work with local civil society, government agencies and child workers that changes the system of how the problem is approached and solved.

Azize was born and grew up in Diyarbakır, experiencing first hand the high-intensity armed conflict and the social and economic destruction in its aftermath. She watched waves of migrants arrive from their villages in the rural parts and settle in the outskirts of her city. She watched children on the streets, wasting their potentials and getting exploited day after day.

After returning to the city after getting her university degree in Ankara, and driven by the sense of responsibility toward the community where she was raised, she started leveraging resources for the immigrant communities from her university, as well as her networks in Ankara and Istanbul. She first started working with women and children on rehabilitation and domestic violence.