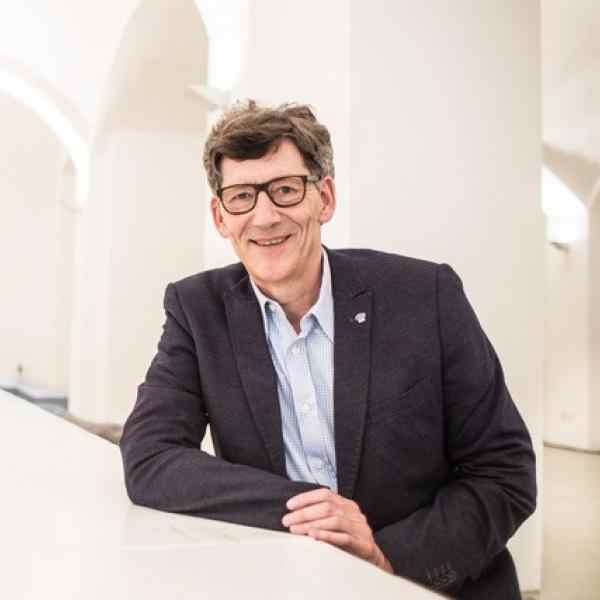 In Germany and throughout Europe, insolvency dooms one’s condition financially and also socially. Using the spirit, engagement, and skill of insolvent micro-entrepreneurs in a peer help group, Attila von Unruh empowers, destigmatizes and lobbies for insolvent peoples’ ability to restart their entrepreneurial lives.

Officially filing for insolvency severely restricts a person’s earning capacity for a period of six years, but effects go far beyond that: Many insolvents live in secrecy and personal isolation, and thus experience severe disadvantages in their job search or when banks refuse to open accounts for them. It is this lack of opportunity and changed life trajectory that constitutes the deeper tragedy of insolvency. Attila recognizes that the stigma can only be removed if one works with people before, during, and after their experience in bankruptcy. Approached this way, insolvency can become an opportunity for citizens, rather than a source of shame and stigma.

It was when Attila personally experienced bankruptcy that he recognized the lack of an effective support system. He realized that insolvency should be a tool to bring about future opportunity, in particular, for the many micro-entrepreneurs who are the hardest hit. Attila began Insolvents Anonymous (IA) as a self-help group in Cologne. IA provides insolvent individuals with the infrastructure and network needed to prevent future instances of personal bankruptcy. IA also builds a community of support for insolvent individuals at all points in their insolvency experience, operating under the principle that those experiencing insolvency themselves can reverse the vicious circle of shame and isolation.

IA has impacted 5,000 insolvent individuals and is fostering an entrepreneurial culture that removes the isolation of insolvency, replacing it with self-reinforcing peer connections and support for insolvent peoples’ futures.

The stigma of private insolvency in Germany associates bankrupt individuals with professional failure. In reality, bankruptcy is rarely the result of misconduct but instead of family difficulties, illness, or job loss. In 2010, insolvency affected 140,000 people in Germany and caused lost economic potential of around US$70B per year. 6.4 million Germans are in debt, which is double the prevalence of twenty years ago. Roughly half a million additional individuals are on the brink of insolvency. Due to labor market reforms and massive job losses, millions of people have resorted to micro-entrepreneurial activities, often becoming self-employed contractors. Micro-entrepreneurs are sent into an abyss of isolation and are often too ashamed to officially file for bankruptcy. As a result, there are more bankrupt individuals than the statistics can fully convey.

Unlike processes in other market economies, including the U.S. with its Chapter 11 protection, the German insolvency law puts creditors’ interests before the protection of those in debt, which reinforces the broader societal stigma of failure and isolation around insolvency. Similar to the legal process in Germany, the interests of creditors dominate the market and banks are in a position of control. This aggravates the situation for debtors and destroys their chances of restarting. Only 2.9 percent of cases are even completed according to the legal framework, leaving the majority of affected individuals and businesses in a grey zone that requires individual arrangements with creditors. From a financial perspective, representing the debtor is less attractive and profitable. Thus, insolvency becomes a period of inactivity: Insolvents are currently denied the central and strategic role in attempts to better their own condition.

A powerful taboo and a fear of failure cause many entrepreneurs to avoid facing facts and acting early. There is also a severe market breakdown in the support mechanisms for people at risk of insolvency. While there are government-funded coaching services offered through established local social welfare organizations, they cannot keep up with the demand. It often takes months to even get an appointment, leaving the majority of people without the timely support they need. Insolvency paralyzes individuals instead of representing a period of time for restarting peoples’ lives.

Originally formed in 2007 as a self-help group in Cologne, Attila’s IA has rapidly developed into a movement with a broad vision. IA’s vision is to transform Germany from a country in which one either succeeds or fails into a society where entrepreneurial minds can both fail and succeed. IA is modeled after Alcoholics Anonymous with respect to anonymity and low entry barriers. Unique to IA is its combination of (i) peer support (ii) consulting and (iii) lobbying. This combination of strategies is transforming insolvency into a tool instead of a hindrance.

With respect to peer support, IA’s strategy is comprised of open local groups that incorporate people who are at risk of insolvency. IA also provides peer support to people who have already officially filed as bankrupt, by providing links to support structures that are not acting in the interests of the creditors.

Through these local groups, Attila taps into the expertise and experiences of insolvents themselves, providing them with meaningful engagement and economic opportunities as coaches or consultants for individuals and businesses in financial difficulty. Because insolvents are often entrepreneurially skilled and business savvy, these opportunities shift insolvency into a productive time, devoid of stigma. The peer support and consulting enables the beneficiary to reenter society and various fields of work as an active contributor. What is more, the consulting process encourages insolvents to pursue socially entrepreneurial careers for a meaningful and productive future. Attila is committed to helping insolvent entrepreneurs find new opportunities, restart their economic livelihoods, and become powerful changemakers.

In terms of lobbying, Attila realized that nobody speaks for those insolvent. He has created the first active body on behalf of insolvents in the policy arena. For example, Attila has been invited repeatedly as an expert to help reform insolvency law and to work with the association of creditors, both being key steps in his efforts around this issue, and he has been featured numerous times in media, providing information and breaking the taboo of financial failure.

IA groups have formed and spread in nine cities in Germany and also in Austria, with additional requests for groups to begin in Holland, Italy, and other cities within Germany. Attila recognized that this desire for expansion would require a more ambitious and entrepreneurial driver organization. Only two years after the first group session, Attila founded a dedicated charitable association to fuel the movement: The Association Insolvency and New Opportunities or BV INSO. The BV INSO develops volunteer-driven projects including a fund to help people out of debt, a phone hotline, drop-in sessions and public outreach. Its funding is derived from membership dues and partnerships, ensuring that it maintains its independent voice. In the next stage, Attila plans to create and spin off programs around the core activities of BV INSO, such as the consultancy.

Attila was born in Lima, Peru, and has been a serial entrepreneur since his early years. Despite earning the qualifications to go to university after his family relocated to Germany, Attila chose to found his first business after a brief spell as a flight attendant. He launched an extension of his airline in his home of Cologne. Still in his early 20s, Attila then began a chain of restaurants and a catering business, experiencing entrepreneurial success and independence. In 1995 he created an event marketing agency as well as an event technology firm (which he sold in 2000), and was sought after as a coach for businesses in crisis.

A key moment in Attila’s career as a social entrepreneur came a few year later, when he was hit by bankruptcy during the sale of his company and subsequent mismanagement by the new owners. Attila was left liable for the damage even though he was not responsible for causing it. Like most insolvents, he experienced personal feelings of inadequacy, frustration, and despair. Attila’s wife began working full-time to support the family. Attila took care of the house, in addition to cooking, cleaning, and caring for their daughter during these first years of insolvency. He then studied to become a certified systemic coach. In 2010 he was awarded the Königswieser &amp; Network Award, enabling him to complete a one-year training as an international business consultant.

During these intense yet humbling years of self-discovery, Attila became curious to speak with others in this situation, to learn about different methods of handling the challenges of insolvency. In Cologne, he discovered 250 self-help groups, yet there was no support network for insolvent or bankrupt people. Attila refused to give up on being an entrepreneur despite the barriers he faced and he began his new life mission with Insolvents Anonymous. He will soon complete his six years of legally prescribed personal bankruptcy, which will allow him to embrace his identity as a full-time social entrepreneur.