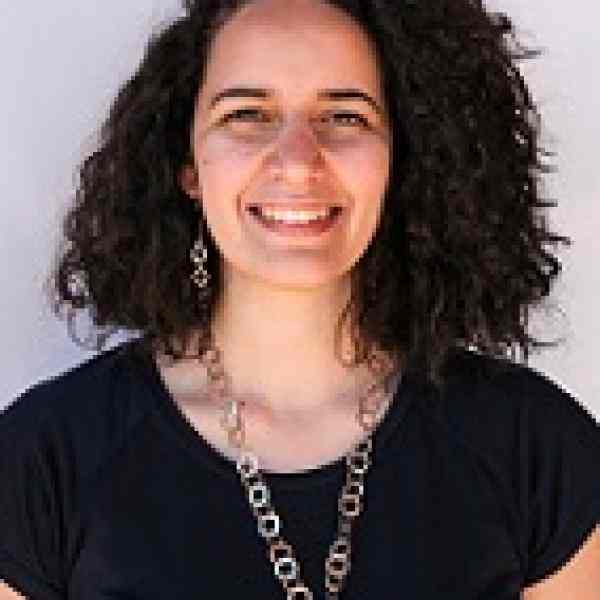 In a situation where the prevailing attitudes of young people are to wait for family connections, charity or government actions and with no existing culture of entrepreneurship, Asma is introducing a cultural shift in which young people take solving social problems in their own hands. She is breeding a new field through creating an enabling environment supportive for social enterprises.

Asma is creating a new culture and approach for solving social problems in the Arab Maghreb sub-region (Tunisia, Morocco, Algeria, and Libya) by introducing to the community, the government and the private sector the concept of social enterprise. As an alternative to government dependency or immigration when facing social problems, Asma is offering communities a third option which empowers them to have an active, innovative role in changing their situations.
In a non-favorable environment for social innovations and with the absence of relevant legal frameworks, Asma has launched the first movement across the Arab Maghreb sub-region to create an enabling environment for social enterprises and develop its ecosystem in a uniquely holistic manner. Asma is doing so through promoting and spreading the concept of social enterprises and supporting a new cadre of social entrepreneurs. She is thereby sowing a culture of social enterprises within the community as well as mobilizing community members and youth to lead the change towards a socially entrepreneurial environment.
To promote social enterprises, Asma employs tactics of advocacy, awareness, education, and lobbying for a new legal framework directed to young people, government personnel, universities and the public. Additionally, for supporting a new generation of social entrepreneurs, Asma works with existing private and public incubators to provide technical assistance to social entrepreneurs, linking them to funding opportunities, as well as a market and commercialize their products and services.
Asma’s work has spread throughout Tunisia and has already been replicated in both Morocco and Algeria. As the architecture of an entirely new ecosystem, Asma is shifting perceptions, creating jobs, and increasing economic opportunities.

The Tunisian and the Arab Maghreb sub-region have undergone much change and transformation, especially after the January 2011 revolution. The mass protests demanding freedom, dignity and employment that occurred during this time reflected the growing social problems in the region. Problems such as regional disparities, social and economic injustice among urban and rural areas, environmental degradation, inequality and unemployment were unveiled and became publicly discussed issues. The percentage of the population living below the poverty line in countries of the Arab Maghreb sub-region range from 9% in Morocco, 15.5% in Tunisia to 25% in Algeria. Unemployment rates soared to1million unemployed Tunisians by the end of 2011, reaching 20% of the population in big cities and up to 80% in rural areas. In Algeria, youth unemployment is 17%, while in Morocco 49% of young people face a high level of exclusion by being out of school and out of the workforce.
With the increasing social problems, blaming the state or expecting state-engineered solutions would clearly not meet the urgent demands for the creation of economic opportunities and solving social problems. The Arab Maghreb society was searching for alternatives that could lead to the resolution of economic and social problems. One such alternative is social entrepreneurship. Major systemic obstacles, however, stand in the way of social entrepreneurship taking root in the Maghreb sub–region.
The education system in the region fails to equip young graduating students with tools and skills necessary to embark on careers in social enterprises and innovation. Another obstacle is mentality developed during the long years of dictatorship, where citizens' minds have been locked and entrepreneurial opportunities were limited by high corruption rates, leading many young adults to develop a risk adverse attitude. Furthermore, the societal norm to solving social problems is through unsustainable charitable endeavors and is plagued by the belief that it is the role of the government to solve these problems, not the citizens. The existing legal frameworks in the Maghreb are not conducive to the development of social enterprises as the legal status of "social business" or “social enterprise” does not exist. The Tunisian legal framework for instance does not support the establishment of ventures which combine social impact and financial profits.
All actors working on creating an enabling environment for social enterprises in the Maghreb sub-region had been limited to the provision of incubation services. Incubation, however, is simply not sufficient to empower aspiring social entrepreneurs. Budding initiatives thus fade out due to the absence of a proper supporting ecosystem in place, such as legal frameworks, access to markets, financial capacities and tax incentives. As much as incubation and financial support is important, creating a future generation of potential social entrepreneurs is key to escalating the positive impact of social enterprises on the national economy.

Asma was born and raised in a traditional conservative Tunisian family: one in which a child has to obey rules and follow the pre-drawn path of life by parents. It is in this context that Asma studied accounting in the Institut Supérieur de Comptabilité et d’administration d’entreprises. However, this education did not prove fulfilling to Asma with any further insight in how to follow her passions and find a career she loved. At the age of 15, she began writing in Arabic about society, her perception of life, women in her family and how they are perceived by a patriarchal community. Asma’s writings reflected refusal to adapt to the social norms and gave her a reputation of being somewhat rebellious.
During her university years, Asma organized more than 50 large events, and was involved in multiple leadership positions in student organizations including Junior Chamber International (JCI) and AIESEC (a global youth network). In Asma’s freshman university year friend was diagnosed with cancer and needed a blood donation. Asma immediately organized a blood donation campaign, using a team of university members she had formed. The initiative attracted the attention of JCI, who asked Asma to join their organization.
Asma recognizes her time with JCI as an eye-opening experience, one which allowed her to get a wide exposure to several social issues such as environment, health care, education, human rights and social exclusion while implementing social projects and learning all aspects of managing a team, raising funds, coordinating media efforts and negotiating partnerships. Following her graduation from university, Asma was offered a scholarship by the US Embassy to pursue a mini-MBA in the Mediterranean School of Business, Tunisia’s most prestigious business school. After finishing her mini-MBA in 2010, she was offered another scholarship for a Master degree by the Ecole Supérieure de Commerce in Tunisia, the director of which had recognized Asma as one of the future impactful women in the Arab World.
Passionate about the belief that people must lead the change they desire, Asma co-founded a human rights organization, the People’s Movement for Human Rights Learning (PDHRE Tunisia) which aimed at integrating human rights into citizens’ daily lives. In light of the Tunisian Revolution, Asma played an active role in Tunisia’s quest for democracy. Being able to speak seven languages, she translated information for several foreign newspapers to help the global community get a clear picture of her country.
During Asma’s involvement in the citizen sector, she witnessed the great needs of the civil society. Like the inefficiency of some actors, the absence of an enabling environment, a fundamental lack of public awareness, as well as a culture of government dependency. This led her to start the center in 2011. With her passion for social causes and her heightened skills of leadership, networking, mobilization, problem solving and creativity, Asma is leading the way for a socially entrepreneurial Maghreb.