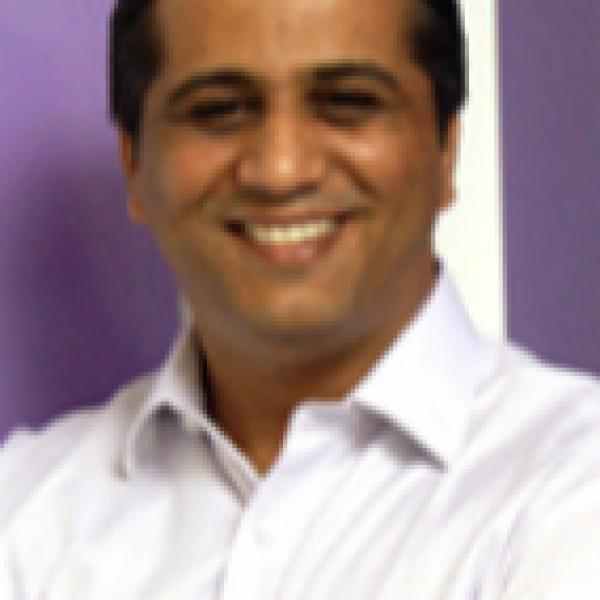 Vaatsalya Healthcare
Dr. Ashwin Naik, the co-founder and CEO of Vaatsalya, aims to provide affordable and quality healthcare services to India’s underserved, rural, and semi-urban populations. The success of his health…
Read more

Vaatsalya provides direct care through 9 hospitals in small towns, catering to more than half a million customers per year with a cumulative impact of more than 3 million people to date. More importantly, Vaatsalya is establishing a new industry of rural healthcare in India which is now accepted as the new normal.

Dr. Ashwin Naik, the co-founder and CEO of Vaatsalya, aims to provide affordable and quality healthcare services to India’s underserved, rural, and semi-urban populations. The success of his health care service company has demonstrated the viability and potential of small-medium sized private hospitals to efficiently serve impoverished citizens in India. Furthermore, Ashwin is working to make these hospitals magnets for the growth of the service economy, especially in sectors such as pharmacies, diagnostic labs, and medical-related training.

Ashwin founded India’s first network of hospitals that primarily focus on Tier II (semi-urban) and Tier III (rural) towns. Ashwin’s model provides quality service at affordable prices, which he has achieved by establishing hospitals that are small and easily manageable. Moreover, Vaatsalya hospitals generally adhere to a collection of strategies, including accessibility, quality, and efficiency (i.e. reduction of expenditures and administration of minimal procedures). He has also developed partnerships with local organizations and has worked to acquire insurance (as a cost-reduction strategy) for patients. Ashwin’s hospitals cater to middle- and low-income families. The hospitals have been successful in reaching a wide-range of clients, as 45 percent of Vaatsalya’s patients travel from surrounding villages.

Ashwin adamantly believes that a holistic approach involving the addition of services and the discovery of new opportunities is essential to the enhancement of health care. Vaatsalya is indeed a pioneer in Tier II and Tier III communities, which have the potential to provide tremendous growth over the next five years. Ashwin’s model is currently flourishing as it seeks to serve low-income populations in four surrounding states (Andhra Pradesh, Maharashtra, Kerala, and Tamil Nadu).

Currently, Ashwin is trying to develop “doctors as entrepreneurs” that will not only deliver quality services, but will also replicate and expand Vaatsalya’s model on a larger scale.

Since the 1980s, sector reforms and a series of liberalization policies have created new profit-making opportunities for local and international corporations in India’s health care market. A new pro-market regulatory environment has further attracted private investment to the hospital sector. While India’s demand for hospital care has increased, public and private hospitals have failed to deliver on either quality of quantity. With such an untapped market and a favorable regulatory environment, corporations see a tremendous growth potential in Indian hospital care.

Vaatsalya hospitals have two primary missions. On the one hand, the company hopes to reduce the supply-demand health care disparity that currently exists between India’s rural and urban populations. At the same time, Vaatsalya aims to create a viable, socially responsible opportunity. With a professed focus on “friendliness in service, affordability in cost, cleanliness in settings, and efficiency in operations,” Vaatsalya’s hospitals provide both primary and secondary care in five specializations—pediatrics, gynecology, surgery, internal medicine and , nephrolgy/dialysis

Ashwin has strategically established hospitals in smaller towns (and close to public transport) in an effort to provide greater accessibility for a wider range of residents. Although he believes that effective health care does not necessarily need to be “Hi-Tech,” he stresses that it must be “Hi-Touch” and focus on effective and timely diagnoses, treatments, and prevention strategies. For example, Vaatsalya does not invest in expensive equipment (e.g. the company performs X-Rays but not CT/MRIs). Vaatsalysa also hopes to offer attractive returns to blended investors.

Ashwin is looking for semi urban establishment locations, which contain adequate infrastructure and public transportation, to simultaneously offer access to local inhabitants as well as rural residents. His current client composition underscores the need for such a strategy: Currently, 30 percent of Ashwin’s patients come from within a 5 km radius, while 70 percent travel over 30 to 40km to access Vaatsalya’s services.

When Ashwin first began thinking about Vaatsalya Healthcare in 2004, he aspired to attract young doctors to India’s rural communities. This strategy was essential to the success of his rather unique business model to establish accessible, affordable healthcare for rural and semi-urban consumers. In fact, Vaatsalya exercises frugality in all but one area: Doctors’ salaries. The company offers a starting salary of Rs 40,000 (US$675) per month, which compares favorably with the average Rs 25,000 to 30,000 (US$450 to US$562)) per month in cities. They normally recruit recent specialty graduates (from ages 32 to 38) who would typically start working as junior doctors in city hospitals. Vaatsalya, however, offers them promoted starting positions as specialists.

Ashwin is currently developing partnerships with insurance companies and tertiary care hospitals to expand the breadth and depth of Vaatsalya’s services (i.e. currently, more than 90 percent of India’s health care expenses are not insured). For example, Vaatsalya has launched a vocational “health worker” program to train vulnerable female villagers. He is also creating health-insurance products for employees in micro-industries, which are presently being piloted among family-owned small businesses. In addition to the outreach programs, Vaatsalya is working to attract patients by leveraging television and radio advertisement as well as doctor-call-in programs. Vaatsalya operates as a low-cost model that promotes affordable and accessible health care services. The focus on efficiency, however, does not compromise quality. In some towns, Vaatsalya is highly regarded as possessing superior facilities (e.g. in Shimoga, Hassan, Gulbarga and Vizianagaram). Additional elements also make the model affordable, including a strategic focus on reducing the volume of in-house, administered tests. Vaatsalya, for example, outsources specialized diagnostic and radiology tests, such as thyroid testing and CT scans, which helps the company retain its focus on the five core specialist areas—pediatrics, gynecology, internal medicine, surgery and Nephrology/Dialysis. Vaatsalya charges Rs 100 to 300 (US$2.25 to $6.75) per bed per night and caters to basic needs defined by the five areas. Such a specialty enables Vaatsalya to address up to 70 percent of the local community’s medical needs. Each hospital typically contains 70 beds and follows a “no-frills approach.” For instance, Vaatsalya not only has a general ward that is much larger than most hospitals, but it also excludes air-conditioning, even in private rooms.

Ashwin is now exploring a local partnership route with revenue sharing arrangements, which will lower initial capital outlays (thereby lowering the pressure for immediate returns) and reduce real estate expenses. The company’s strategically located hospitals in rural and semi-urban areas such as Hubli, Bijapur, Hassan, Vizianagaram, Narasanapetta and Shimoga further reduce both rental prices and wages for locally hired support staff. Collectively, these measures enable Vaatsalya to charge only Rs 6,000 (US$135) for a routine child delivery—as opposed to Rs. 12,000 to 50,000 (US$270 to $1,124) that urban hospitals typically demand. Ashwin has also established a three-tier pricing structure offering US$100 to US$300 for affluent populations and US$70 to $80 for low-income customers.

Ashwin intends to open hundreds of Vaatsalya hospitals across the country, which will have the potential to impact more than 700 million people. With US$5M venture capital from the Oasis Fund of Switzerland, Ashwin is preparing to serve an additional 1 million customers per year (against 175,000 per year now). He plans to use the money to establish 13 additional hospitals (for a total of 20 hospitals) in Karnataka, the company’s home base, and elsewhere in southern India. With Oasis as secured partner, Vaatsalya can also access the investor’s extensive microfinance network to offer health insurance services.

Vaatsalya currently manages eight hospitals in Karnataka (i.e. with two more in the pipeline, one each in Karnataka and Andhra Pradesh) that are focused on primary and secondary care services. Vaatsalya plans to expand its network of hospitals to five states within the next three years. Aavishkaar, Seedfund, and Oasis Capital collectively fund Vaatsalya’s operations. Once Ashwin has reached his initial goal of 20 hospitals, he intends to expand Vaatsalya to offer an additional 60 hospitals within five years, across five states.

Ashwin has a medical degree from Karnatak Medical College, Hubli and a master’s degree from the University of Houston, Texas. As a child, Ashwin witnessed the struggle his parents endured to access health care in one of India’s many small towns. Such experiences have motivated and driven him to develop Vaatsalya and expand his model across India. Over the next five to ten years, Ashwin hopes to solidify the Vaatsalya model (i.e. leveraging a market-based approach to bring essential health care services to semi-urban and rural areas) and replicate it nationally.

Prior to starting Vaatsalya, Ashwin gained several years of experience in leading multidisciplinary teams in the U.S. and India. Before returning to India in 2002, Ashwin worked on the team that sequenced the Human and Mouse Genomes at Celera Genomics, based in Rockville, Maryland. At Celera, he was instrumental in coordinating multidisciplinary teams to compile and analyze the human and mouse genomes, which resulted in the production of two publications in the leading international scientific journal, SCIENCE.

Ashwin has three patents with the United States Patent Office (with two patent applications on file). In addition, he contributed a chapter on the Origin of Life, which was published in the U.S. in 2004 and is based on his thesis work at University of Houston.

Ashwin has received widespread recognition for his work, such as the TED India Fellowship for 2009.