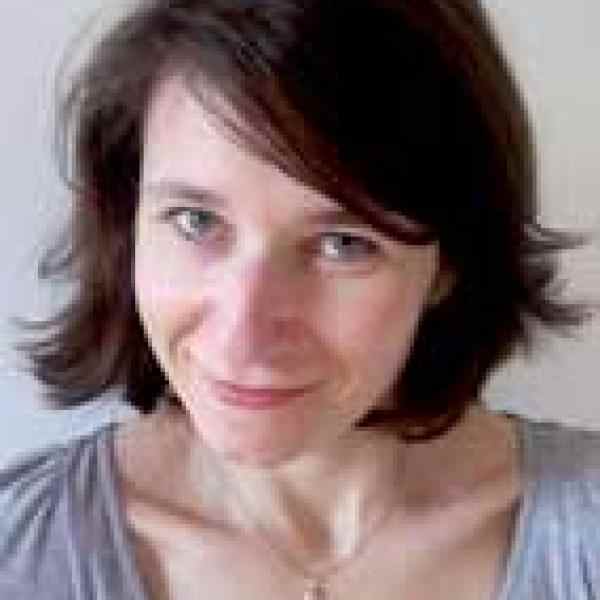 Anna Stevanato promotes bilingualism as a tool for children of immigrant descent to build their identity and strengthen their learning skills. Through bilingualism, Anna empowers children to succeed in school and connect to the broader French community. In doing so, she is ensuring that diversity is something to be proud of, for children, families, communities, and society as a whole. Anna is facilitating the transition of educational practices in France to better integrate diversity and multiculturalism.

Being of immigrant descent should not be a handicap to success. On the contrary, a child’s immigrant descent should be recognized and valued as an asset. Anna is empowering children to learn and value their original language and thus works to leverage bilingualism to build rich identities, improve children’s learning skills, and better integrate them into society. In doing so, Anna is creating a powerful alternative to traditional cultural assimilation policies of past centuries that resulted in the marginalization of groups of immigrant descent, and their struggle within the school system.

By specifically targeting children in low-income communities and helping them grasp their identity and mother tongues, Anna is actually initiating a deep cultural shift among their families and in their neighborhoods. Through community-based campaigns and grassroots mobilization, she is raising awareness about the value of one’s own language and rendering pride to parents for their ability to share their language and culture with their children.

To reach as many families as possible, Anna is engaging early childhood professionals and extracurricular organizations to adopt her approach and tools as early as possible in children’s learning processes. In addition, she is training teachers to integrate bilingualism into their curriculum. By building a national network of educational professionals who promote and spread bilingualism, Anna is poised to radically transform the perception of cultural and linguistic diversity in French society; ensuring that every child has a true opportunity to build upon their roots and thrive.

Ever since the 19th century and the development of a centralized national education system, assimilation has been the dominant educational and inclusion policy in France: Teaching the French language, history, and dominant traditions has always been seen as the best policy to strengthen a unified national identity and secure equal opportunities for all. Local and regional languages have progressively disappeared, while children of the growing immigrant populations have been expected to give up their mother-language, to speak French and to integrate into French society through the national school system. Illustrating the importance of assimilation, the French government does not keep data on immigrants; everyone is part of a united French Republic. As a result, immigrant children are encouraged to ignore or hide part of their identity, both in schools and in their families: Most foreign parents and professional teachers encourage the children to only speak French. Whatsmore, two-thirds of mixed-language couples decide to only speak French with their children. This cultural denial can have dramatic consequences. Scientific studies show that children of migrant origins who reject their mother tongue often develop psychological disorders, are more prone to conflicts, and struggle to build their identity. It is also a missed opportunity, as it is demonstrated that a bilingual balance helps children build strong identities, increases cognitive skills and improves school performance.

Only 5 to 15 percent of the 165,000 children in an age group with immigrant or intermarried parents ever become bilingual. The gap is particularly strong in disadvantaged groups and low-income communities. Immigrants from developing countries, with lower education levels and more vulnerable socio-professional backgrounds, encourage their children to integrate as quickly as possible and to study hard in school, following the general message that the French language is the key to success. Paradoxically, because they are stigmatized and attend lower performing schools, these children would most benefit from the recognition of their cultural identity and from the learning skills they would acquire if they learned and mastered two languages simultaneously. PISA scores demonstrate that France fails to integrate these children effectively: They struggle twice as much as the average student (PISA, 2010).

While increasing the recognition of bilingualism and integrating it into educational practices appears as an imperative to foster equal opportunities in the school system, it requires an in-depth transformation of mentalities and cultures, which is very complex when decision makers do not see a need or opportunity to do so. It requires a deep transformation of teachers’ mindsets, while they tend to be highly attached to the traditional “Republican” school system and resist pedagogical innovation. It also requires increasing the general public’s awareness of the value of cultural and linguistic diversity, while empowering immigrant communities to take pride in their own identity and engage in their children’s education. However, promoting bilingualism effectively has the potential to transform the image of immigrant communities in France and shift the way we value knowledge and diversity, to empower every child to succeed.

Ever since she uncovered—as a linguistics student—the unique value of bilingualism for children’s development, Anna has relentlessly promoted bilingualism and developed approaches for children of immigrant descent, their families, and educational professionals. Founder of the first organization in France dedicated to the idea, she has developed a series of pedagogical linguistic games targeted to children so that they fully take advantage of their unique potential. For almost three years, she has been offering them to 3- to 6-year-olds, a key age to learn a language. Through partnerships with community organizations, she has tested and demonstrated the impact of her innovative approaches. Anna emphasizes the role of history and the culture of the children’s origin and often offers the only venue where children can speak their mother tongue outside of their homes.

Anna’s idea and methods resulted early on in a strong positive response among immigrant families of higher-income backgrounds, most often originating from Western countries. However, Anna struggled initially to reach her priority target group: Low-income families. Low-income families are often stigmatized because of their roots in developing countries and their lower levels of education. From the start, Anna saw the unique opportunity to engage parents in their children’s education and to be proud of their identity, while supporting children to leverage bilingualism and strengthen their cognitive skills. Despite lower fees for disadvantaged households, her first workshops in low-income communities remained empty as parents pushed their children to focus on French. She then shifted her strategy to focus on community-based outreach efforts. These include: Raising awareness among parents, teachers, and social workers regarding the unique opportunity of bilingualism and engaging them in building joint community-based efforts. As a result, Anna increased her workshop frequency from 21 workshops in 11 languages in 2010 to over 60 in 2011, reaching over 1,500 children, with an escalating demand since.

Anna combines her grassroots mobilization efforts with a sustainable economic model—in which she sells the workshops and trainings to direct or indirect beneficiaries—to constitute a strategy that has a strong systemic impact. She has identified 80 partner organizations across the country and is engaging them to use her tools, develop their own pedagogical approaches and promote bilingualism. Anna also offers trainings to a broad range of professionals who interact with migrant children on a daily basis. For example: Early childhood caregivers, teachers, educators, and educational institution administrators. Because she has decided to multiply her reach and capacity, she is now preparing the launch of local franchises that will mobilize low-income communities and identify and train local partner organizations. This process will ensure that every child with immigrant parents takes full advantage of their cultural and linguistic backgrounds to strive and succeed.

Anna was born and raised in Venetia, Italy, and spoke the Venetian dialect at home with her parents and grandparents. Known for its architecture, Venetia is also famous for its tradition of xenophobia and racism. As a teenager, Anna was shocked to hear the extremist stances taken by local politicians. Along with her fellow high school students, she organized demonstrations against racism and embarked on a lifelong journey to better understand cultural differences and build a community of like-minded individuals. This led her to pursue linguistics in her studies and to spend extended amounts of time in Spain and Russia. During this time, she met her husband, who is French in origin. Against all odds, she moved to France—a place where she did not speak the language or know anyone.

Anna naturally decided to teach Italian, and found a teaching post in an at-risk neighborhood’s underperforming school. During her first class, she asked the students who knew a second language (most of whom were of immigrant descent). She was shocked that none of them admitted to knowing a second language. Anna soon understood that French educational culture encouraged them to assimilate rather than cultivate their bilingualism. She was convinced that this contributed to their insecurity, asocial behaviors, and learning challenges. Anna quickly began experimenting and helping students leverage their mother tongues and bilingualism to build their identities and improve their skills.

When Anna’s firstborn child at first struggled with the mix of French and Italian, she looked for organizations that could help her and was startled to find there were none. She decided to create her own, and was quickly overwhelmed with demands from parents facing similar challenges. In order to scientifically demonstrate her intuition of the value of bilingualism for children’s integration, she started an action-research project with a highly recognized research institution (CNAM), while multiplying her experimentations, creating curricula and pedagogical tools and polling immigrant families to identify the type of tools they would need to help their children practice and value their second language.

But while she could have developed her organization to serve middle- and upper-class families, Anna kept her passion for social justice and grew her conviction that immigrants in low-income neighborhoods were those who would most benefit from her work. Without prior experience as an entrepreneur in the citizen sector, Anna has been learning from the best and found strategic support to reach the maximum social impact. With the support of her husband, now a consultant in philanthropy, and of the hub in Paris, she has progressively built her strategy, economic model, and taken opportunities and entry points to reach low-income communities.