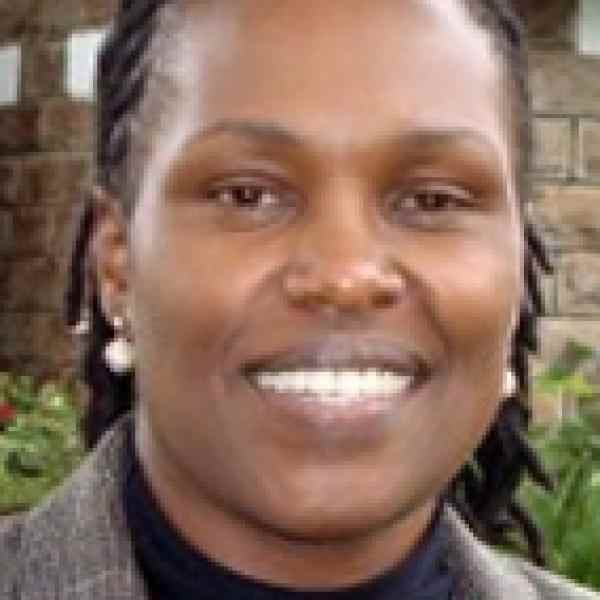 In Kenya, Ann Njogu has paved the way for women who are the victims of sexual and gender based violence to find justice and for the innocent to be protected. A serial entrepreneur, she has done this by organizing creative grassroots media campaigns and by sharing simplified versions of relevant laws and legislation like the Sexual Offences Act. Over the past decade, Ann has emerged as a leader in the fight to curb gender and sexual violence in East Africa and her work continues to grow.

To be successful, a movement aimed at curbing gender and sexual violence had to be based on a solid legal foundation supporting women’s rights. By successfully advocating for the ratification of the 2006 Sexual Offenses Act, Ann set the stage and framework for abused women to find justice and for the innocent to be protected against all forms of sexual and gender based violence.

Legislation is only a first step and must be followed by a constant effort to find ways to spread awareness and lobby government institutions into compliance. Through creative grassroots and media campaigns backed by widely distributed simplified publications, Ann has made information on women’s rights accessible and comprehensible to women and men of all ages.

To strengthen the movement and clear the path to progress, Ann has incorporated a rehabilitation component into her program, reviving and empowering women to become leaders in the campaign to end violence against women. To support this effort, she is providing counseling and support for victims of sexual and gender-based violence. Starting with Kibera slum, Ann is setting up a country-wide network of outreach centers to provide information, legal aid, counseling and psychosocial support to women all over the country.

In a 2003 Kenya Demographic Health Survey, which explored factors associated with physical and sexual domestic violence among married women aged 15–49, 40% of women reported being the victim of at least one form of violence: 36% reported physical abuse, while 13% testified to sexual abuse. Nairobi police statistics document 1,124 female rape victims in 1999 throughout Kenya, a figure that rose to 2,308 in 2003. National statistics put the national figure in the tens of thousands.

When Ann began her work with abuse victims, she noticed a pattern among rape victims who sought help at CREAW: many of these rapes had occurred in the same geographical locations around the city. Many of these areas had no street lighting and provided concealed hiding places for sexual offenders. The police rarely patrolled these areas, allowing for a perpetuation of constant crime and violence. Armed with this knowledge, she launched the Red Spot Campaign in 2004, which caught the attention of the police, the city council, and the private sector, compelling them to play their role in making these areas safer for the public. After one year, the areas covered in the Red Spot campaign were all declared safe for the public. The Red Spot campaign has set new municipal and law enforcement standards for public safety.

Working to reduce the number of rape incidences through the Red Spot campaign led Ann to discover the widespread ignorance among both the perpetrators and the victims. This realization has evolved Ann’s work to include an education program that seeks to educate youth in particular about the rights of women. New partnerships with the majority of national universities has given her the platform to engage university students in monthly debates on issues ranging from human rights to women’s rights and the legal issues that accompany them. Additional partnerships with law instutitues in and around Nairobi has provided internship opportunities to six students from each university every three months. During these internships, the students learn to practice law by providing legal aid support to victims that go to CREAW.

Frustrated by the fact that no established justice system existed to protect and uphold the rights of women, Ann played a leading role in the advocacy that led to the passing and institutionalization of the Sexual Offenses Act of 2006. Determined to ensure that every school-aged girl have access to and understand the Sexual Offenses Act, Ann has translated the act into a more readable version. In partnership with the ministry of education as well as other funders, she has had copies of the simplified version printed along with several other publications on rights of women for distribution in all schools around the country. The simplified version of the publication is being used nationally ub law school curriculums, university debates and talks, as well as in primary and secondary schools.

Ann went on to train judges and lawyers on how to apply and enforce the Sexual Offenses Act and is currently running a monitoring program campaign across all courts of law to identify those that are not effectively applying the Act. The Sexual Offences Act of 2006 is exclusively dedicated to the prevention of sexual and gender-based violence (SGBV) through deterrence and punishment of offenders. It has greatly enhanced the sentencing mechanism for those convicted of sexual offenses; it introduced minimum prison sentences and protection mechanisms for survivors and allows for a third party to be a complainant when a survivor is unable or unwilling to come forward and file a police report. Vulnerable witnesses and complainants can now give their testimony through an intermediary. The new law provides that once a complaint has been lodged with the police it can only be withdrawn with the consent of the Attorney General, further enforcing the protection of women who suffer from victimization.

Looking forward, Ann is focused on creating mechanisms that will allow for the services of CREAW to reach down to informal urban and rural communities. The Kibera slum, the largest African slum, will be the starting point for establishing a network of outreach centers to provide legal aid, counseling and psychosocial support services, shelter and medical aid. These centers will also provide education and create awareness about human and women’s rights through regular community meetings. She is also setting up Help Desks at police stations around the country to act as information points for victims and the public at large. By engaging the voice of the citizen sector at the grassroots level in policy reform, Ann is looking to establish a national network of development-focused community radios. She has already begun the process of involving women and especially survivors of gender-based violence in constitutional reform by documenting and publishing their personal accounts of abuse in a book that has been shared widely with policy makers.

Over a period of almost 10 years, Ann Njogu had risen to the highest level of her career as a corporate lawyer for one of the most successful insurance firms in Kenya. Although she had achieved what most would call great success as a lawyer in the private sector, Ann questioned the purpose for which she applied her skills and talent. A lack of intrinsic fulfillment led her to question the motivation that had fueled her quick rise to the top of the corporate ladder. Seeking to find an outlet for her skills and passion that would allow her to add value to the lives of people in her community she delved into a deep and comprehensive study of how the legal practice was being used to uphold and protect human rights. It is during this study that her eyes were opened to the inequity and injustices facing women all over the country. First, she realized that with just a handful of organizations in existence at the time to provide support and legal aid to victims of abuse, the system was grossly inadequate in addressing the needs of all the women that needed support. It was this insight that inspired Ann to start the Center for Rehabilitation and Education of Abused Women.